The Long Fight and Solitude of an Afghan Woman 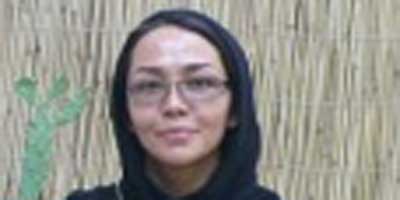 It has been more than a year since Batool Muradi has begun her legal battle to regain her dignity and claim basic human rights for herself and her children. The fight has been exhausting and hopeless at times, but, if victorious, she will become the first woman in Afghanistan to win a case of this kind.

Batool’s ex-husband, Ghulam Hazrat Wahriz is a writer and a high official at the Ministry of Foreign Affairs of Afghanistan. He had declared that one of Batool’s children did not belong to him. In Afghanistan this is a very serious accusation with deep legal and social consequence — humiliation, harassment, threats, insults, imprisonment, public banishment, or even stoning.

Batool is a poet, painter and writer and was an active participant in Afghanistan’s intellectual life before Wahriz leveled these accusations. Now, she has a difficult time just finding a place to live because no one would rent to her. Her children are also facing consequences. According to Afghan law a child’s identity is based on that of his or her father. Batool’s son was not able to get a national ID and would have not been able to get a passport to travel outside the country without the known identity of the father.

Two years after their divorce, Wahriz reappeared in Batool’s life and asked for the custody of her older child. In the mean time, Batool had opened a legal case to prove that her children were born to Wahriz and herself.

About two months ago, after nearly a year and a half of battling the corrupt, unjust and discriminatory justice system in Afghanistan and tolerating and fighting humiliation, threats, harassment, and bribe requests, she was able to conduct a DNA test on her younger child. The test proved Wahriz’s accusation wrong and Batool innocent.

This was the first time in Afghanistan that DNA tests were conducted for proving paternity. This accomplishment was an important one for Batool, but also for women in Afghanistan because the kinds of accusations and problems she faced are not uncommon.

However, Batool’s problems did not end after the DNA testing. Now, a case has been opened against her accusing her of “disrespect to police.” The goal of this prosecution is to blackmail Batool into closing her case for reclaiming dignity and force her to not publicize the results of the DNA testing. Batool has made her case public and has decided to keep fighting the good fight.

I met Batool when she was a young woman writing poetry and drawing paintings for a children’s magazine in Afghanistan. She had returned to Afghanistan from Iran with great hopes to be part of change in a country that has suffered decades of war. After her divorce from Wahriz, when Batool was filing the case for reclaiming dignity, a few other activists and I assisted her in finding lawyers and we have since then advocated for transparency for her case in Afghanistan.

Her decision gives me heart and hope that she will be victorious. Batool’s fight and victory will not only affect herself and her children, but will be a major accomplishment for all the men and women who are advocating for gender equality and the rule of law in Afghanistan and in her fight she needs the support of other advocates.

Whether it is through media coverage or through sharing her story with other women, Afghan advocates can use this as an opportunity to create an informal system of holding the justice system in Afghanistan more accountable and raise awareness on the possibility of DNA testing in Afghanistan. The success of this case will bring hope to other women in similar struggles, who might otherwise end up in prison for moral crimes, keep silent or face worse situations.

Through talking with Batool I have learned that one of the most painful truths about her case is the lack of support for her among the intellectuals and even social and women’s rights advocates in Afghanistan. People and public figures that have been vocal on other cases of injustice towards women have silenced Batool’s case.  Regardless, Batool’s perseverance and strength has been extraordinary in the fact of desertion by friends and co-workers, violence and threats. It is very rare that a woman in Afghanistan would stand up against such a culturally-sensitive and taboo issue to regain her dignity and honor in her community and to provide her children with full-citizenship rights. It is even rarer for women to fight through the Afghan justice system and have some achievements.

Batool’s case may become an exemplary case of the rule of law in Afghanistan and Batool will finally be acknowledged, supported and praised for her extraordinary fight among the advocates and activists in Afghanistan.  This case may serve as a ray of hope for Afghan women struggling with similar cases.

More details about Batool’s struggle can be found on her blog.