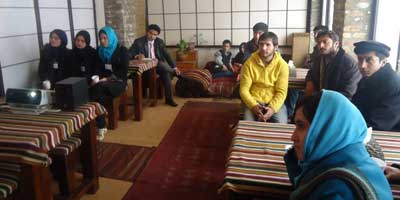 Working for Women's Safety in Kabul and Helping Refugees

Getting Serious About Street Harassment:

Using Media to Advocate Against Street Harassment in Kabul

Young Women for Change (YWC) members held a training session for our volunteer members early in November of 2011, on qualitative research methods, data analysis, and surveying and research ethics to prepare the members for the research that we have been carrying out in the past three months on the street harassment of women.

This training has raised the capacity of YWC employees and volunteers. Through this project, we were able to hold three trainings on quantitative and qualitative research methods, surveying, data collecting and analysis, and reporting. In addition to the two employed researchers,  the six volunteer researchers also learned these skills in the trainings.

This caused a conversation to begin in colleges, schools, bazaars, and homes, about street harassment.

Inspired by the research project, the comments, suggestions, and points of view received by the surveyed people, YWC was able to design a project to hold debates in schools and courses about street harassment.

Through the debates, we have been able to talk to more than 500 youth about street harassment. This kind of advocacy in the grassroots definitely leads to more awareness among the new generation of Afghanistan. This project was self-funded by YWC.

Also, using the information we have gathered so far in the research, we were able to do more efficient message- development and created two radio spots about street harassment that were broadcasted through Radio Salam Watandar in Kabul, Radio Hamsada in Takhar and Radio Rabia in Balkh.

YWC and our partner organizations and radios paid for all the costs of these radio spots.

We also created and self-funded a documentary names This is My City, too, on the issue of street harassment.

The documentary was screened three times in Karte Seh and Share Naw to raise awareness on street harassment, and also to get suggestions on how to improve YWC’s work.

The documentary – the production of which was funded by YWC co-founder Anita Haidary herself, includes interviews with people of different classes, occupations, sexes, and ethnicities, who condemned street harassment and told their views on why it exists.

A religious leader spoke of how Islam's views of respecting women are an important aspect of social life –  and men are always encouraged by Islam to guard their eyes instead of harassing women on pretext of their clothing.

A young college student told of her experiences of being harassed, and urged men and women to work for ending street harassment.

The documentary was created to cause debate and it sure did. Women and men discussed with each other as YWC members moderated the debate.

Despite our cold room, the debate was hot.

Originally, we were planning to end the event at 4:30 p.m. but the discussion on street harassment and how to end it continued until near 6:00 p.m. The energy of twenty five people speaking with passion and different points of views is powerful to watch.

I deeply believe that change happens individual by individual, and creating a public discussion and debate is the first step towards bringing real change in the thoughts of individuals.

This is My City, too is the beginning of a discussion on a topic long neglected.

YWC members were also invited to several TV shows to speak about street harassment in the light of this research. Tolo TV, Baamdaad e khush, hosted one of our volunteer researchers and one of our research trainers, Toba Ahmadyar and Zafar Salehi.

The usage of media for advocacy has been very successful because not only it leads to more publicity of YWC, but also has caused people to start a dialogue about street harassment. 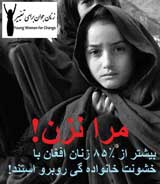 We held an exhibition and sale of posters and photos in December to raise funds for our internet café for women.

The event was widely covered by Afghan media. On February 7th, we had another exhibition and sale of photos, posters and drawings in support of women’s rights in Afghanistan.

We have also been able to raise some money, and are now able to launch our internet café. We need more donations to make this sustainable, but for now we are glad to announce its opening on March 8th.

On December 21, 2011, Young Women for Change and YWC Male Advocates posted 700+ posters about violence against women and equal access to education on the walls of Kabul today.

We walked in Taimani, Qalaye Fatullah, Shahre Naw, Karte Char, Karte Sakhi, Makrooyan e seh and close to University of Education, talked to people and glued posters to the walls! Special thanks to Afghan Intellectuals Network and Hadia for joining us!

Through these posters not only did we raise awareness on violence and education, but also introduced ourselves to our communities and talked to individuals and groups about tour work and the posters.

Warmth and Comfort for Refugees

In the more recent weeks, we have been distributing aid to refugee camps.

From women’s sanitary pads, to clothing for children and to food for families, we are trying to provide the families with as much help as we can.

Given this is the coldest winter Afghanistan has had for the past twenty-five years, we raised money online to help the families that were losing children due to cold and starvation.