Sexual Violence and the Disabled in Uganda. Equality Now Calls for Action 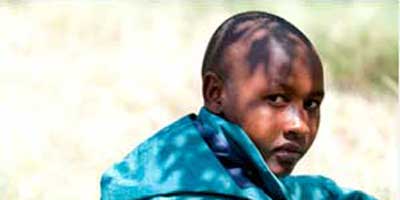 Uganda: Properly investigate and prosecute cases of sexual violence against the disabled

In 2007, Sanyu, a 13-year-old blind, deaf and mute Ugandan girl, was raped and became pregnant as a result; she delivered a baby boy in April 2008. Her mother contacted the authorities to inform them that the only males who would have had access to Sanyu were Sanyu’s father and three brothers, but despite having strong suspects, the police did not follow up. It was only after the case was publicized in the media that the police opened an investigation. As Sanyu’s disabilities made it impossible for her to identify her rapist, her mother called for DNA testing of Sanyu’s father, brothers and baby to establish paternity with help from our Ugandan partner, Legal Action for Persons with Disabilities (LAPD). The official Government Analytical Laboratory in Wandegya, however, did not respond to the request and the police closed the case. Sanyu’s child was adopted by a family and Sanyu now lives in a home for the disabled.

Upon learning about the case, Equality Now successfully raised funds for DNA testing in 2011, and, coupled with sustained pressure on Ugandan authorities by LAPD, had the case reopened. DNA samples were taken from three of the four suspects on 24 August 2011 (four years after the rape) and sent to the Government chemist for testing, as is required for trial admissibility. The remaining suspect, one of Sanyu’s brothers, was not tested as he had run away. The DNA testing languished for over a year; when finally received, the results showed that, though none of the three were the father of Sanyu’s baby, the baby’s father was genetically of the same paternal line. To our knowledge no effort has been made by the police to apprehend and test the remaining suspect. Equality Now and LAPD are seriously disturbed by the lack of a thorough investigation and the five year delay in justice for Sanyu, who is now 18. We are calling for improved legal procedures in cases of sexual violence and for additional steps to be taken to help disabled victims.

Sexual violence is widespread in Uganda, and disabled women and girls are particularly vulnerable. According to the Ugandan Demographic and Health Survey (2006), almost one in four women between the ages of 15-49 experienced rape as their first sexual intercourse and 39% of women in the same age group have experienced sexual violence. According to the same survey, 20% of Ugandans have disabilities. The government, however, does not take the additional steps needed to ensure justice for disabled victims of sexual violence by implementing investigative techniques that would help facilitate the process.

Had it not been for the intervention of Equality Now and LAPD, Sanyu’s case would have remained closed, with her disabilities preventing her from getting justice. However, even with the intervention of Ugandan and international groups, the Ugandan government has been slow to act, enabling impunity for Sanyu’s rapist. To ensure that Sanyu and other girls in similar situations get justice, the government of Uganda must live up to its domestic and international obligations and take additional steps to improve the investigation process and prosecution rate in sexual violence cases involving disabled victims.

Take Action on this issue.