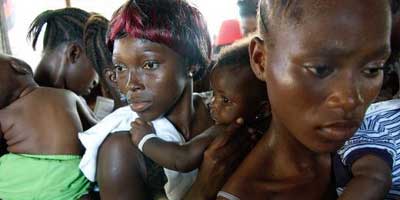 KAMPALA, UGANDA – Dorothy Mukisa, 19, stands outside the school gate at Standard High School, a private school on the outskirts of Kampala, Uganda’s capital. She stands tall in her school uniform – a white shirt and maroon skirt – that flatters her slender frame.

Mukisa clutches her schoolbag and speaks shyly about being expelled from her previous school, St. Mathias Kalemba Secondary School in Luwero, a district neighboring Kampala, several years ago after becoming pregnant.

Mukisa says that she hadn’t been able to afford the basic supplies that students need to bring to school. So she decided to find a man willing to provide for her.

“I admired other students,” she says. “They came with enough pocket money to school. I never had enough. Sometimes, things I came with from home like soap and toilet paper would get finished, and I would remain without. I decided to get a man to give me these things.”

She met her boyfriend, 10 years her senior, at a cinema.

When Mukisa missed her period for two months and began to detect changes in her body, she says she suspected something was amiss. But she convinced herself that she was not pregnant.

Then one day, the female teacher responsible for the welfare of the female students, known within the school as the senior woman, took notice and called Mukisa to the school clinic to take a pregnancy test.

“I said maybe the senior woman was staring at me for my untacked blouse,” she says. “Maybe, maybe. I kept dodging the possibility that I could be pregnant.”

But when the school nurse nodded to the teacher after pressing Mukisa’s stomach during the examination, her heart sank.

“It was then that I got scared,” she says. “I knew I was actually pregnant.”

Mukisa says her classmates treated her disdainfully and hurled insults at her after school authorities expelled her for being pregnant.

“Even my classmates called me a prostitute,” she says. “They shouted at me through the window of the dormitory when I was packing my luggage to leave school. They told me that I was busy sleeping around with men instead of concentrating on my studies.”

Mukisa says she was afraid to tell her parents, who are devout Catholics. When she finally did, they told her to leave their home.

“They said I had embarrassed them,” she says. “My parents were especially disappointed because I am the firstborn and the other four after me are all girls. I heard them say that my behavior might influence my sisters to also get pregnant.”

Mukisa confided in her maternal aunt, who took her into her home in central Uganda and appealed to Mukisa’s parents to forgive their daughter.

Mukisa hid her lover’s true identity from her parents because she was afraid they would have him arrested. Although she blames herself for not insisting on using contraceptives, Mukisa says her boyfriend took no responsibility for the pregnancy.

“When I told my boyfriend that I was expecting his baby, he said I should not have allowed that to happen,” she says.

She took on motherhood full time, and her boyfriend didn’t speak to her for more than a year.

“Of course, I could not continue with the school,” she says. “I stopped schooling for one year to look after my baby.”

Her boyfriend eventually apologized and now contributes financially. Mukisa enrolled in a new school after her baby turned 1 year old, and her boyfriend has promised her parents that he will marry her when she finishes school. She and her boyfriend now have two children.

She says her parents are now more supportive and are paying her school fees despite their unhappiness with her choices. She also relies on her relatives for help.

“My auntie helps me feed the children and takes them to [the] hospital when they are sick,” she says. “That gives me time to read my books.”

But balancing her education and motherhood is challenging. She says that her grades were better before she became a mother.

“My average was about 70 percent,” she says. “But these days, it’s about 60 percent because I worry about [the] children and have to give them time, so it has declined.”

Experts and youth attribute Uganda’s high teenage pregnancy rate to societal pressure to marry and have sex at a young age. They also cite inadequate sexual and reproductive health education and services. Government policies exist here, but advocates say implementation falls short. To fill the gap, nongovernmental organizations are developing new campaigns and programs to connect youth and adults with the education and services they need to reduce teenage pregnancy.

Youth in Uganda become sexually active, marry and bear children early in life, according to Trends in Uganda’s Population Characteristics, a 2009-2010 report conducted by the Uganda Youth Network, an umbrella organization for youth and youth organizations.

Overall, 25 percent of teenagers ages 15 to 19 had begun childbearing, according to the most recently published Uganda Demographic and Health Study from 2006. Nearly 20 percent had a child already, and 6 percent were carrying their first child.

Sarah Muduwa, 15, is pregnant. She attributes her early involvement in sex to peer pressure.

“We were a group of five friends,” she says. “We called ourselves the Stars. All my friends had boyfriends. I decided to get one. Before long, I was pregnant.”

She then dropped out of school.

Lucy Ariyo, a senior woman at Kyamate Parents School, a high school in Bushenyi district in western Uganda, says that Ugandan adolescents are growing up at a time when the media and music industry romanticize premarital sex and portray it as “normal.”

“Adolescents today face a challenge,” she says. “The messages relayed by media houses, music and magazines seem to portray sex among teenagers as an accepted way of life. They don’t even show that there are consequences of this kind of behavior.”

“The teenage pregnancies are as a result of the society we live in,” she says. “You cannot talk to girls about pregnancies without tackling societal issues.”

One societal issue is early marriage.

“Our society wants girls to get married early,” she says. “They are worried that they might get pregnant outside marriage.”

She adds that peer pressure is another factor that promotes sexual activity, leading teenagers to believe that “everyone is doing it.”

“They are told by peers that if you don’t do it, you will not get children later in life,” she says.

Ariyo says that school dropout and poverty are also responsible for unwanted pregnancies among Ugandan teens.

She also cites a lack of sexual and reproductive health education.

“There are no messages specifically designed for adolescents telling the consequences of engaging in premarital sex, such as unwanted pregnancies, STIs and psychological effects,” she says.

Sarah says teenagers like her need increased education from parents and guardians on the consequences of becoming sexually active at a young age.

“Adults have no skills, and teenagers don’t have adult support,” she says.

Dr. Namulemo Prossy, head of clinical services at the AIDS Information Centre – Uganda, says that sexual and reproductive health services are also not friendly to youth.

“When a young person goes to ask for contraceptives from a clinic, they are asked questions like: ‘Who has sent you? Who is your husband? Who gave you permission?’” she says, “some of which questions are repulsive to young people and deter them from accessing reproductive health services.”

Florence Kebirungi, who has a master’s degree in population and reproductive health and works as an independent research consultant, thanks the government for adopting the National Adolescent Health Policy for Uganda. The reproductive health division of the Ministry of Health established it in 2004.

“But implementation remains a challenge,” Kebirungi says of the policy.

Kebirungi quotes statistics from the 2006 Uganda Demographic and Health Survey.

“There is low contraceptive use,” she says. “Only about 23 percent of sexually active women and girls in Uganda are using contraceptives, according to statistics.”

Use of modern contraceptive methods has increased among married women from 18 percent in 2006 to 26 percent in 2011, according to the preliminary results of the 2011 Uganda Demographic and Health Survey. But the community is waiting on the full report to gauge whether contraceptive use has risen among unmarried women.

Communities are not fully aware of young people’s need for sexual and reproductive health services, Kebirungi says. Not many service providers have skills to engage the leaders to support these services.

Prossy says that a number of organizations are beginning to offer youth-friendly reproductive health services. But they are based in urban areas and do not reach youth in rural areas or high-risk youth who have dropped out of school.

“They are based in towns,” she says. “They tend to target mostly school-going youth. The out-of-school youths need to be targeted because they are more vulnerable.”

Gamurorwa says Communication for Development Foundation Uganda runs a campaign called Young Empowered and Healthy, commonly referred to as the YEAH campaign, and Rock Point 256, a radio drama, that airs on 20 FM radio stations that reach the entire country. The campaign equips young people with skills to avoid sexually exploitative relationships with adults.

“We use radio characters that are the real-life characters in Uganda that get into relationships when they are not aware of the consequences,” Gamurorwa says.

The Young Empowered and Healthy campaign has empowered parents to speak to their teens, Gamurorwa says.

“We have received testimonies of parents telling us that the campaign has made them able to speak to their children about early sex,” she says.

The organization also provides peer-to-peer counseling services to young people on everything from family planning to gender-based violence through a toll-free line, a collaborative effort with the Health Communication Partnership established by USAID. The hotline number is 0-800-200-600.

“This counseling is provided by young people who give information to fellow young people,” she says.

Ariyo’s school offers a Youth Alive Club, one program of Youth Alive, a Catholic nongovernmental organization for and by the youth that promotes prevention of HIV and AIDS. The club is active in schools countrywide and encourages students to abstain from sex until they complete school.

About 50 percent of the student population at Ariyo’s school are members of the club. It hosts monthly talks by various professionals, including counselors, lawyers, teachers and medical doctors.

Mukisa says she is grateful that she has returned to school. She now dreams of providing a better life for her children.

“I thank God I that I have been able to go back to school,” she says. “I know that I will study and finish get a job and provide for my children.”