South Africa: When Those Meant to ‘Protect and Serve’ are Perpetrators 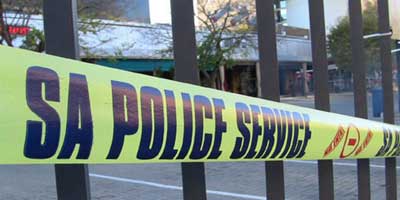 By Koketso Moeti, South Africa Correspondent for Safe World. May 2013.

Where the Police are Feared by the Innocent

Imagine you are a woman walking alone in the evening, making your way to a taxi rank or train station to make your way home.

You hear footsteps behind you and as you look back there is a sudden whistle and a group of young men start running towards you. You drop everything you are carrying, knowing instinctively that you should run.

Heart racing, you run as fast as you can, struggling to breathe. You turn at the corner and see a police vehicle with two officers parked at the side of the road, with no one else around. Under normal circumstances, this should be a relief as those tasked with protecting and serving you are there.

But not in South Africa, where an increasing number of police officers are themselves being charged for rape, judging by complaints made to the Independent Police Investigative Directorate (IPID).

On 27th February 2013, a 38-year old constable appeared at the Welkom District Court on facing a charge of rape. According to the IPID:

After driving around with her, the vehicle stopped in an open field and the victim was ordered to get out. The suspect constable then raped the victim outside the police van”

In a separate case, on the 20th February 2013 a 33 year-old constable appeared in court for the rape of a 21 year old woman:

“It is alleged that on 17 February 2013 at about 02:30 the victim, who was with other people, was returning from a tavern in Warrenton, Northern Cape. Apparently the suspect was at the same tavern. The victim, who is the suspect’s ex-girlfriend, asked for a lift from the suspect for herself and her party. The suspect took the other people to their places of residence first and he was left with the victim in a state vehicle.

The suspect drove to an unknown road and told the victim that they are going to the Free State. The victim asked the suspect to stop so that she could relieve herself. As the victim was getting dressed, it is alleged that the suspect went to the complainant and tried to grab her. The complainant ran around the vehicle to evade the suspect.

Rape is a vicious crime, an attack not only on a woman’s body, but also an attack on her psychologically and in other ways, too.

It is unacceptable, irrespective of who the perpetrator is.

However, it cannot be ignored that those women are even more vulnerable to police officers as state vehicles and uniformed personnel can facilitate the commission of rape as women are more likely to trust someone clothed as a police officer – whom they know is someone constitutionally obligated into protecting them.

South Africa has recently seen an increase in campaigns aimed at ending rape, with rape victims consistently being encouraged to report cases of rape. This fails to take into account that police are the first point of call when reporting a crime –  something which further puts victims at risk, seeing as women are also reporting rapes which occur when crimes are being reported as happened in Herbertsdale where:

“It is alleged that on 15 February 2013 at about 19h00, the 49 year-old victim went to Herbertsdale SAPS [South African Police Service], which is a satellite police station of Kwanonqaba SAPS, to report a case of domestic violence. At the station she spoke to a police officer who was on duty in the Community Service Centre.

It is alleged that after the police officer listened to her complaint, he locked the front door of the station and took the victim by force to the trauma room, where he pulled her pants down and raped her. The victim reported the rape at the same satellite police station the following day. It is alleged that the victim reported her ordeal to the Captain on duty and that he told her to go home and that he would send police officers to her house.

The victim waited for the police, but to no avail and she then reported the incident to the local councillor”.

Women are unsafe in the streets, in their homes and not even from those with the duty to protect them from this lack of safety.

In 2011, Police Minister Nathi Mthethwa called for no mercy for cops responsible for rapes, something which has yet to materialise into anything meaningful.

Refworld - South Africa: Reports of rapes committed by police or other authorities in South Africa with particular reference to incidents perpetrated on the job.