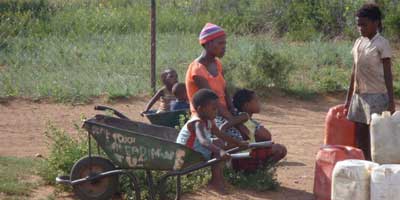 No Respect for Women

That secret, though not very well kept, is the secret that South Africa has very little respect for the plight of its many marginalised women –  who are left with nowhere to turn to.

The gap between rich and poor, also, rural and urban, continues to grow at an alarming pace.

Those from poor, rural communities are more often than not marginalised, and face among many challenges, an extreme lack of access to information and opportunity, which in turn leaves women – who are a vulnerable group, worse off than most.

Endangered Rural Women Have No Voice

Women, who are often the primary care-givers in the family, face challenges which include inadequate access to the most basic of rights such as shelter, protection, water, food, and healthcare.

This forces many rural women in poverty to:

These are but a few of the immense difficulties faced by rural women in poverty. Their stories go untold because their plight is something not shown in our media – they don’t matter. They aren’t important enough.

Women are not empowered because our government has chosen to exclude such communities from public participation, and women who cannot cry out against the grave injustices done against them, because they have no voice through which to speak.

Despite the bleak picture painted of the circumstances surrounding our marginalised women, there is hope.

Civil society, along with government, can change the plight of these women by joining hands to empower them.

Not only should government ensure that all citizens – including the rural poor, are given access to services and are allowed to fully participate in the democratic processes, but it should also seek to empower women by educating them on their rights and services they have access to by virtue of these rights – which are enshrined in our constitution.

Civil society can greatly assist in this by holding government accountable for their inaction and by creating a concerted, unified effort to ensure that this is done.

Apart from that, civil society can assist in ensuring that these women are provided access to opportunity through skills sharing, which can be something as basic as teaching literacy skills.

Sharing Their Stories is Vital

Ensuring that these women’s stories and experiences are shared is also vital; because it is impossible to change something that one does not even know exists.

Fortunately, we live in an age that is not dependant on mainstream media, due to social media; if used well, social media can greatly assist in achieving this.

All this is integral to changing the situation which by virtue of us all being human, affects us all.

By uplifting one of these women, we will in turn be uplifting a family, which in turn uplifts the community, and finally South Africa as a whole.

We cannot afford to distance ourselves from these women, because for every child lost by a marginalised woman –  as a nation we lose potential, and close a door to possibility.

For every woman that dies in these circumstances, more often than not, a family decreases its chances of lifting itself out of poverty. This in turn only perpetuates the cycle of needless suffering.