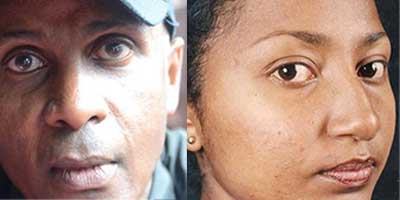 Two Ethiopian journalists imprisoned under Ethiopia’s anti-terror laws have appealed to the African Commission on Human and Peoples’ Rights arguing that their conviction and imprisonment for alleged terrorist activity violates their right to freedom of expression and to a fair trial.

Mr Nega and Ms Alemu are just two of many journalists imprisoned for voicing opposition since the Anti-Terrorism Proclamation was introduced in 2009.  In 2011, more journalists went into exile from Ethiopia than from any other country.  Those imprisoned face conditions of detention which fail to meet basic human rights standards, including the denial of the right to receive visitors. The UN High Commissioner for Human Rights, the African Commission, and a number of UN special rapporteurs have all criticised the use of the overly broad and vague provisions of the Anti –Terrorism Proclamation such as “encouraging terrorism” to imprison journalists, opposition party members and other dissenting voices.

Both Mr Nega and Ms Alemu are award winning journalists and shared the Human Rights Watch Hellman-Hammett Award in 2012, awarded to journalists targeted for political persecution.  Mr Nega has been working as a journalist since 1993.  Prior to his most recent arrest in September 2011, he had been arrested on 7 previous occasions.  He was sentenced to 18 years imprisonment in July 2012 for various offences under the Anti-Terrorism Proclamation.  The UN Working Group on Arbitrary Detention recently found that Mr Nega’s ongoing detention violated international law.  His articles call for peaceful opposition to the government and expressly denounce the use of violence.

Ms Alemu writes on topics such as government policy and spending, the lack of an independent media in Ethiopia and the mistreatment of minorities.  Her arrest in June 2011 occurred several days after she published an article criticising practices of Ethiopia’s ruling party.  She was initially sentenced to 14 years imprisonment for offences under the Anti-Terrorism Proclamation, reduced to 5 years on appeal.  Both journalists were reported to have spent time in solitary confinement.  Mr Nega was also alleged to have been beaten and Ms Alemu was deprived of medical care following surgery 15 months ago.

The appeal to the African Commission was filed on behalf of Mr Nega and Ms Alemu by MLDI’s senior legal counsel, Nani Jansen, Patrick Griffith of Freedom Now, and barrister Korieh Duodu.

The appeal argues that the conviction and imprisonment of the journalists for terrorist activity was solely because of their criticism of the government and violates both their right to freedom of expression and their right to a fair trial.  It also argues that the failure to provide medical care to Ms Alemu violates her right to health.  The treatment of Mr Nega and Ms Alemu highlights the serious violations of human rights that are occurring in Ethiopia under the premise of restricting terrorist activity.  In light of the widespread use of the Anti-Terrorism Proclamation to prosecute journalists and other dissenting voices, the journalists have asked the African Commission to refer their cases to the African Court on Human and Peoples’ Rights as part of a series of massive or serious violations of human rights.

“We hope that the African Commission will recognise the serious nature of the violations of the rights of both these, and other, journalists in Ethiopia and refer the matter to the African Court.  Critical comment on political matters should never be considered as supporting or encouraging terrorist activity” said MLDI’s senior legal counsel, Nani Jansen.

Patrick Griffith of Freedom Now commented that “The continued detention of Mr Nega and Ms Alemu is a clear violation of their fundamental right to freedom of expression and has been widely condemned by the international community—they must be immediately released and allowed to return to their important work.”

The African Commission on Human and Peoples’ Rights next meets in ordinary session is from 22nd October to 5th November in Banjul, the Republic of the Gambia.