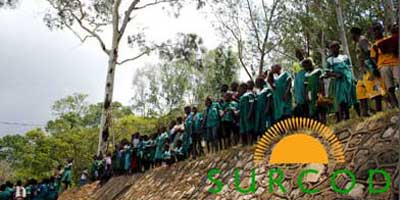 Day of the African Child

Saddened by the outflow of people into Mozambique for the past six months to work in the labour-intensive semi-industrial mining sector, Nsanje District Council commemorated the Day of an African Child in Chididi on 8th August, 2014.

The place was chosen after SURCOD invited some council sectors to Chididi to take part in the on-arrival training for the European Volunteer Services (EVS) volunteers whom the organisation is hosting. The workshop also included local civil servants working in education and health.

It was told during one of the presentations done by representatives of Chididi’s primary and secondary schools that a lot of youths are disregarding classes to provide labour for the mining sector in neighbouring Mozambique. They – and also their parents, travel 80 kilometres to their destination.

Chididi has no jobs; people depend on farming only. It was also suggested that because they bring a considerable amount of money into Chididi, unwanted pregnancies and early marriages have sprung over time.

The event was packed with entertainment activities comprising comedies, drama, speeches and dances. 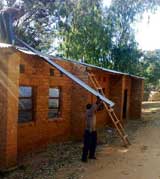 The work began on 25th August and was completed on the 9th September 2014.

The sewing machines have since been dispatched to Chididi and the official opening was carried out on 21st October, 2014.

So far, 18 women have already registered their names to learn tailoring and the first women started the training on 6th October, 2014.

It will take from 90 to 120 days for one to fully grasp tailoring expertise.

The project was funded by the U.S. African Development Foundation.

Livestock for Women to Increase Income and Access to Property

SURCOD’s Village Savings & Loan Project (VSL) project, funded by Volkart Foundation, aims at improving the livelihoods of women in Chididi by injecting K450,000 into 10 [village savings] associations in 2013. The grant was given to allow some women to procure livestock of their choice to tame.

The idea is to boost women’s access to property.

Twenty-six women from Ntchadzo, Tikhalenawo and Nsungwi associations became the first beneficiaries of the livestock pass-on project. The dignitaries from Nsanje District Council present at the ceremony were from Agriculture and Development, Community Development, and Social Services and Child of Welfare departments.

Also present were the ward councillor, group village headmen and other members from the private sector.

The Year Ahead - Village Savings Associations Moving Towards Full Autonomy

SURCOD sees 2015 as a year of greater achievement for village savings associations as it wants to help them attain full responsibility of their business.

Out of the 23 associations, we would like to have about six associations standing and fully autonomous by the end of 2015.

This graduation campaign started with the Mchacha cluster on 26 August 2014, followed by the Mpangira and Mkhutche clusters respectively. Eleven associations have expressed interest to become fully independent.

Largely, the move is to ensure sustainability. SURCOD will be monitoring them while ensuring that core business is maintained. Also, the organisation will have to connect the associations to other partners to secure long term loans to embark on businesses

The campaign used theatre, which was offered by Chididi Youth Centre. and traditional dances which was performed by community members.