Beyond the Internet - SMS for Change in Cameroon 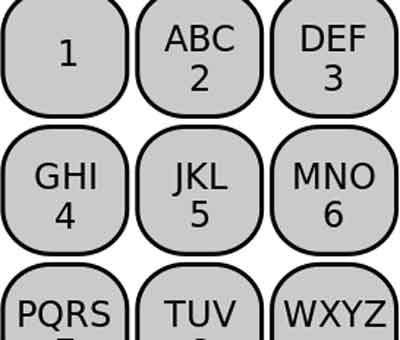 Over the years, WFAC Cameroon's advocacy activities have always been both person-to-person and electronic.

In March 2013, for the first time, we began using SMS/text messages in large scale, to raise awareness about violence againts women, providing timely information to support the women’s empowerment agenda, as well as connecting its SMS audiences to its virtual space on Facebook/Twitter.

The total persons reached during this year's International Women's Day [8th March] estimates to be over 4.000 people – that is both through e-advocay and SMS advocacy.

Statistics taken from WFAC’s Facebook page shows traffic of 3,000+ people reached, with over 74 people talking about the page.

So far, SMS advocacy is new in Cameroon, and WFAC believes it is one of the first civil society organizations in Cameroon (particularly in Buea) to use SMS as a tool for social change and advocacy.

In one weekend in August, over 500 SMS were randomly sent to young people, informing them of International Youth Day, its significance to youth development, livelihood and empowerme

SMS is our strongest tool for activism...we used it for our post 2015 survey and also the Comprehensive Sexuality Education Survey. We keep our non-virtual audiences updated via SMS.

I think it would be an interesting research piece to write about: 'How civil societies use SMS for change.'

Committing to End Violence Against Women, by Phone

This past Spring, WFAC sent out over 900 SMS, urging the public to take a personal commitment to end violence against women and girls in their community, home, and society.

Since then, WFAC has received over 50 replies, all postive, in the form of text messages, personal feedback, and telephone calls from persons across all works of life, that is – media, academia, activists, politicians, youth leaders etc. both young and old – appreciating the ‘personal commitment’ initiative, and thanking the team for reminding the public to take action to end violence on women.

Reaching Beyond the Internet

The fact that WFAC received no email provoked the big question which asked whether its SMS audiences were not internet connected.

Alternatively, in subsequent advocacy activities, it should consider these audiences differently – virtual and offline audience.

Meanwhile, in an attempt to answer the big question, WFAC observed that it was unable to detect the number of SMS, recipients could have forwarded and shared with their friends, families, colleagues, etc. through any communication portals.

Again, WFAC realized that of the 900 SMS sent, it was incapable to relate it to 900 different people, recognizing the fact that many people possess more than two or three telephone lines, besides telephone numbers which is no longer active.

Even at that, WFAC wondered how many of those SMS received are still in the keeping of those who received it?

In all, WFAC’s SMS advocacy during this year's Women’s Day to facilitate change could be said to have been positive. At least some of the objectives were met.

This was a pilot study that many people enjoyed and became inspired by.

As such, WFAC concludes that if such a campaign is frequent, people would definitely become used to them and results would be more meaningful.