Breaking the Silence: Abused by My Employer 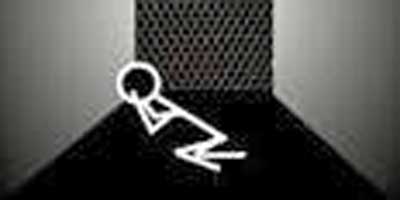 Seventh in the Know Her Story Series by Zoneziwoh

“I have been dying in silence. I have tried to find ways to share my story but have found it hard to trust anyone.”

Some years back, a young lady called Sheman (a name chosen for the purpose of this essay), was recruited at a law firm, as an administrative assistant for one of the country’s top ranking attorneys. By then, Sheman was just 22 years old and had just had her Advance Levels Certificate (A/L), but couldn’t enroll at the university because her parents couldn’t afford to pay her fees.

Sheman was raised in a devout Christian home. Growing up, she was taught that sex before marriage is a sin. At 20, she was still a virgin and vowed never to engage in any act that would destroy her relationship with God.

Her dreams have always been that of an innovator, creator, and inventor. She is always seen to be the “tomboy” at home and even in school as she never tries the easy things or “those considered for females”.

Passionate and zealous to further her educational career, Sheman needed to generate income. So, she began searching for a job and after several rejections, Sheman finally had her first job offered as an administrative assistant at one prestigious law firm in Yaoundé, Cameroon.

When she was granted this opportunity, Sheman said: “I prayed and thanked God for having heard my cry and answered my prayers.”

But “little did I know”, she added: “while I thought it was God, it was the devil that stole my joy and happiness”.

In her own voice and words, Sheman says:

“Just three days after my recruitment – I remember sitting at my desk and typing, and directly opposite to where I sit is the door to my boss’ office.

I recall clearly all what happened that day. It was around 9 am, on a certain Wednesday. It was quiet and cold. The weather was beautiful. Our office was clean and fresh,too! I loved the serenity of that day. I knew all was well and that I was going to love my job.

But one thing I didn’t see was that – I was with the devil himself. And that was just all a mask soon to unveil itself.

That same day, my boss came in and on his way to his office, he stopped by my desk – vividly he looked through what I was typing and smiled. Then he shook my cheek with one of his right fingers. When he did that, I thought and felt that probably, he was just being nice, friendly, or gentle. I also smiled back at the gesture. Then, continued to type once he left. All was fun!

I didn’t know what harassment or sexual advances meant…

Minutes after that incident, he called; I abandoned all what I was doing and went into his office.

So, humbly I asked: 'Sir, you called. Is there anything I can do?'

Again, he just smiled, sitting there at his rolling arm-chair, staring at me in the face and tapping gently the table with his designer pen, while I stood at the other end, opposite the table facing him, waiting to get his orders.

In there, I noticed I had suddenly developed goose pimples. And was just feeling scared, so scared! Which when I sit and reflect, I ask myself whether it was because that was [due to] my first time working, or because of his authority and power alone were intimidating, or were my other senses warning me against the excitement?

While there, I couldn’t even look at him. All along, I spoke face down, crossing my hands behind my back.

Still standing and him saying nothing, he left his seat and came real close to me and patted me on my back. Then he asked: ‘How are you doing today?'

In a trembling voice, I responded: 'I am fine, sir!'

Again he asked: 'Are you sure? Sure you are fine!' he said while touching my breast, rubbing his head on mine. and telling me to ssssshhhhhh (be silent).

Oh, good God! That was my first time, I was having a man getting so intimate and close to me.

I felt so helpless and confused."

And that was the beginning of an unending act…

"That was it! The beginning of my nightmare.

Each day, each time, my boss called for me to go into his office, he would do that to me. There are days I would leave home in a dress and return in a skirt and blouse or a different outfit, simply because he got into a fight in the office and my buttons or zipper went bad and he had to replace my dress…

It continued for several months, until, one day, he called me to his office and offered me a gift and asked me to open it in his presence and try it on. I thought it was something like a bracelet, a necklace – something basic.

Behold they were underwears…some G-strings.

When I opened it, and realized they were underwear. I told him I can’t do such a thing in an office. It was weird! I gave him all the excuses, and how it was time-consuming for me to try on 12 panties.

But he insisted and I maintained my stance: 'No!'

He kept insisting and then I just up and told him: ‘You know what sir…I am done!'

That was the day; I made a decision – to finally leave. I dammed everything -- the money which I wanted to save for my education. Inasmuch as it had not reached the amount I wanted, I told myself: 'It’s enough!'

Normally, I was put on a payroll of 50,000 frs/month for the first three months and to be subsequently increased to 150,000frs, but what happened was that each time I rejected his sexual desires, my pay dropped…at one point, he paid me 25 000frs.“

“I have been dying in silence.

I have tried to find ways to share my story, but have found it hard to trust anyone. Until, recently when I decided to share it here on the #knowherstory series.

Have read through other peoples stories too, many of whom have had worse experiences – some far more painful than mine.

Even though my perpetrator is free and is still out there enjoying his life – and probably continuing in his malicious acts on his female employees, I know one day, he will be brought to justice. And I hope that my story inspires and empower many girls andwomen subjected to same situation to be strong and to find the strength to say 'No' to any such advances from employers.

I used to think, if I say no, I may not meet my goal, which is to save for my fees. but I was wrong. It was just an illusion. My eight months spent at that firm was eight months of torture and misery.

Today, I am a business woman, and I have a bachelor’s degree and hoping to pursue my masters and PhD. I didn’t sponsor myself through the petite savings from the firm.

So, if I can, I strongly believe you too can!

In my prayers, I hope that someday, men in authority who use their power to abuse women will be called to justice”.