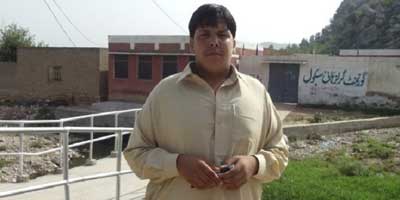 The Pakistani nation has been united in pouring salutes and tributes to Aitzaz Hassan, who has sacrificed his life to save the lives of his fellow school children.  The fifteen-years-old hero of the country had captured a suicide bomber targeting his school in Pakistan's Hangu area.

According to media reports almost 2000 students were present in the school at the time of attack by the terrorist.  The courage and sacrifice of Aitzaz Hassan have made him a national hero and the entire nation, from the highest offices of Prime Minister and Army Chief to the ordinary people, is whole heartedly appreciating his sacrifice.

In October 2012, Malala Yousafzai, an ardent campaigner for the right to education for girls, was also shot by Taliban while on her way home from school in Swat valley.  The young girl however survived in the gruesome attack and now living and studying in United Kingdom.

If we look and analyze the nature of many terrorists attacks in the country it has become quite clear that terrorists are trying to destroy the future of our children by creating hindrances in the fulfillment of two most important rights of Pakistani children; the right to education and right to health.

The education situation in Pakistan is far below satisfactory and a report on out-of-school children in Pakistan, launched and released in September 2013, mentioned that despite achievements in the education sector, over 6.5 million children are not enrolled in primary education and another 2.7 are not enrolled at lower secondary level.  "The study confirms that more girls than boys are out of school – 38.9% of primary age girls are not attending school, the rate is 30.2% for boys. Children from poorer households are proportionally more out of school – 49.2% compared to 17.5% in richest quintile. Dropout is highest in the grade 5 (42.8%) indicating that many children do not transition to lower secondary education and therefore do not complete basic education".  The Report was jointly prepared by the Government of Pakistan, the United Nations Children's Fund (UNICEF) and the United Nations Educational, Scientific and Cultural Organization (UNESCO) Institute for Statistics.

The incidents of organized violent attacks on schools have been increased in recent years, especially in northern areas of the country.  A news report, published in the News International in January 2013, stated that, "The militants have blown up 839 schools in Khyber Pakhtunkhwa (KPK) and Federal Administrative Tribal Areas (FATA) from 2009 to 2012 with 81 schools destroyed in 2012 alone, study shows."  These statistics were taken from the annual report of the Conflict Monitoring Centre (CMC) which is an Islamabad, Pakistan based independent research center.

Unfortunately, the prevailing law and order situation and fear have forced the administration of many schools to close their educational institutes for indefinite period.  It is a fact that terrorist activities and subsequent dilapidated security situation has made serious psychological impact on thousands of our children.

Available research and literature have mentioned that conflicts have serious impact on a child's brain development, learning abilities, social interactions and ability to control emotions.  Psychologists opined that long-term conflicts could lead a generation of children experiencing mental health problems in their life cycle.

It is not only the mental health of children but terrorists have also made planned attacks on Polio health workers, in many parts of the country, to discourage the immunization campaigns of the government to eradicate the deadly disease.  According to the World Health Organization (WHO), in 2012 only three countries, Afghanistan, Nigeria and Pakistan, remain polio-endemic, down from more than 125 in 1988.

The Pakistani government, with the help of thousands of anti-polio workers, is trying its best to immunize all children in all parts of the country.  However, due to security reasons the target have not been achieved therefore the country recorded 85 cases of polio in 2013 compared with 58 in 2012.

It is also a fact that there is no cure for polio once a person becomes infected. Proper and timely vaccination is the only way out to prevent and protect the children from the disease.  Otherwise the victim of the deadly disease will live a life with a disability.

As the global policy makers divulge in post 2015 agenda for development, Pakistan faces a steep challenge to ensure universal health and education for its children. While one may deliberate upon the quality of health and education systems in place, it is a reality that our children and their future face a threat from rising wave of terrorism and fragile law and order situation in the country.

It is therefore an immediate time for the policy makers of the country to review the safety mechanism for our children and take immediate actions to promote and protect children's rights, in letter and spirit.

The martyr of Aitzaz Hassan is a reminder that people of Pakistan will not bow down against terrorists and they, the people along with their men in uniform, will make all possible sacrifice in their war against terrorism.  However, the political leadership of the country should also show the same bravery and come forward with a clear stance against terrorism.

About the Author: Amir Murtaza is Executive Director of Social Research and Development Organization (SRDO).