Financial stress is another cause of violence against women 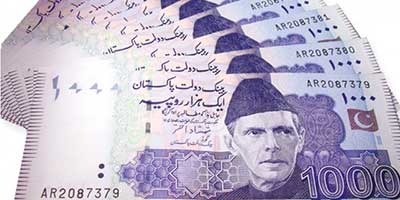 Financial stress is another cause of violence against women

Endemic poverty, inflation, skyrocketing prices and unemployment has placed many families under severe financial stress and therefore the incidents of violence occur quite regularly.  The relationship between violence against women and financial stress is therefore quite evident.

In order to understand the issue; Social Research and Development Organization (SRDO) has organized a discussion on financial stress and violence against women with a group of females, mostly from the lower middle income strata of the society.

During the discussion, it was reported that women face violence if the head of the family experiences monetary problems or financial stress.  In order to maintain the confidentiality, the writer has used the initials for the name of the participants.

“B” informed that her husband is school teacher in a private school; additionally, he also provides private tuition to some children.  “B” is a house wife and the family depends entirely upon the income of the head of the family.  She informed that, “My husband never ever shouted on me; however, in recent months we were not able to pay the house rent consecutively for three months.  My husband has taken some loan form his friend to pay the outstanding house rent.  Due to his inability to overcome the financial problems he has become quite aggressive.  He frequently shouts and perpetuates physical violence on me.”

The average family size of the participants of the discussion is 6.  They all live in rented place, where rent is due in the first week of every month.  Most of the participants live in a two-room house, with a kitchen and a common bathroom.  The average rent of the house usually takes more than 35% of the total family income of each participant.

It was disclosed, during the discussion, that ever increasing prices of essential commodities have severely disturbed their family budget.  Due to constant upsurge of prices, most of the families find it difficult to pay the monthly rent on time.  A number of survey participants informed that due to the non-payment of monthly rent the family often requires to take loan from any relative or friend.  The return of such loan is also a difficult task for the family due to their limited financial resources.

“N” informed that her husband has taken a loan to pay the house rent; however, he is not able to return the loan on time.  “N” added that, “One evening while talking with me he started shouting on me and held me responsible for spending too much money on food.  I tried to respond but he didn’t listen and even slapped on my face.”  She added that, “It was really painful for me as my two little children were also present in the room, at that time.”

It is a fact that gender based violence not only devastates the lives of women but also shock innocent children while they see their mothers are being physically harmed.  According to Brown & Bzostek, 2003; Edleson, 2006; “Children in families experiencing domestic violence are more likely than other children to exhibit aggressive and antisocial behavior or to be depressed and anxious.  Children exposed to domestic violence are more likely to experience difficulties in school and score lower on assessments of verbal, motor, and cognitive skills”.

The economic stress and consequent violence have made the lives of many women miserable.  In severe case such violence; the possibility of the breakup of families is quite high.

“R” said: “I have been living a happy married life for more than six years.  My husband used to work in a factory and his monthly income was more or less sufficient to meet the daily expanses.  Last year my husband lost his job and despite all efforts he was not able to find any appropriate employment.  The financial problems have made my husband extremely angry and he started shouting and beating me.”  Due to violent and humiliating behavior of her husband; “R” has left the house and now she is now living with her mother and brother.

Gender discrimination is widespread and starts as early as the birth of a girl child many societies.   Women face all sorts of adversaries during the whole span of their life cycle.  Violence against women is the most common yet least recognized violation of human rights in the country.  The constitution of country and all the laws have made men and women equal; however; implementation of the laws and procedures are absent.  Therefore, further steps are necessary, especially from the policy makers, to minimize and eradicate gender based violence.

The link between violence and poverty resulting in economic stress is truly evident and recognized.  It is indeed a high time for the society and policy makers to invest on girls’ education and enable them to earn a living for themselves and their families as and when needed. It has been an established fact that without economic independence, we could not achieve the equality between men and women.  Economic empowerment of women is necessary for a violence-free-life for them.

About the Author: Amir Murtaza is the Executive Director of Social Research and Development Organization (SRDO).  He is a senior researcher, analyst and writer on social development issues, especially pertaining to women, youth and children. He can be reached at