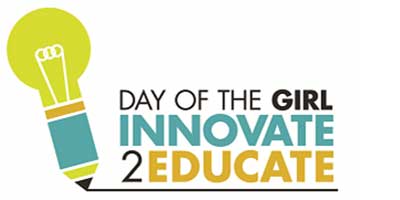 'Pakistan has made considerable progress in girls' education, particularly in urban areas. However, in poor rural areas, technology-equipped small community centers could make all the difference', says Amir Murtaza from SRDO.

By Amir Murtaza - Pakistan Correspondent for Safe World and Executive Director of SRDO.

In 2011, the United Nations General Assembly adopted Resolution 66/170 to declare 11th October as the International Day of the Girl Child.

11th October aims to highlight the difficulties and obstacles faced by young girls in their social and economic development, all over the world. The focus of 2013 International Day of the Girl Child is on “Innovating for Girls’ Education”.

There is no denying that education is the most important right of every girl; therefore, government, society and family should play their due role to fulfill their right to education.

Over the period of time, Pakistan has made considerable progress in girl’s education, particularly in urban areas. One can see increasing efforts and acceptance from the government, society and family towards girl’s education.

The significant growth in the number of educated girls in the country has resulted in a number of success stories. The higher passing percentage of girls and their superior performance in clinching top positions in matriculation and intermediate examinations are some of the positive signs of country’s progress.

Not only the passing percentage of girls at school and college level, their significant presence in professional colleges and universities clearly tells that the system and the society is giving them favorable chances of growth. The available conducive atmosphere creates opportunities for thousands of girls to fully utilize their potential and achieve success in all fields.

The growing proportion of educated girls has presented a significant and pleasant change in Pakistan’s urban areas. Our girls are now more career focused, resulting in a relatively higher age at marriage, decline in maternal mortality and family size are some positive indicators visible in big cities of the country.

Despite significant progress in improving girls’ access to education, a large number of girls, especially from the poor, marginalized and rural areas, continue to be deprived of their fundamental right to education.

A depreciating currency, growing poverty, poor economy, unemployment and increasing food prices have left very few options for poor households to send their girls to schools. Poor law and order situation and militant activities in some areas have further reduced the chances of education for girls in the country.

Lack of opportunity for the poor

Many poor girls have never had the opportunity to be enrolled in any school despite the fact that government or NGOs managed free schools are located in their vicinity. It is a fact that people, even in rural areas, have become quite aware of the importance of education. However, involvement of girls in domestic chores, taking care of younger siblings and early marriages are some of the hurdles in girl’s education.

The issue of restricted mobility for girls, especially in conservative social setting, is very critical. Many girls have failed to attend or continue their education because schools, mostly secondary and high, are located far away from their homes or school timings are not accommodating for them.

Girls’ right to education is well recognized in Pakistan at government and society level. However inclusion of all girls, without considering their geographical, social or financial background, in educational system is a serious issue of concern.

A wide range of issues including lack of funding, inefficiency, corruption, poor monitoring, political based appointments, ghost schools, girls’ restricted mobility and gender based discriminations are some conspicuous challenges to address by the government, civil society organizations and international development agencies.

The focus of 2013 International Day of the Girl Child is on “Innovating for Girls’ Education”. The theme has provided us an opportunity to review and bring innovation in our policies, programs and interventions.

More emphasis should be paid on information technology, introduction of computers, education software and e-learning courses, while focusing the peculiar needs of girls living in poor and remote areas.

Interventions should be planned, if schools are not geographically accessible or their timings are not suitable for girls. Community based and technology equipped small community centers can be established to provide formal education through web-based instruction. It is important to mention that there are two primary models of web-based instruction: synchronous (instructor-facilitated) and asynchronous (self-directed, self-paced).

Last but not the least, scholarship schemes should be introduced for rural girls on the completion of matriculation, intermediate and graduation. A tripartite agreement between the government, funding agencies and community based organizations could be forged to initiate and execute the scholarship program for rural girls.