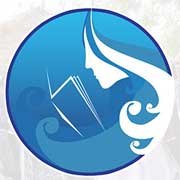 The Women’s International Fund for Education creates access to higher education for women in developing countries through financial support and mentorship. 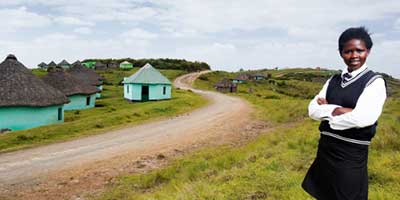 The Women’s International Fund for Education creates access to higher education for women in developing countries through financial support and mentorship.

Through frequent newsletters and the option to personally connect with the young women recipients The Women’s International Fund for Education builds cross-cultural awareness and relationships between donors and recipients. After receiving the scholarship and completing their education the recipients will become leaders within their communities and use their education to make significant impacts and changes to improve a variety of challenging conditions within their community.

The Women’s International Fund for Education is an established 501-(C)3 as of June 2013.  WIFE was founded in the late summer/early fall of 2010,  after a trip to the Philippines. Since our founding WIFE has established three board members, grown various spheres, developed a scholarship application and collaborated with organizations abroad. WIFE is currently funding the education for two women in Tanzania, Africa.  We seek to broaden our outreach- so please contact us for support! 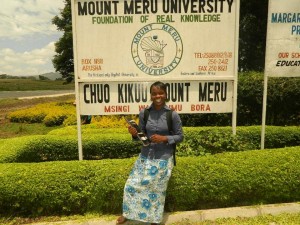 Tenahuvo Mahanyu (Tena) is The Women’s International Fund for Education’s first scholarship recipient.  She was born in October 10th 1991 in Usambara Mountains in Tanzania, Africa.

Tena is one of 36 children between her father’s 7 wives.  Tena suffered the loss of 9 of her brothers and sisters and in 1999 the most difficult loss of all, her father.

After the death of her father all the young children were dispersed between their older brothers.  Tena ended up living in Arusha, away from her mother and many other family members, with a brother who worked in a Baptist church.  Upon arrival in Arusha Tena began taking classes at a nearby primary school.

Despite the many losses, Tena’s life seemed like it was still moving in a positive direction.  However, the relationship with her brother soon began to change.  Tena and her brother share only the same father, not the same mother, so Tena’s brother told her stories of customs shared by their family that were manipulative and scary to Tena.  The most terrifying of these customs, was her brother forcing her to have sex with him, telling her that this is the way to bring peace to their broken family.

She tirelessly sought help, even approaching her brother’s wife.  However, these cries for help only exacerbated the problem.  When her brother found out she was trying to escape he got angry at her for disturbing the peace within the family and told her she must be punished.  The punishment for her attempts at seeking freedom was being beaten into submission and being continually raped by him.

The tragic abuse went on like this for six years.   Throughout those years, Tena became pregnant twice, each time the child was lost due to her brother’s violent abuse.

Tena’s brother provided her with a sponsorship to support Tena throughout some of her primary education and the majority of her secondary education through college, knowing how important education is to her.   This being her only means to education, he used the sponsorship to keep her trapped and feeling indebted to him.

Despite suffering years of abuse and feeling there was nowhere  to go if she left, Tena decided she could no longer tolerate this life and left to escape the torture of her brother.  Heartbreakingly for Tena, this meant losing her funding for her education and losing her home and a consistent source of food and shelter.  After searching for a place to go, Tena was able to find a caring pastor who, after hearing her story, allowed her to live with him.

Despite all she has endured, Tena was not willing to give up.  She continued to view education as a means for a better life.  Tena still plans, with the support of the Women’s International Fund for Education (W.I.F.E.), to continue her education and become a teacher and a lawyer.  Not only does she want a better life for herself, she also wants to bring hope to other women in situations similar to hers, showing them there is a way out- through education.  She wants to stand and fight for them against the abuse and other injustices faced by women in Africa.  Tena will not give up on her education as she knows it is the only way to create a better life for herself, making her an independent woman and freeing her from the ties of abuse.

Tena is currently attending Mount Meru University, where tuition is only $1,200 per year.  With the help of W.I.F.E., Tena is able to continue her education this year.  Please help support women like Tena rise above their hardships and inequalities they face, so they can create better lives for themselves and their communities.
Thank you-

The Women’s International Fund for Education