Swatantrata Abhiyan Nepal is a Nepalese non-government organization that works for justice and campaigns against all forms of discrimination and slavery like practices. 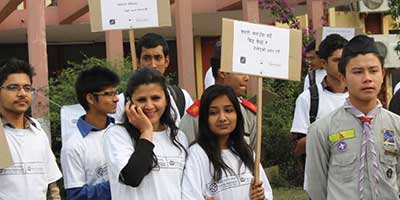 Swatantrata Abhiyan Nepal is a Nepalese non-government organization that works for justice and campaigns against all forms of discrimination and slavery like practices.

The civil society movement in Nepal has been contributing significantly on the social, political and economic progress of Nepalese society.

In recent years, especially after 1990 and 2006 peoples’ movement the state authorities have recognized fundamentals of human rights as states’ responsibility. However the deprivation, fear and discrimination exists in Nepalese society.

Despite a number of local laws, ratification of international human rights laws, constitutional provisions, development plan and allocation of resources, impunity has been continued, large number of violence and abuses against women and children is still underreported, discrimination based on gender and cast as well as special social economic status is rampant along with existence of slavery practices together with non recognition of informal sector employment exists.

In addition to this, new developmental problems such as climate change, industrialization and urbanization and corporatization of governance have created new dimension of deprivation, human rights violation and installed fear among the people, on the other hand it has call for new model and approaches on activism of human rights and intervention on development and governance that interfaces and collaborates with democratic governance, socio-economic progress and protection and promotion of human rights together.

Fear of violence, abuse, exploitation and impunity are major concern for Swatantrata Abhiyan Nepal. It believes “justice ends fear”. Justice that includes social, economic and legal justice with a safer, enabling protective environment particularly for the vulnerable are within the major objective area of this organization. Swatantrata Abhiyan Nepal campaigns for justice, protection and reconciliation system that respect dignity and fundamental rights of the vulnerable, victim and survivors. 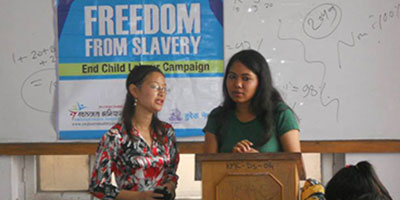 Slavery practices dehumanize the human dignity, reinforce discrimination and increase the violence, conflict and unequal social growth. Swatantrata Abhiyan campaigns against all forms of slavery and slavery like practices.