From Berlesconi to Virgin idols - Interview with Anushay Hossain 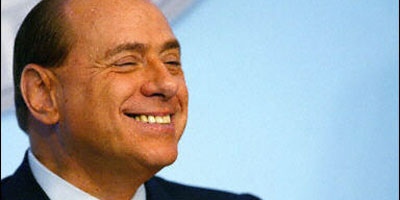 "I always tend to keep an eye on Berlusconi because he used to make me so angry when I still lived in Italy, and I just can’t stand him."

Anushay Hossain is a Bangladeshi women's rights journalist.  In part 4 of a series of outspoken interviews, Anushay talks to Chris Crowstaff about Berlusconi's sex trial and attitudes in Bangladesh to women's virginity. 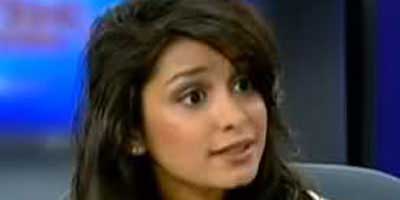 You write a lot about stereotypes and you recently wrote an article on Berlusconi and Italy, where you lived for a year. Could you talk about this?

Yes – ‘From Bill to Berlusconi - Political politicians sex scandals and the women’s movement.’

I always tend to keep an eye on Berlusconi because he used to make me so angry when I still lived in Italy, and I just can’t stand him.

I have a very soft spot for Italy. I’m just so happy that he’s finally going on trial and I just cannot wait to see how the trial shapes up because it’s been too long for Berlusconi to be able to get away with whatever he wanted to and he has.

In my article I actually compared him to Bill Clinton. I compared that political scandal to Berlusconi.

I can’t imagine how infuriating it must have been for Italian people themselves to watch their Prime Minister behave so irresponsibly.  He’s the head of state of a country – and his behaviour has – he’s just been kind of whoring himself out openly, in the public sphere at a time when not only is his economy one of the worst in Europe, he’s got one of the highest unemployment rates, and he’s just being oblivious to it all. Now that he’s actually been formally charged, there’s allegations of him keeping an apartment in Milan, full of young girls that are at his beck and call whenever he wants.

His behaviour has been going on like this for years, and I think it really kind of spiralled out of control two years ago when his wife, Veronica Lario left him.

I feel like after she left him he kind of took it as a green light to do whatever he wants. It’s really ironic he’s now being charged with having sex with this 17-year-old Moroccan prostitute.

So I just think it’s absolutely disgusting and I compared this to Bill Clinton’s scandal in the 1990s – kind of the first time we had seen the private life of a politician become very much the public’s business. The major difference is that when Bill Clinton was fooling around with Monica Lewinsky, the US economy was at an all-time high, unemployment was at an all-time low, and what he did, besides being terribly disgusting, wasn’t illegal. It was a consentual relationship between two adults.

Whereas what Belosconi has done persistently over the course of the past few years degrades women and reinforces the one image of Italian women, which is really as sex objects. You don’t see anything else.

And I think about 2 years ago, he filled the Italian Parliament with all these former models and actresses in meaningless positions.

So not only so glad he’s finally going on trial and that all three of his judges are also women, but I’m so happy that Italian women took the streets like they did last month.

Half a million people came out into the street and protested against him.

Italian women were holding up signs saying ‘our country’s not a whorehouse’.

I felt they were really standing up for themselves and I loved that they voiced their frustration. THis behaviour is unacceptable and they let him know about it.

Do you feel that the Italian women been wanting an opportunity to voice this frustration for a long time?

I think they’ve been wanting to voice this frustration for a really long time.

You know, Italians – I think it’s kind of like this in Spain as well. They kind of have a machismo culture and I think they excuse men's behaviour too often, they hit a boiling point with Berlusconi because he was failing at his job basically. It would be one thing if he was cavorting around with women, but Italy's economy was doing well and people had jobs.

When I was living in Italy, he was not very popular at all. He’s just extremely powerful and there really isn’t anybody richer or more well-known to even contest against him.

When you lived in Italy, did you feel that women wanted to break out of that macho culture or was there a sort of acceptance?

I think Italian women fall into a lot of stereotypes, the major one being of the all nurturing "Mama," the eternal domestic woman with her pasta and babies.

Like many women in many cultures, including the Middle East, people think the women are not interested in the politics of their country because it’s so male-dominated.

But that doesn’t mean that the women are apathetic and passive. If anything, I think that Italian women are more intelligent than Italian men and I think they know it. They’re very strong. They’re very powerful.

I think it’s just the dynamics of a very old culture. I mean the Catholic church has played a huge role in the country, in the Italian psyche and I think it really sidelines women whenever religion has a huge role to play in a country. Look at Saudi Arabia for example. It's a great way for men to use religion to keep women down, to justify their oppression and lack of rights.

We see this with Muslim women and we definitely see it with Catholic women because it really kind of delegates nothing more than the domestic sphere for women.

Is there a paradox that women are delegated to the home but also seen as being in charge of the family and held as a Virgin Mary sort of idol?

Exactly. It’s not only the whole Virgin Mary complex. It’s the whole virgin/whore identity. Women can only be one or the other.

And what woman wants to be labeled a whore? But it’s like if you veer too far from the domestic sphere, that’s exactly what you will be. It's a tactic used to control and scare women.

And it’s really powerful and effective. It’s been very effective in the Middle East for example, but we still see it around the world.

I mean, back home, if a woman does too much outside of her home, the first thing that some men love to throw at you is that you’re a whore. I think not only Italian women, but all women have had enough.

One of my favourite bloggers that I got to know through the whole Egyptian revolution is Mona Eltahawy and a piece on the virginity tests that the military were performing on female activists.

Can you imagine, in this day and age the State using proof of women's sexual activity as proof of their credibility?

And any country that is obsessed with women’s purity and virginity just won’t be able to progress, which is the truth.

I think people need to get over women's virginity, women's sexuality. Seriously!

With regard to Bangladesh, do you feel that there is a cultural obsession there, too, about young girls and virginity and purity?

Yes I think it’s a similar thing across the world.

The basic idea is that if there’s any suspicion that you’re woman is being sexually promiscuous, you are justified to do anything to get that honour back, including killing her.

I think – culturally – a lot of people think that’s fine and that’s normal. And that’s why the so-called honour killings are not called murder.

In South Africa for example, you’ve got baby rapes and the whole idea of that if you sleep with a virgin you’ll be cured of AIDS.

It’s something that the rural l witch doctors are actually spreading. It speaks to societies around the world and how they're obsessed with purity and virginity myths. Look at the power that is associated with it. Honestly, it’s such bullshit and it’s so harmful to women and girls, to their rights, to their growth. It is a testament to the historic obsession with women and their sexuality- the politics of sexuality.

Other Interviews with Anushay Hussein

The Trial of Silvio Berlusconi