What if Women and Girls Were Empowered? 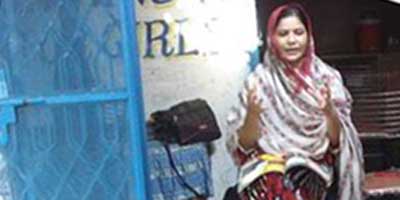 These statistics show that four women are kidnapped or abducted, three are murdered, two commit suicide, three are raped or gang raped, and two are killed in the name of honour every day. The statistics were shared by Aurat Foundation Director Advocacy Rabeea Hadi at a public solidarity event titled ‘Apno Ki Yaad’ organized to commemorate International Human Rights Day. She said that “the number of reported cases of rape and gang rape increased up to 17 per cent in 2014 as compared last year.’ (The News Thursday, December 11, 2014)

This is the condition of women in Pakistan: in this scenario, they are totally dependent on men of their families because in case they go out of their homes, they might have to face anything mentioned above. They are always scared – and this scariness makes men feel stronger than women.

As a result, they treat women as if they are of less value. It has been happening in the world since ancient times, although things have got better in the developed world...but what about developing countries?

Every source to make progress, to get an education, to become empowered is being taken from women just because if they will go out of their homes they will be ill treated by the men, and if they will get involved with a man they will have to be killed because this is the only way to secure the honour of their families.

But what if women were strong enough to resist against the rapists, kidnappers, street harassment, office harassment, physical violence, and mental violence?

This is very simple: control it all – let us make the women stronger. Let us make them feel that they can protect themselves, that they do not need men to guard them.

That they are skilled and employed like them and do not have depend on men for anything?

What if a man who tries to rape a woman has to think a thousand times before trying to do this because a woman has the power to break his legs and can send him to the jail’s hospital if he will try to do this?

We can make it possible and this is what we have decided to do at Zephaniah Free Education.

Here we teach women to make their brains and thinking levels stronger by getting an education; we teach them skills to make them feel empowered, and now we are going to teach them self-defense skills so that in future, men will have to think a thousand times before they decide to take a women as an easy task.