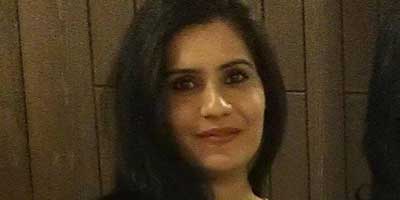 ZephaniahRifat Arif, who is known as Sister Zeph, is my elder sister. She was just 13 years old when she had to leave the school forever because her teacher humiliated her too much.

I was there to see all that.

The teacher was shouting so much and my heart was breaking inside – she did nothing wrong, she was just playing.

But I did not know that God had a plan for her.

My sister was unable to breathe for some time; she cried for days, she did not talk to anyone, and one day when my parents asked her to go back to school, she denied and said she will never go to any school again, but she will change our education system in which there is no respect and love for the pupils and that, in her academy, girls will get a free education.

It was August 1st, 1997, when she declared her plan; everybody in our family was in a shock about how she will do it. She was student of grade 7 at that time. Our parents allowed her to do it, because they thought she will be alright in a few days. It was like a joke for everyone in the family.

So I was her first student, then she started visiting in the village and asking the parents to send their girls to her, and of course no one trusted her; for a long time she had only one student, who was me.

Along with this, she kept studying by herself, without any teacher or an institution. And in 2013, she got her second master’s degree and became the most educated lady in the history of our family.

She never stopped visiting in the village to collect more students; she made pamphlets to tell the people about her academy, which was in our courtyard, in open air. As her education increased, girls started to join the academy.

In 2013, she opened a beauty salon to teach hair dressing and bridal and party make-up for free . She started teaching English to the girls, and now she is teaching them computer, too. The age range of her students is 3 years to 60 years, including many girls who left their education without completing it at any time, due to various reasons; she convinces them to start studies again, and she provides them stationery, books, and teaching.

So from the year 1997 till now, she had taught to 500 girls and empowered around 100 women by teaching them skills.

In 2012, she started writing blogs on women’s issues for World Pulse and Safe World for Women.

Until 2012, there was no one to give her financial support, so in 1999, she started teaching in a school for the salary of $6 a month; in 2000, at the age of 16, she started working in a telecom franchise as a receptionist, and in 2008, she joined a telecom company as an assistant manager – to fulfill the expenditures of her centres.

However, since 2012, she is getting a little help from her Facebook friends from overseas, but it is not on regular basis.

And after eating her dinner, from 8 p.m. till 11 p.m. she works on her Facebook page – Zephaniah Free Education; she also administers the Facebook page at World Wide Women, and she write blogs, and then she studies as well, because she has to prepare lessons for her students.

She arranges theatrical dramas for the community to give them awareness on our social issues.

During the last 16 years, I have never seen her taking a day off from work; she has never attended any family function, she has never gone on vacation – she is just working like a machine. It is not easy to work on girls' education and empowerment in Pakistan.

She also has threats from teachers and some people in the area who don't want her to educate girls, but she never stops. She says only education will change our world, and she says, she is educating girls to safeguard the future of our world.

She is known as Sister Zeph, not only in our own village, but from the other villages from where girls are coming to join Zephaniah Free Education.

The world must know what great people we have in our communities.

Zephaniah says of her sister:

“She is very intelligent. She has done a bachelor's degree in Arts. She loves traveling – she is different: she is the only girl in my family who comes from Islamabad to our city by driving herself and alone; it is something very strange in our culture.

Last year, when some people attacked on my home she called to the Superindent of Police (SP) of Police and told him to save her family or she will complain about him to his high-ups. She does not like to study so much, so she is not a student any more