Pakistan: One Woman's Life - and the Life of Many 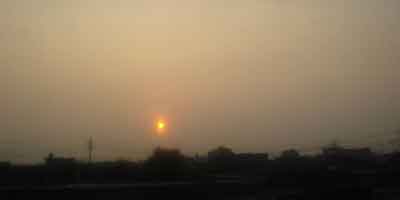 An Elderly Widow Shares her Story

She was 20 years old when her mother died, so she looked after her three younger brothers like a mother.

When she was 25, she got married to her cousin – both of them had never seen each other before because this is a tradition in rural areas of Pakistan, and if a girl asks to see her fiancé before the wedding, she will be considered shameless.

On her wedding day, when she was sitting in her home, her friends told her about her groom’s arrival with all his friends and family; they told her that he was very handsome – every girl was praising his looks. She felt very lucky and fell in love with him without even seeing him.

After the wedding, when she reached her husband's room, she waited for him the whole night in a bridal dress.

But he did not come.

He stayed out, away home all night, as this was his routine; later, she came to know that he was a drunkard and a chain smoker. On the second day he told her very clearly that he did not like her and that she could go wherever she wanted – he married her due to his father, who wanted him to do this.

She never told anyone about this and pretended to be happy.

Two years passed, and she had a daughter because he treated her as a woman, the woman with whom he could have sex; after all, he felt he had a license for that, and he was used to remembering this once in a blue moon. She thought maybe after the birth of a child, his behavior will change? But now her father was also dead; she did not have a way to go back.

So she decided to keep struggling for his love.

One day, he left her and went to Karachi – 1,300 km away from her, and after a few months she also went behind him. She gave birth to two more daughters; now she was alone with him and no one could rescue her from any bad circumstance.

He started beating her; he wanted her to ask for a divorce because he was scared of his father to give her divorce himself.

On their third daughter’s birth, he beat in her head with a rock and she bled so much that this injury is still in her head; he did this because he wanted a son.

But she did not leave him.

The Way to a Husband's Heart?

He again one day left her and moved to Lahore, She came back, too, and he said he could live with any woman, but not with her.

Because she was not of his type: she was neither educated nor skilled – she only knew to cook food, and wash clothes and the floor. As she was always told that this is the way to win the husband’s heart – and that woman who can win her husband’s heart will remain happy ever after. So she did only these things her whole life.

Still, she could not win his heart.

One day when she was just hoping that she will win his heart, he got injured in an accident; now he was with her, in her home. So, she had to go out of her home, she worked as a cleaner in a hospital, she worked as a maid, and she made fuel with buffalo shit to cook food in her home.

She did everything to save money and to earn money.

Because he was in bed for the rest of his whole life, she could not give proper attention to her daughters; one girl fell in love with a married man and left her home without telling anyone.

Another daughter committed suicide at the age of 35 because no one was ready to marry her due to their poverty.

And yet another daughter got married to a man and was forced to produce many children, so now mother is helping her daughter to feed nine children by working as a maid – at the age of 80.

The Fault of Society

Her life is full of pain and helplessness; I do not think it is only fault of her husband, but it is the fault of our whole society, where girls and boys are not allowed to see each other before getting married, yet after that they are forced to live together.

Why does a woman have to live with a man who does not love her, respect her, and who denies her all rights, and humiliates her all the time?

Not only this woman, but her daughters' lives were wasted; none of them have any hope, or any goal to achieve; they just wanted to live, and life was so far from them just because of one wrong decision.

If a woman is getting a divorce, she is blamed that she must be wrong; she is left by the man, and she has to suffer and wait till the end for love and respect.

If she wants to marry a man whom she loves and who she thinks loves her, she has to be killed for so-called honour.

If she wants to be educated or skilled, she is being told no education will give her love and respect, but if she will clean her home and will cook food and will produce sons she will be respected.

How will things be changed for the women here? This is the question.