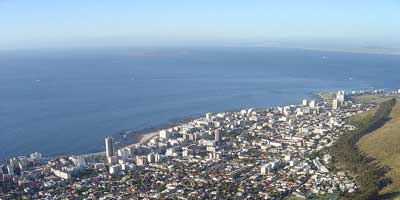 When I lived in the Middle East, prior to immigrating to Canada with my parents about seventeen years ago, I never knew that such a thing as homelessness even existed. I led an extremely sheltered life. And, while my parents were very cool and open-minded, they were still quite overprotective of me and my siblings.

I did see homeless people on the streets of Karachi, however, each time my family and I visited Pakistan, but I was too naive to realize that in addition to being beggars, they were also without homes, for the most part. These were people who slept on the streets or in abandoned, run-down homes filled with rodents and cockroaches. It was only when I moved to Canada that I began to realize and understand that such a thing as ‘being without a home’ existed. I remember being shocked when I went downtown, for the very first time, and saw a man in ragged clothes approach me for change, because he wanted food. I was even more shocked when I saw a woman, wearing nothing but rags and a battered, torn old coat  that she probably found in the dumpster, sprawled on the pavement on one of the major downtown streets. It was winter time, freezing (probably around -15 or so), and the poor woman tried to curl herself up as much as possible so that she could keep warm. My heart broke into a million pieces. I was around 15 years old at the time, when I witnessed all this, and I was under the impression that Canada did not have any “poor” people. This is the thought process that most people, living ‘back home’ have of those that live in Europe and North America. For some bizarre reason, these people are under the impression that poverty and those living in poverty are non-existent — as a matter of fact, I was told personally by a few relatives and cousins who live in Pakistan and even the Middle East that I must be living in a “gold mansion,” driving a “BMW,” and making “millions of dollars.” When I heard that, I couldn’t stop laughing at the sheer absurdity of it. No. Living in the west does not, by any means, equate living a wealthy lifestyle nor does it mean that every single person who lives here are necessarily wealthy. That is the biggest, most erroneously skewed  assumption we could ever have about a place or country.

Poverty exists everywhere, regardless of how rich or how high the overall GDP of the country is. The difference is that countries like Canada and the US know how to deal and take care of people who are impoverished. The government and the communities try their best to provide aid in the form of welfare programs, employment insurance, subsidy housing, homeless shelters, child tax benefits, etc. And though I don’t want to overly praise these programs and initiatives because they are not completely flawless, they are still quite an excellent effort as compared to the zero amount of aid that is provided ‘back home’. And for that I am very grateful to be living in Canada. (I will be dedicating another longer, more detailed piece on the issue of homelessness, in a separate post, as this is only meant as an introduction to my thoughts on the matter, so stay tuned for that.)

Anyway, I didn’t meant to digress, but the initial reason I wanted to address this issue of homelessness was because about a couple months ago, a really close friend of mine shared a status in which she described her experience, in beautiful detail, with a homeless person. My friend — a fellow Pashtana — currently lives in Capetown, South Africa — one of the most beautiful places on earth. Yet, what she saw while going about her busy life there was quite heart-wrenching. With her permission, I decided to share her write-up on my blog too. I feel it is an important read and one totally worth your time. I know I couldn’t stop thinking about it when she initially shared her status about two months ago, which is why it got me thinking about my own experience and thoughts about homelessness and homeless people in general. So, here goes:

Hello people! Monday again. It’s such a different vibe compared to a Friday. You can actually see and feel this happy energy on a Friday, when all are about to dive into the weekend. Mondays are so quiet and totally with a loud ‘dud’ sounding almost in the air. Live well while you can. Listen more to Bob Marley and tune into Humans of New York if you need real news. And read beautiful books and travel more, even if that means only going out to your nearest neighbourhood park. And give out home-cooked meals, even a sandwich, in disposable boxes to homeless people on the street you may cross.

Okaaaay, so, my utmost gut-wrenching moment this past week was: I went to the beach near my home (Sea point, my usual late noon, vitamin D intake place) to sit on the bench and read for two hours, at the very least (The Medes and the Persians, Conquerors and Diplomats by Robert Collins if you must know — beautifully written). It was a nice sunny day; joggers, honey-mooners strolling hand in hand, dog-walkers, puppies, ducks, geese, sea gulls, children on their tricycles, a few cops running rounds — all sorts of folks were out and about. At the corner of my eye, while reading, I caught something moving at a slow pace from the usual crowd. I glanced up to see, without lifting my head, an old woman wearing loose clothing, lugging across her shoulders two clear blue ginormous bags, and also holding one in her hand. One bag seemed to have a lot of clothing in it and the other two I didn’t look enough to register. So I went, thinking, she’s ok…..prolly going to clean up these clothes and then set up a stall at Long Street selling at discount. Nodding a little approving nod to myself, ok she’s gonna be all right, I went back to reading. She walked past me quietly, as I was half expecting, she might stop for change and address me if she needed to, but she didn’t and my heart at its slightest felt ‘alighted with a smile’ at that instant; that she’s all right and has something to get by. At a little distance of probably 20 feet, she stopped and asked someone something. I couldn’t read into it, so while still reading and glancing sideways to left in a nonchalant way, curious about that lady, and just to see where she was heading out to, she chose to sit on the next empty bench beside me. While she was busy rummaging through her bags, I went back to busying myself with the book, again happy at the thought, ok she’s sorting out her stuff prolly, again smiling on my inside. I heard her ruffling up some papers and then heard her shearing some piece of cardboard, very busy with it, like as if someone is almost doing embroidery. I’m thinking, hmm…. what on earth is she making?

Anyway, for the next 20 minutes I was again lost completely in my book when suddenly I smelled smoke. I looked up to see. Nothing. I then looked to my left and I became speechless! A complete blank for a few seconds! Nothing but kind of heart-broken! It came back then, earlier, the words the woman had spoken to the passerby WAS in fact she asking for food. Two of the other blue bags were garbage bags that she had picked up from the bins around the beach, and she was looking for morsels of food in it, and after finding no luck probably she resumed to the cardboard she had found. She sheared up little shreds, and made it up into just a plain paper cigarette, and perhaps smoked it for comfort?! Definitely there was no weed involved in there, ’cause the cops were standing just approximately 20 meters away from us. And they had just driven another homeless away, who was all stoned up and was trying to find a spot to sit without falling around (he did finally find a warmer place to lay down curling up on the sand below).

I sat, staring at my book, blank from that moment onwards, not turning a page, not able to focus on the words sprawled before me of conquerors, times before 6000 B.C., of what a great intellect Cyrus was, of King Darius, of the Jewel kingdom of back then in the world, how the life of a royal was and as compared to a commoner citizen; they were all swimming in my head like someone had turned the blender on. And it’s all become a mush, like someone has punched me down with huge boulders feeling so helpless. How is it that in this world? The riches are so extremely vast; the resources can go on forever, if used rightly; and, there is plenty of food to fill all stomachs, not just of humans but of all organisms of life. Not a single bird, animal, insect die of starvation in masses, they are met with their due sustenance. Yet, we humans control whatever little form of power we have over others to make divisions amongst ourselves — to take away from each other and regulate statuses, classifying the world into rich, poor, and starved!

By the time I came back to my reality and sense, she had walked away from my sight, and I couldn’t give her the bag of peanuts I had in my pack.  I felt empty! I used to be extremely afraid of homeless people when I was little, some time along the line I even used to buy into the general belief that they are “lazy” and can’t find work. But since a long while, I have known, and believed, what do I know?! Have I walked the mile they have? Have I been on the crossroads they have? Why would they not turn in for help if it’s out there? I am still, of course, afraid when walking a street if dark, and I see a pack of them cornered, huddled up with each other, especially if drunk, because you never know when they can jump you.  But, it does not necessitate us to despise them, just because they might have had it rough. I keep wondering what trials and tribulations they must’ve encountered to end up in that state. When they were born, they might have had someone out there. I guess I just wish for a world that is fair to every form of life.

No doubt, the feeling of helplessness is overpoweringly drowning though.