The Practice Of Teknonymy In The Pashtun Culture 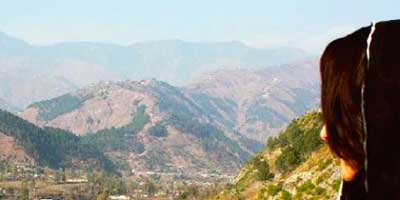 I first learned about, and was exposed to, the traditional practice of teknonymy during my visit to Khyber-Pakhtunkhwa, about two years ago. For those who are unfamiliar with the term ‘teknonymy’, it is an old tradition practiced by various cultures around the world, especially in tribal societies within parts of East Asia, South and Central Asia, West Africa, and much part of the Arab world. Hence, teknonymy is the practice of referring to parents by the names of their children.

It appears that the practice of teknonymy varies from culture to culture, and in some cultures, which includes aboriginal culture, it has become inculcated to such an extent that it is a requirement for the father, and sometimes the mother as well, to permanently rename and replace the original name of the child at birth. In other cultures, however, the name change may be required by either custom/tradition, class, or perhaps even etiquette; this is mainly due to the existing  ”taboos” against addressing or referring to elders and/or senior members of the community by their given first names. This is particularly evident in Arab cultures, where it is honourable to refer to a married woman (with children) as Umm, which roughly translates to “the mother of…” (for e.g.: Umm Salamah, which means “mother of Salamah”) [1]

Similarly, teknonymy, as practiced in the Pashtun culture, is not that different from the way the Arabs practice it – in both rural and urban areas in Khyber-Pakhtunkhwa and Afghanistan – where they, too, do not prefer to use the woman’s actual, or personal, name in both the public and private sphere as it is considered “inappropriate.” Women are instead referred to as Da mashumaano mor, or the mother of their children (usually the eldest child), for example, “the mother of X,” or perhaps even simply as the Da korr wadaana, which roughly translates to “the woman of the house.”

Historically, the name teknonymy was first introduced by a British anthropologist, Edward Burnett Tylor, in the year 1888, and he’d derived the term from the Greek word, “teknon,” which refers to child and “onymy,” from the Greek onuma, which means ‘name’ [1]. While the reasons for the origin of this practice are ambiguous in many cultures around the world, its initial roots were associated with the matriarchal family. Thus, its relevance of origin in the Pashtun culture may perhaps be on account of the tribal custom of Pashtunwali, where women were seen as the main authority, especially in the household arena, whereas the men’s place – or authority – was placed on the outside (of the household). Also, it would have been much easier for women to identify a spouse of the other women by their children’s names, as men’s names were most often not known. Additionally, children, especially female children, that are under the age of 12 (and this age can vary), are generally excluded from observing sathar, a Pashto term referring to the seclusion of women. Hence, in large gatherings, in a society where sathar is observed, it makes it much easier to refer to other women and men by the names of their children.

As a matter of fact, I had heard from one of my elders that once Khan Abdul Ghaffar Khan — a prominent Pashtun leader, who was also popularly known as Bacha Khan — was once visited by a Pashtun woman, who’d said to him that her son is unable to go about his business anymore, as some of his fellows had learned her name, and was thus ashamed of the fact that her name was now known amongst his friends. In response, Bacha Khan told the woman that this is the arrogance on the part of our (Pashtun) society; if a woman’s name was a matter of shame, then we would have never learned or heard the names of the mother, wives and daughters of Muhammad — the prophet of Islam.

Furthermore, during my visit to Khyber-Pakhtunkhwa, I noticed that in the village where I was staying at, sathar was not that common because the village was mostly isolated and the villagers often consisted of fellow relatives. Yet, it was common to avoid calling out the first or maiden names of the women in the village, in public, particularly in the presence of men. And the men never mentioned the names of the women in social gatherings either, even if the gathering was among immediate family members. This, I found, unusual, especially since I’ve lived and grown up most of my life abroad — first in the Middle East and then in Canada — where in my family my relatives address each other by their first names. Interestingly enough, I’ve rarely heard my father call my mother by her first name; rather, he would often refer to her as Eh Jeenai, which roughly translates to “hey, girl” or sometimes he would simply address her with Eh. And, mind my readers, he is quite educated and progressive in this thinking. I suppose, in his case, it is more out of habit or fondness instead of shame/honour. My mother, on the other hand, does actually address my father by his first name. Similarly, my husband’s parents — my in-laws — address each other by their first names, which is something that is rare and actually unheard of, especially back home in the villages. However, it is not unique, especially among progressive Pashtuns.

However, the practice of teknonymy in the urban areas is slightly different in that I noticed that the more educated class — the educated men, in particular — did actually address their wives and sisters by their first names at home, in front of their siblings and other close relatives. However, this was only limited to the private sphere. Once these educated men stepped out of their homes, they would avoid calling the women in their family by their first names, and would instead refer to them as the mother of so and so.

During my stay in Khyber-Pakhtunkhwa, I had visited two clinics, one in Mardan and another one in Nowshera, and I observed how the doctors (mostly male) only asked for the woman’s last name, for e.g.: Mrs. X instead of using the woman’s full first and last name. The only time a woman’s first name was mentioned, and that too tenuously, was when purchasing prescription drugs. And this, too, was only limited to big, renowned hospitals, and not the small town clinics.

While the practice of teknonymy is quite prevalent in various cultures and societies across the world, it is a tradition that is starting to change, and evolve, especially among Pashtuns that are becoming more educated, more well-informed, and more progressive. The world is indeed changing; societies are changing, and what we had perceived as the norm yesterday are now perceived as prejudices today. There was a time when women, both in the east and the west, were believed to be the core of a household; this was her main domain, where she was restricted to solely taking care of the kids, cooking, cleaning, and attending to her husband’s needs. However, things have now changed, especially in the west, and are also gradually changing in parts of the eastern world, for the better. In such a fast-paced and technologically advanced world, practices that were once seen as necessary are now regarded as irrelevant and baseless, and are thus eschewed by many societies around the world.

However, those that are still conventional and believe in preserving every little bit of our past, will adamantly argue that women have no business to be outside of the house, as that is their realm and their only purpose in life is to cook, clean, bear kids, etc.; sadly, these are also the same people, who will argue that a woman’s first name should never be mentioned, ever, as it is “dishonourable.”

Mentioning a woman’s first or maiden name in public should never be an issue of shame or honour. Consequently, we need to ask ourselves whether this is a tradition that we should continue or eradicate, as we aim to move forward to a more tolerant, progressive, and egalitarian Pashtun society.