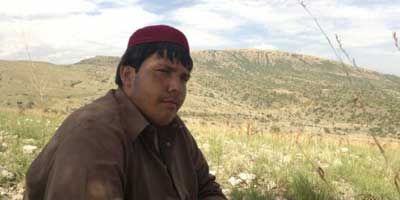 The Bravery Of Aitzaz Hasan: A Great Loss To Our Nation

Recently, my Facebook newsfeed was flooded with pictures and news of a 15-year-old boy, from the north-west region of Pakistan, more specifically the Shia-dominated Ibrahimzai District in Hangu, who risked his life to save thousands of students at his school from being blown up by a suicide bomber. Curious, I decided to look deeper into the story and what exactly happened and what I discovered was heart-breaking. Truly and utterly heart-breaking.

The name of that brave 15-year-old boy was Aitzaz Hasan and that fateful tragic incident occurred early Monday (January 6th, 2014) morning, when he and two of his close friends were on their way to school. On their way, however, they were stopped by a young man, who asked for directions (to the school, I am assuming); he came off as a stranger, who, albeit, was wearing the same uniform as theirs, appeared to be very odd and out-of-place. Sensing danger and deciding to trust his instincts, Aitzaz ended up tackling the young man as he tried to escape, which hence resulted in the young man blowing himself up, killing them both in the process.

It’s heart-breaking, tragic, commendable, and incredible – all at the same time – learning about this child and the selfless way in which he risked his life to save 2000 students at his school. There is no doubt that this child’s bravery will have struck a deep chord in a nation that is inundating with distress and anguish, going as far as putting him at the same rank as Malala Yousafzai. This is a country that has been enveloped in despair and chaos – a country that sees no end to extremism and sectarian mayhem, where suicide bombers and Taliban mutineers cannot distinguish between children and adults, targeting anyone who goes against their vistas or becomes a threat to their despicably primitive ideologies; where schools are bombed mercilessly, because education is believed to corrupt minds. Also, considering the ongoing conflict between the Shias and Sunnis that is still quite vigorous in the nation, most likely the attack occurred to kill off as many Shias as possible, regardless of whether they were children or adults. The sheer inhumanity of learning about this incident and the lengths to which this hatred for each other is ensued, simply based on sect, is mind-boggling. A human’s life has become worthless – resorted to nothing but pigeonholing.

More importantly, however, learning about Aitzaz’s death struck an even deeper chord within me, especially now that I am a mother myself. Looking at his picture – the one that has now become viral on every single social networking website, every single news story, and all over the world wide web – in which he is wearing a light brown shalwar kameez, a read topee (hat), and sitting to the side (not looking at the camera), with a beautiful scenic view in the background, I can’t help but wonder what his family must be going through – what his mother must be going through. No doubt she must’ve loved him, must’ve had such high hopes for him — hopes that someday he will grow up into a man, get a job, get married and maybe even have children of his own — only to see his life get cut short drastically, without any warning, without any reason. Just the shock of all of this is incredibly traumatizing.

It is difficult enough raising a child, and it is especially difficult raising one in the third world. Children in countries such as Pakistan, India, Bangladesh, Afghanistan, etc. do not have the same sort of care that children, which are fortunate enough to be raised in the West, have. From immunization shots to proper medical care and treatments to ensuring that the child is well monitored and cared for (free from all sorts of physical and mental abuses), it is heart-breaking to realize the pains and struggles this boy’s mother must’ve endured to raise her children properly; to instill values in them that have indeed proven to be beyond commendable.

Oh, the pain, the anguish of losing a child – a pain that I may perhaps not realize well enough, but it is a pain that I can understand because our children are our essence. We revolve our lives around them. We live for them. And nothing can and will ever justify the loss of a child, even though Aitzaz’s parents find comfort and consolation in the notion that their child is now a “martyr” – he sacrificed his life to save thousands of other lives [Source].

His father, Mujahid Ali, was quoted as saying:

“My son made his mother cry, but saved hundreds of mothers from crying for their children.” [Source]

I really hope his family will find the much-needed strength to get through this extremely difficult time. And may this young man’s life be forever honoured and commemorated for his bravery, for it was a life lost too soon. He is not only a great loss, but he is our nation’s hero. May he continue to remind us of his selfless courage, and further inspire us to raise our own children with the same heart and mind.

He was not just someone’s child, he was everyone’s child – he was the epitome of all our present and further children.

May he rest in peace.