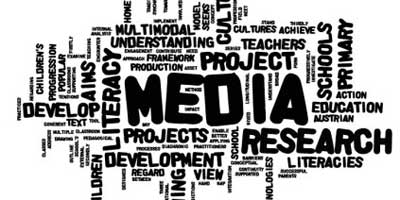 “Working as a Pashtun female is not easy in any field,” said one of my Pashtun Journalist friends, Sana Safi, when I’d asked her what it was like working as a Pashtun woman in the media. And the more I thought about what she said, the more I realized how true her statement was. This is especially true for women who’ve decided to break all social/cultural barriers to work in the media, such as television and/or radio broadcasting.

Before I go any further, it is important to understand the context of why Pashtun women, who are working in the media, are seen as unacceptable by some Pashtuns who are not only living back home, within Afghanistan or Pakistan, but also abroad. There are Pashtuns who believe, and are convinced, that the media “exploits” women. And how, you may perhaps ask? Well, purdah (modesty in the form of being covered from head to toe) is quite prevalent in the Pashtun culture; so, to see a woman, appearing on television without being “covered,” is more than often viewed with utter contempt and deprecation. Some go as far as labelling her a dama (a derogatory Pashto term for women who appear in the media).

The female Pashtun journalist I was interviewing for this piece further informed me that women have to work twice as hard to be accepted in the media field, and once they are accepted, instead of being praised, they are often regarded with doubt and cynicism. She further went on to tell me how there is a wide-held view that if a woman is good at her job she must have been helped by a man. And when I say “helped” by a man, I mean that such women are accused of having “affairs” with their male colleagues, which hence earned them their success.

Moreover, the common perception is that a woman who chose media as her profession is ready to be verbally and physically abused, when that is never the case in actuality. This, as a result, discourages many women from seeking jobs in television and/or radio broadcasting in fear that they will be negatively labelled and vociferously abused; in worst cases, some even get physically attacked, and, at times, are given blatant death threats. Hence, the biggest problem faced by many Pashtun women, who are bold enough to work in the media, especially in their home country, is that of safety and security.

“When I was in Afghanistan I had to change my route every day from work to home and home to work, had a male (in my case my brother) with me as my bodyguard every day I left home, wore a burqa, stopped communicating with the women and people of my neighbourhood, so that they don’t find out that I was working for radio/TV,” said a prominent Pashtun journalist friend of mine. She has been working in Television and news broadcasting for the past eight years and still adamantly continues to do so, despite the numerous obstacles she has faced, and still continues to face, till this day. “As a Pashtun woman journalist, when your face is seen by the public (being on the screen) is especially a huge challenge. The challenges start with the family, relatives, tribe and then the masses. Some of the biggest threats that I have had to deal with were that of security, social attitude, work environment, and social life.”

Furthermore, she adds that some women in Afghanistan even go as far as changing their names, in order to ensure their safety and hence continue working in the media. And if name-changing isn’t enough, those who do successfully make it in the media world often practice self-censorship, where the woman constantly has to watch what she says and how she says it, ensuring that she doesn’t go out of line, which could pose dire consequences to her safety (and perhaps even her family’s safety). She has to make sure she remains serious at all times, meaning that laughing isn’t allowed, for laughing loudly (culturally, and especially, religiously for women) is perceived as inappropriate and ‘unwomanly’. She even stops attending social events and gatherings in order to draw less attention to herself, for fear that people would recognize her and target her for having the audacity to work in the media. She has to watch what she wears, ensuring that she complies with what is considered “modest” in the Pashtun culture, even if she doesn’t necessarily wear a burqa or paRuney (a cloth that Pashtun women wear to cover themselves). And finally, she refrains from making jokes, especially with fellow male colleagues, for fear that it may be misinterpreted and pave the way for sexual advances/harassment, or worse.

Consequently, it does not come as a surprise why the number of Pashtun women’s presence in the media is very limited. This negativity around women’s appearance in the media is particularly evident and further exacerbated on social networking sites such as Youtube, Facebook and Twitter, where some Pashtun men, in particular, verbally attack Pashtun women who’ve either been interviewed on television about important social/cultural issues in Afghanistan/Khyber-Pakhtunkhwa, or have given important speeches covering issues that Pashtun women are currently facing, encouraging their development and emancipation. And rather than being commended for their bravery for speaking up about such pressing issues that no one bothers to talk about, these intrepid women are instead attacked for the way they are dressed, either for wearing western attire or for not being covered from head to toe in a burqa, or both; as well as for blatantly speaking out against issues – bold, socially taboo issues – when it’s “not their place” to do so.

So why are Pashtun women, who appear in the media or choose media as their field of work, perceived in such a negative light? And what can be done about it? Well, I personally believe that change begins at home. And men’s perception about women’s sole place, as being limited to the household arena, needs to change. The fact that many Pashtuns are accustomed to seeing the woman as the housewife and the man as the breadwinner makes it that much more difficult to break loose from such traditional and culturally instilled norms; it limits them in their capacity to look beyond the patriarchal box in which they have been raised. So, to see a woman in the media is more than often perceived as alien and confounding, because it is something that they have never seen before and are not used to. Some Pashtun men, in particular, are conditioned with the belief that a woman should be covered at all times; that no man should ever see her; and that her only purpose in life is to cook, clean and bear kids. Yet, that is not the case at all, for women are capable of so much more; they just haven’t been given opportunities to showcase their worth and talents.

Nevertheless, the only way change can happen is through education and awareness. Those Pashtuns who strongly oppose women appearing in the media need to understand that just because a woman appears in the media or has chosen media as her field of work doesn’t mean that she is a dama, or that she lacks morals to get where she has always aspired to be. There are women who are genuinely passionate about working in the media and have achieved their positions based on merit. And this passion is due to several reasons, mainly that of personal enjoyment, fulfilment, and empowerment

“I do feel that my work has empowered me. It is an opportunity to raise issues and talk about the topics that are considered taboo in the society. After becoming a journalist, I found the confidence to raise such topics and spark a debate which in itself is empowering,” said Safi.

Although I realize that negative perceptions about Pashtun women working in the media won’t change overnight, it’s eminent that those of us who are educated and understand their importance in the media give them as much support as possible. Women shouldn’t have to be afraid and abstained from doing something that they love. And, with time, I am hoping that more and more Pashtun women will attain the courage to pursue their dreams, regardless of what others think or perceive of them.