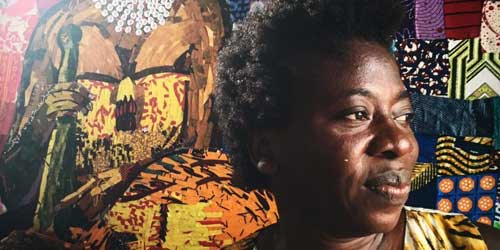 Once upon a time in my country, Nigeria, there was a ruler who was not nice to all. He was an embodiment of what nobody wanted but his reign was forced upon us and dumped upon our shoulders by the powers that be in those days.

He was dreaded by many and not revered by all. He was fear personified.

He was powerful but not popular; he was the chief and commander in chief of all. His words were law, all law was set aside when he spoke. The disappearance of many activists were not unlinked to his men, those who could not remain silent went on self exile and many writers and musicians were paid to praise.

In all these and more, there were some outliers. They remained undaunted in the face of oppression. They fought with their might and they won gallantly in the end because as my sisters and brothers in Northern Nigeria would say: Seriki goma; Zamani goma, Oba mewa Igba mewa, Ten Queen/kings; Ten seasons.

The world is not as straight as the rod of a gun.

The reign of the fearful one laid the solid foundation of social work in Nigeria. It began the movement of women and men who refused to remain silent in the regime of a fearful leader. It brought about the resistance of young mind and elderly people who said enough!

Never again shall Nigerian remain silent in the face of a leader that disrespects anyone in Nigeria. The leader might disrespect but the people shall speak with one voice.

So, we, the people began to educate, agitate and organise as the man I respect most in India instructed. The people began to stand for others against all odds. There were midnight meetings and terrifying moments but never a moment without the united progressive Nigerians. No matter how slow to react, weak, shaky or low the sound of our voices, we never stopped using the voice, whenever it was necessary. We, the people would respond. We resisted and we said No to every oppressive action, word or reaction to any weak or voiceless Nigerian.

That leader amassed so much wealth that his third generation would live on his ill-gotten wealth but his name became synonymous with oppression and hatred. In the end, he was wrapped in some sheets when he slept peacefully in his hotel room.

He left the world with nothing. The irony of life.

Today, in the dead of the night Nigerian time, I began to look at the situation in America, after the election of Mr.Trump. I read about the hate speech, action and reaction that were permeated by the people, after the announcement of his victory and I remembered, once upon a time in the history of Nigeria when one man came to power. Although it was tough, but the people united in love. My people refused to join in negativity but held hands together to begin a movement that came to live forever; a movement that changed lives; a movement that saved lives; a Movement of Love that can never be uprooted in the sand of Nigeria. Never.

Because it became a movement that birthed, nurtured and built strong civil society.

America is not the land of free hate speech.

United Americans, this is the time to stand together and hold hands together. This is the time to wait and watch and ensure that the immigrant feels safe before you move on; it is that time to hold hands or place your hand on the shoulder of the third gender, when you could see the anxious pumping of their chest; this is the time to tap into your inner feelings always; if you feel that something is wrong in that alley/corner... definitely something is wrong, wait a bit, then, blow your whistle of love. Do not forget the rule of the life jacket on the plane. Wear your jacket, stand at a safe distance, then blow air into the life jacket. Never forget that safe distance.

This is the time to save the lady from indecent groping. Stand with her at that moment.

This is the time to stand firm on what has continually held the world together - Love.

There would be times when keeping silent would not be an option, Yes, we were taught about how golden silence is, but in the face of oppression, silence in never an option. Speaking out is golden in the new America. Human chain will save more lives than golden chain in the coming years. Human chain will save generations instead of chaining lives and destinies in prisons very soon. Impartation of souls will make a positive difference instead of deportation of illegal migrants.

American sisters and brothers, come together to make resounding impacts in the lives of your voiceless ones. There is a local adage that says, the water that is meant for you will not flow into a gutter, nobody can steal your jobs, what is yours will eventually be yours. We must not forget our universal laws too. This was what your activists of the golden period stood and sacrificed their lives for, right on the on that altar of humanity; Nobody is a lesser being, we only have lesser opportunities than you have in your country.

But in togetherness, the world can become the best place for humanity.

The new morning in America has become a wake up call for the whole world, a call for the rest of the world to work together and unite against what will bring the world back to the early days of humanity. As the world forges ahead to become a better place for all, May America too wake up to usher in Love for all; May America become great again in kindness and love.

This is not a call to fear, No, the world has known enough fear of danger and death, this is a call to kindness, a call to renewal of faith in humanity, a call to serve the defenceless, a call for a just and egalitarian America.

The world stands with you in love as you grope to stand in kindness once again. Let love rule again in America. Make America great again; but only in love and togetherness.

America love that has no Part 2.