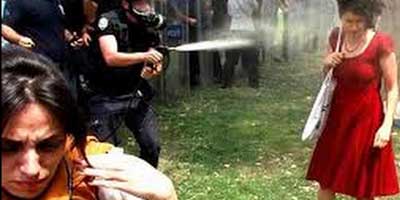 I’m writing as a witness as to how far the violence of the patriarchal system’s domination all around world can be taken.

Today we are in a transition period from the analogue to the digital world. And during this transition, I have witnessed how people can unite and be in solidarity against the oppressive regime of patriarchy.

I used to be one of the hopeless ones in Turkey. People in my country were oppressed with fear and we were all alienated from each other by the usage of religion, sects, sexuality, ethnicity, and everyone had become “the other” in the eyes of another person.

To sustain their domination, those who are in power constituted literally a fear regime with the pressure they applied to the press, especially to oppress women and with their identity destruction politics through women’s bodies.

Everyone was accepting this situation, everyone was being oppressed; the voices that stick out from the silence, could be condemned easily.

Everything has started with couple of trees and that’s why no one could correctly interpret and tell what was really happening. When the Protest had started against the construction of a shopping mall and to stop the destruction of the trees for this purpose at Gezi Park in Taksim Square Istanbul, even I couldn’t stop myself thinking “yet again, how many of us will be there?”

Our eyes were filled with tears

During the first day, after the usage of pepper gas to those who went there to protect the trees from destruction, suddenly the number of people arriving increased. Then, after the gas attack the cutting of the trees stopped, and so later that night we sang songs, danced, expressed ourselves freely, we built our tents, stood guard in the park, but then around 5 in the morning, a gas attack happened in an incredible way. The police arrived, bombarded the peaceful people sleeping with pepper and tear gas, they burnt the tents. We were all shocked by this. And that’s how the streets were filled with people. Our eyes were filled with tears as we saw the crowds arriving. Police increased their violence and that triggered more and more people to leave their houses and go out to the streets, the more violence received by the police, the more people gathered in solidarity. The more the violence by the police increased, the more unbalanced intellect and sense of humour filled the walls against police by the protestors increased. And then suddenly, the whole country held tight to each other in solidarity and left behind their differences of their countries, races, religions, languages and political views.

Information is More Powerful Than Weapons

During this brutality, the censorship applied to media, gave a first lesson to those who don’t understand the order of the digital world. Today, there are many different ways to get information. Today, the perception is that access to information is more powerful than weapons. Today, it’s been proved and experienced how sharing information can change the perception of people. And just like our President quotes, twitter has become a troublemaker.

After the police violence, those who can't breathe because of the gas, those who are injured from pressurized water from the panzers, gathered each day every day and cleaned up the streets and Gezi Park with litter bags by hand. Everyone supported one and other to be calm and keep the common sense against the violence of the police. The intellect and sense of humour decorated the walls of all the streets against the violence of police. Even though the cost was three young people's lives from the violence of the police, the persistent behaviour of the government still didn't come to an end.

They Tried to Silence us with Violence

Instead of listening to us, to the citizens, this president - just like an authoritarian father - tried to silence us, used violence against us. Instead of understanding what we are feeling, he demanded what we must feel. The voice of patriarchy that continues its violence for thousands of years, this time shouted using our President’s mouth. Obey Me. Destructive, oppressive, persistent and irreconcilable as always. And for thousands of years, all the incidents repeated one more time again and the most brutal violence was used against women at the squares.

We Gathered at Gezi Park to Protect Life

Nature means life. Life must be protected. We were gathered at Gezi Park to protect life, to raise awareness about the effects of urbanisation. Today, the number of us climbed over hundreds of thousands. Across the country, people on the streets holding hands, demand freedom of speech, free living spaces in solidarity, becoming one voice and one heart, and we continue to resist. During this transition period, today what 's being experienced in Turkey shows that, we, as women and men together, hand in hand, despite the unbalanced violence against us, can struggle in solidarity by leaving race, religion, language, ethnic differences aside for freedom of speech and expression, for free living spaces. Despite the unbalanced violence against them. Today, what has been experienced in Turkey, proved that women and men can claim their individual existence without belonging to any religion, any ethnicity and yet this planted the hopes of a new world order constructed by independent individuals. What has been experienced in Turkey, gave hope to all who lost it and even for the first time to me as a writer, who has named one of her novels 'Hope is a Curse' .

And one more time by the favour of you, I'd like to confess all my guilts.

I’m guilty! I want to have freedom of thought and freedom of expression by getting away from all the oppressions of ideologies and religions.

I confess, by destroying the imposed thought patterns on me, I strive to think freely.

I confess, all kinds of escape are generated by fear, nurtured by cowards. I do not accept being frightened.

I’m guilty! I do not accept any of the imposed restrictions upon me.

I confess, I draw the borders of my freedom myself.

I’m guilty! By questioning the things you had taught me again and again, I’m giving up on socialization, from my family, from my beliefs.

I confess, mother, wife, lover, I refuse all the roles you’ve imposed on me.

I’m guilty! I choose to rebel in order to exist.

I confess, whatever you do, I will continue to say no to violence and show passive resistance and answer your unbalanced violence with my intellect and pen!

Meltem Arıkan is a Turkish novelist. She also wrote two plays and contributes to many periodicals as columnist and writer.

Disclaimer: Views here are those of the author and do not necessarily reflect those of Safe World for Women.