Modern-day Conflict and the Global Community 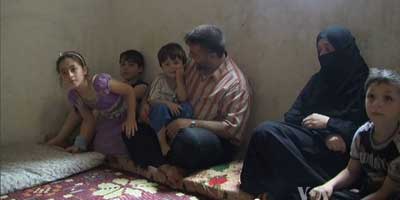 Syria, Iraq, Libya and Gaza/Palestine/Israel: The Middle East is exploding and we are watching.

We have seen these countries in times of war before, with and without western intrusion.

From my point of view, something differs in the year 2014.

Since Facebook, YouTube, Twitter, and other social media, civil society has changed. What differs from the early 2000s and the 20th century is that by now, at least someone in our circle of friends will know someone in or from those countries affected. Maybe even we ourselves are affected or at least we are able to follow the events in those war affected countries via social media.

And most of us probably know someone who is taking action for people in these counties or we ourselves are the ones who are already taking action.

In my opinion, a rise of signs of civil society is urgently needed. So let's show the world our interest, sign petitions, visit exhibitions, follow bloggers and civil society representatives in the media, or blog ourselves.

Let's discuss our opinion with friends, ask our teachers and professors, think critically and take action by having an opinion.

Don't look away – take action instead, however small. It will finally have an impact. Because knowing that other people care is what helps and supports people at least a tiny bit, no matter where they live, love, and pray. 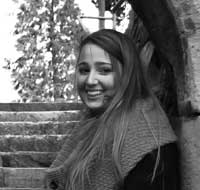 Katharina Maria Wuropulos is a graduate student at the Department of Peace and Conflict Research at Uppsala University, Sweden. She studied her Bachelor in Political Science and Russian at the University of Heidelberg, Germany.

Katharina’s key interests are political and social conflicts in the Mediterranean region and in Central Asia, as well as gender and migration issues, and international security.

She works as member of the working group “Conflicts in Central Asia” at the Heidelberg Institute for International Conflict Research (HIIK), as well as co-organizer of Greek-German youth exchanges, in the frame of the Europeans for Peace programme of the German Foundation EVZ.

Katharina can be contacted via