The Real Empowerment of Women 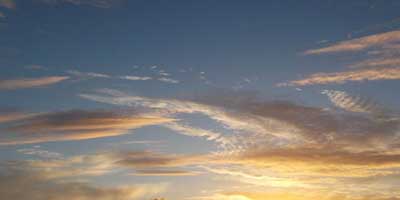 After the fall of the Taliban regime and the US invasion of Afghanistan, women's empowerment has been the integral part of the international agenda. During the past 13 years, there have been some improvements in terms of women’s empowerment and gender equality, especially in Afghanistan, where great efforts have been made to adopt a new constitution that guarantees equal rights for women. The country has also ratified a number of international covenants, enacted a law on Elimination of Violence against Women (EVAW Law), and adopted the National Action Plan for Women of Afghanistan that serve as instruments for empowering women.

In addition, there is some evidence that suggests improvement of women in the political arena. Women have been allotted 25% of the seats in the lower house and 17% in the upper house. Moreover, an increase has been demonstrated in the number of girls going to school, the number of women working outside the house, and women running their own businesses. However, given the amount of time and money invested in the last 13 years, I am not convinced that enough has been done for women in Afghanistan, as there could be much more improvements.

The world has talked a lot about the problems faced by Afghan women, so I by no means intend to talk about domestic violence, women trafficking, sexual harassment, child marriages, forced marriage, rape victims, etc. I know every society has its own problems, and the Afghan society is not any different..

Nevertheless, today is March 8th and in this article I will be discussing women’s empowerment by taking a different approach. But, before I go any further, I want to clarify one thing: while it is not a problem to be called someone’s daughter, sister or wife, the problem often lies in being called a 'woman', where she is often seen as a weak creature; the term 'woman' on its own undermines her capacity, ability and competency. However, I do not agree with this, because women are not weak, nor are they incompetent and lack capacity. Therefore, I personally prefer to define my own identify, without the supportive identity of a male.

I am not saying this due to lack of respect for my culture or tradition, but I am saying this because when I am not called by my name I feel like I do not have any identity. When the world associated me only with my father’s name, I missed my mom terribly. She was the one who carried me in her womb for nine months; she was the first human I knew and interacted with even before I entered this world. She gave birth to me, and had a great share in taking care of me and in raising me, so why am I not associated with her identity? Why is my mom placed in the list of 'supportive category'. Today, my mom is seen as a supportive character, and tomorrow I, too, will be seen in the same position.

I know that my father also had a contribution in my upbringing. But if I compare my mother's and my father’s contributions, my mother's hard-work, patience and capability outweighs my father's role as only being a mere breadwinner. And I want to write about this important distinction today so that future generations of women are not devalued and undermined.

For me, it also had to do more with internal factors than external. Compared to men, the women (especially within places like Afghanistan) are in a much weaker position. We have forgotten that both men and women possess an equal set of skills. Whether these skills are our strengths or weaknesses, it should be up to us to either build on our strengths or define our position, all the while rejecting social norms and conventions.

The following social convention leaves women in a weaker position:

Men do not have flaws:

I am not sure how many of us have heard the notion “men do not have flaws,” while women are full of flaws. Men do not have to work out to look good, because they are born beautiful while women on other hand have to work hard and project her symbol of beauty. It’s we, the women, who empower these perceptions.

Who will marry me?

Look, I am fat. I look ugly. I have breakouts all over my face. I do not have great skin. I am not pretty enough. I look like crap. I do not have the perfect height. Who will marry me? Why on earth should a man become the sole and only priority for us women? Why can we not be self-centric and self-accepting, and stop focusing on what others like and think of us, and just focus on ourselves? It's far more important to know and realize what you like, rather than what others like.

We are women, we should compromise:

Why should we always compromise and settle for something less than we deserve? When we compromise on something we do not deserve it’s the time where we will weaken our position even more. Men and women are equal in dignity and worth. We, as potentially strong, empowered women need to stop feeling sorry for ourselves, and stop pursuing things/people that we don't deserve.

Men are powerful and stable:

No! Men are human beings like us. At times they can break, they can get hurt, they can cry, and they can break down. We women expect a lot from men while forgetting that he is a human being like us. We seem to forget that he has feelings too. We often tend to suppress the emotions of a man, which empowers the tendency of a man to not feel emotions as that of a woman when he is the cause of her wound. Stop doing that!

In our homes, our moms will focus more on the daughter, advise her on how to behave and act; but if the mother starts teaching the son not to harass girls rather than advising their daughters not to go out, it will solve many of the social problems we face in our society today.

So, on this International Women Day, my message to all the women of the world is this:

The government has taken and will take more steps to strengthen women's empowerment; the government will also adopt a quota system for us, but unless and until we are not strong mentally and emotionally, we will never be able to empower ourselves.

What can really help women become influential and empowered is to stop feeling sorry for ourselves and stop thinking of ourselves as "ugly" and "weak." We need to stop projecting symbolic and conventional roles.

Intelligence, confidence, and independence are some of the real values of empowerment. Once we develop them, we will be able to build a happier sense of what it means to be an intelligent, successful, nice, and beautiful woman.

This is time that you, as a woman, will be called by your own identity, and you won’t be known just because you are someone’s daughter, sister or wife.

Happy March 8th to my beautiful mother and handsome dad. I exist because of both of them.

Happy March 8th to my wonderful siblings; you all bring a smile to my face.

Happy March 8th to my friends, both male/female; you add to the color of my life.

Huma Naseri is an Afghan analyst and writes on regular basis for her blog, online news portals and BBC Pashto covering issues related to Afghanistan. She holds a Masters in International Relatios and Political Science.