Maybe not today, maybe tomorrow will be a better day 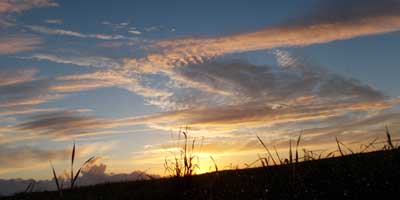 It’s been a long time since I wrote last; however, I can’t let this pass just like any other “unfortunate” fact, the kind of things that you read in any newspaper, or any website, or any headline.

We have been witnessing waves of violence against women through the centuries.

There are tons of programs, worldwide meetings, reunions, policies, articles - all imagining that we can stop violence against women.

But still it is not enough.

I am saddened by the recent news coming from around the globe, starting with news of those who are supposed to protect our children and hold the power to change something - just seemingly sitting and talking. How many laws have been really implemented and enforced? We continue reading about a new awareness program or some demonstration - yes, we are full of 'campaigns.'

Even with so many conventions and treaties, it’s still not enough.

Even as 2014 comes to an end, violence against anyone that is 'different' is on the rise, always targeting the most vulnerable. We still have a long way to go.

We need healing - and that is the hardest part. Particularly for a woman who has left a violent partner.

We still forget those who were there - those who have lived the violence and are still suffering in silence, those who are learning to take one step a day, those who still have so much to tell - but nobody bothers to listen to them.

I have listened, read, and witnessed all of the things mentioned, but what about the trust that was broken? What about the trust that you had put in someone you loved and was meant to be your lifetime partner? The feeling that you are "not good enough” - that’s the saddest part. We have millions of women around the world afflicted with that same feeling. For them, each day is a challenge - just to get out of bed and stand.

A survivor of domestic violence faces a daily struggle that none seems to know, that while a few groups may embrace her, what about those nights when she has nightmares? Or when she's lying awake, sweating, expecting to be hit from somewhere behind her? What about those panic attacks that oppress her chest so much that she can barely breathe and keep going? Or those long showers where she can freely cry without worrying that someone is listening to her?

No-one seems to talk about that. There are successful stories portraying survivors and warriors, but how come none mention that part? What happened to humanity lately?

I'm not talking at all about the famous writer/speaker/survivor. I'm talking about the woman who has a daily internal struggle, daily wishing to wake from an undending nightmare. No-one seems to talk about this part, after she broke the silence and left.

No-one seemed to listen or believe her and still she's struggling to gain her economic independence now.

Why does no one in the congress and the parliaments take action, or so many of the others who can do something to raise a woman’s salary?

Why does it seem that no woman in any part of the world receives the same income as her male colleagues? Is it the assumption that she has somebody supporting her?

Well, maybe the world is changing and we have less committed men now? This could be a terrible statement and would mean that we are generalizing.

Even when a woman fights every single day to overcome her own 'demons' she also  has to negotiate a fair pay... So, in addition to dealing with the heavy luggage of the past, she now has new challenges and struggles. As well as dealing with those who claim that she’s there because she wants it. So, as long as a woman is not able to become financially independent, she is not able to move on.

We need a vision that can help our women. Our next generations rely on them.

We still need education, and psychological and emotional support - and teaching. Yes also teaching. Becoming emotionally responsible and stable isn't something that automatically happens. It doesn't grown on trees, come from the home, from the environment. So we must E D U C A T E to break the circles of behaviour, to set higher standards for ourselves so we're not so quick to fall.

We need to learn that we do not need to rely on someone else in order to keep going. We need to reoly on ourselves and our determination to take the next step. To rise today and get out of bed, to learn to look ourselves in the mirror and realise we are beautiful and strong.

Maybe it can begin with a small list of things to do - I don’t know, I’m not an expert - but we need to do something. Starting with ourselves - and then maybe someone else could learn from it. We never know.

And then everything will fall into place - just maybe not today, maybe tomorrow.

I don’t have the answers or the experience or the diplomas but I do know that it can take years, tears, pain, and more to keep going - that you just feel you’re in a box and there’s no way out.

Just go step by step. Maybe not today - maybe tomorrow will be a better day.