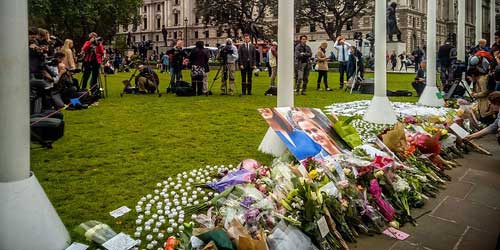 I have loved elections ever since the 1997 General Election when I was 9 years old. I don’t understand quite why it is but they give me an optimist sense of hope and they instil in me a belief in the possibility of change – reinforcing this idealistic notion that the world can be a better place. The fact that, in over the last 10 years since I have been able to vote, I have rarely seen the individual, issue, or party I’ve backed see success has never damped this sense of optimism. Every time it comes to putting my X in that box I once again believe that goodness and hope will prevail.

However, rather than looking forward to the forthcoming EU Referendum, I find myself feeling extremely worried and sad. It is no secret that this was an issue I never wanted to vote on but when the referendum was announced I had hoped it would allow a space for an open, respectful debate. Yet this is something that seems to have been missing by members of both the Leave and Remain campaign. That is not to say there are not moderate, respectful voices on both sides, however these appear to have been drowned out by the barrage of propaganda and fearmongering that has gathered steam in recent weeks. I have become disheartened to see issues such as immigration, the refugee crisis and the economy, manipulated and used by people on both sides for their own political gain. These are issues dealing with real people – real lives – they should not be used so callously and so thoughtlessly by those privileged enough to be in a position of power.

I am also sad to say that, although I was horrified by the appalling murder of Jo Cox last week, part of me was also not surprised. There is only so long such fear and division can be talked about at the very top level of society until it trickles down. And while I believe whole heartedly that neither side would ever have wanted such a horrific act to happen, we cannot and should not forget that it has - and the reason why. We need to re-evaluate our political system; it is time we started challenging politicians to drop the fear and hate and instead develop a system of open honest debate about the much bigger issues faced by both our society and the wider world.

That is one of the reasons why I am going to vote to Remain in the EU Referendum. I know it is not perfect, but at the same time I cling to the message of peace and social justice that the EU represents. I want to live in a world of unity, where we don’t just look at what is best for ourselves but what is best for the world overall. Don’t get me wrong, there are some selfish reasons I will also be voting in. I have friends in the UK who have emigrated here from the EU, while I have friends from the UK currently living in other EU countries – and I worry about how a leaving would affect them all personally.

I will go into this referendum with my eyes open. I know there are issues with the EU, as is the case with any political institution, but I also know what kind of world I want to live in. One in which we are connected to our neighbours across the world, one that sees us working together – at an international level - to solve issues when they arise, where we rely on compromise and understanding rather than responding with violence. I know it is idealistic and almost impossible but I believe in a better world - one where we recognise the humanity in all of us – and I honestly believe if we are have any possibility of getting there then we need to be part of the European Union. Working together, solving problems together, and having open and honest political debate together.

Whatever way you are voting, I implore you to do what you think is right and best, not just for you, but for humanity as a whole. And please do not be influenced by the fear and propaganda. Remember those ever inspiring words Jo Cox gave in her maiden speech to Parliament: ‘we are far more united and have far more in common with each other than things that divide us.’