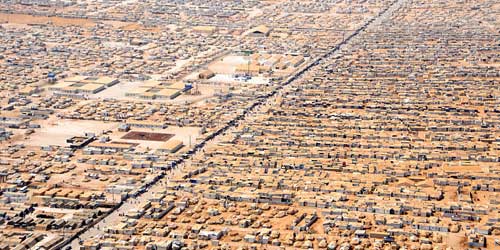 In the tidal wave of support that has swept across the conscious of the British public in the wake of the refugee crisis, there has, unsurprisingly, been those arguing that we should ‘help our own first’. Some of these claims come from the right-wing, racist minority within this country. The kind that shout very loudly in an effort to make us believe that they are somehow more representative of the general public than the rest of us. However, some of these concerns also come from people who are genuinely compassionate people, who are worried about what it will do to our society as a whole if we take in more than 20,000 refugees over 5 years.

So, rather than getting frustrated at the rhetoric that surrounds the refugee issue, I thought I’d explain why I don’t believe it is an either/or situation because we can and should be helping both refugees and the poorest in our society.

Before looking at some of the other issues. I think it is important to understand the numbers when we debate whether we can possibly take more than 20,000 over the next 5 years, especially given the concerns over what this will do to public services. If we breakdown this figure of 20,000 over 5 years, then it works out as about 30 refugees per constituency, which in turn equates to about 6 refugees per constituency per year. It is also worth remembering that some of these refugees will also be an asset to our public services, given that they will be trained teachers, doctors and nurses.

If you honestly think your local authority cannot cope with an extra 6 people per year, many of whom might actually help the local area, then it sounds as though there is a failing at either the local or national government level that urgently needs addressing.

Can we actually afford to help?

We can absolutely afford to help more refugees than we currently are and I think more needs to be done to challenge the idea that we can’t. In 2014 the UK was ranked as the 6th richest country in the world, with an economy worth $2.8 trillion in purchasing power. It is also estimated that during 2013-2014 the tax gap, which is defined as ‘the difference between the tax that should be paid in the UK if the tax system worked as parliament and HMRC intended, and the amount actually paid’, was more than £119 billion. More specifically it is estimated that £73.4 billion was lost during this period as a result of illegal tax evasion, with this figure set to reach more than £100 billion by 2018-2019.

Therefore this idea that we are a poor country who cannot afford to look after our own, let alone take in any more refugees, just doesn’t seem to add up. We are one of the richest countries in the world and we could be even wealthier if action was taken to reclaim the money currently being lost through a broken tax system.

We can and should be doing more to help the poorest within our society, along with a significantly higher number of refugees, perhaps what we need to be doing is asking why our government is currently failing to do so?

How can we take in refugees when there is a housing crisis?

Aside from being worried about the cost many people are understandably worried about how the refugee number will affect the housing crisis. I am not going to deny that a housing crisis exists but I am going to question why it exists, given that there are an estimated ’700,000 “long-term empty” homes in the UK’. This figure has been calculated from local authority council tax data and in reality the number of empty houses may actually be much higher.

Perhaps the most worrying part of all this is the fact that many of these empty homes are not being used as second homes, nor are they being regenerated ready to be lent out as homes to tenants. Instead they are bought by people, some of who are foreign investors who have no plans of moving to the UK or using the property, with the sole intention of holding these properties as an asset.

This in turn increases the cost of housing in the surrounding area, making it difficult for more people to afford housing, while also damaging the local economy and bringing wages down. Not to mention that it also leads to the erosion of local communities, seeing as how more and more people are forced out of the local market and have to move away from the area, so there stops being a community to speak of.

Given all of this I would argue that we should not use the housing crisis as a reason to refuse help to refugees. Rather we should be lobbying the government to do more to reclaim the thousands of houses that already exist but go unused within this country, whilst also advocating for the building and investment of new properties. By doing this it is completely feasible that we can create enough housing to cover the needs for both refugees and UK residents.

Shouldn’t we help the homeless in the UK first?

I agree absolutely that we need to help the homeless in the UK but I disagree completely with the idea that you can’t help refugees at the same time. Aside from the fact we have both money and housing that could be used to assist both if needed, I also think we are confusing two completely separate issues when we talk about them like this. By equating homelessness with refugees we are completely overlooking the situations that lead to people becoming homeless in the first place.

A refugee is, more often than not, someone fleeing for their life and seeking sanctuary elsewhere. The response to their needs may vary but they usually tend to be rather straightforward.

We need to offer them refuge, emotional support, and look at how we can stop the bloodshed that is causing them to leave in the first place – such as tightening up our arms trade.

The way we tackle homelessness on the other hand should be quite different, because the root causes and experiences of people tend to be vastly different. A homeless person may be so because they have fled domestic and sexual abuse, or maybe they are in debt, or perhaps they are substance abusers. There could be a million reasons why someone ends up on the street and the needs of one individual to the next may be very different, it is not enough to assume we will solve the issue by merely giving housing.

Therefore, I’d argue our response as individuals to both the refugee crisis and homelessness crisis needs to be very different. When it comes to helping refugees the UK needs to take in as many as it can, work at the international level to try and find peaceful resolutions to conflicts, and ensure that the UK arms trade is not adding to the problem.

Whereas when it comes to those who are homeless, we need to support organisations such as Shelter, The Salvation Army, Emmaus and St Mungo’s Broadway, who are helping to support those who are already, or may soon become, homeless. I also think we should be buying copies of The Big Issue whenever possible, since it helps people to take control of their own lives, and we need to support The Children’s Society and their brilliant work with homeless children and young adults.

On top of all this we should lobby the government and demand that funding reaches those organisations with the skills and expertise to help the most vulnerable people long before they find themselves on the street. And, when it comes to the case of ex-servicemen, we need to ensure that both the government and the armed services are doing more to offer emotional support and counselling in the aftermath of active duty.

I would also argue we need to do more to stop local councils from passing Public Space Protection Orders (PSPO) which make it illegal for people to beg or sleep on the streets, which is a deliberate attack on those who find themselves homeless.

At the end of the day, whether it comes from a refugee or a UK resident, need is need. When a government has the money and the resources to respond to that need but chooses not too then we need to hold them accountable, rather than forcing each other to choose a side.