By Elizabeth Norman
May 2015 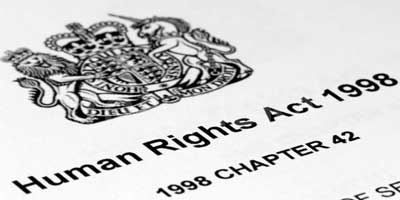 Katie Hopkins, what the right to free speech actually means, and reservations about a British Bill of Rights

Last week I started a petition to the Independent Press Standards Organisation (IPSO) urging them to ensure there is no place in British news for genocidal language, after they rejected complaints about a column in The Sun newspaper by Katie Hopkins, in which she compared migrants to cockroaches and suggested we should use gunships instead of rescue boats. IPSO defended its decision on the basis that the majority of complaints received related to clause 12 of the Editors’ Code of Practice and, since the article did not target an individual, but rather a specific group, it is not considered to be in breach of breaking the code.

As someone with a BA in journalism and an MA in ethnic conflict and human rights, I found IPSO’s decision in this matter to be wholly negligent. The inflammatory language and suggested undertones of violence towards a specific section of our society was reminiscent of the language used by the media in Rwanda before and during the genocide, where Tutsis were also referred to as ‘cockroaches’.  I found it utterly indefensible that the organisation tasked with regulating the press were, in short, condoning the language of genocide on the basis that the remarks were not aimed at a single individual but rather a full group – hence the petition.

No doubt many would argue that Hopkins was well within her rights to state such inflammatory views, as she was exercising her right to free speech, as set out for her both in Article 19 of the Universal Declaration of Human Rights (UDHR) and in Article 10 of the hotly debated Human Rights Act (HRA), which David Cameron’s new Conservative Government has promised to repeal. However, those who make this argument have misinterpreted both documents.

Duty to Respect Other People's Rights

The Right to Freedom of Expression is important in so far as it allows journalists and others to publically criticise their governments and hold them to account, but the Right to Freedom of Expression has to be seen as being in equal partnership with other rights – such as Right to Liberty and the Right to Security. In fact, if you look at the HRA in detail, you would see that under Article 10 it actually states: ‘Although you have the freedom to express your views and beliefs, you have a duty to behave responsibly and to respect other people’s rights.’ It also goes on to explain that public authorities can repress our right to freedom of expression in the interests of avoiding crime, or to protect the rights of others. Therefore, we could argue that, as Hopkins article could be seen as an attack on the rights of others, the IPSO is failing to uphold the human rights of others by not acting on the complaints brought against her.

I believe the HRA is of utmost importance - giving the media industry the freedom to report without fear of persecution, while simultaneously ensuring the press also has a responsibility to protect the human rights of others. Many who champion the repeal of the HRA do so on the basis that we could bring in a system which gives us greater power to express ourselves, without fear of repercussion. However, I am not so sure this would be something to celebrate. The UDHR was founded after the Holocaust, as a way to ensure that such an atrocity never happened again, and giving people greater freedom to use language that attacks fractions of our society betrays the very ideals and foundation of the UDHR was designed to protect.

This is not the only reservation I have in regards to the Tories plans to repeal the HRA and replace it with a British Bill of Rights. First and foremost, there is the matter of what this will mean for the Good Friday Agreement, a multi-party peace agreement by most of Northern Ireland's political parties and an international agreement between the British and Irish governments. One of the very foundations of the agreement relies on the British government enshrining the HRA in law, with part two of the agreement clearly stating: ‘The British government will complete incorporation into Northern Ireland law of the European Convention on Human Rights (ECHR), with direct access to the courts, and remedies for breach of the Convention, including power for the courts to overrule Assembly legislation on grounds of inconsistency.’ Therefore, by repealing the HRA, the British Government could in theory be putting at risk the most important peace agreement it has been party to in the last 17 years.

Protecting Our Right to Protest

I am also concerned that the British Bill of Rights is being drafted by the Government – not by an independent third party. It is already common knowledge that the Conservative Government wants to implement a ‘snoopers charter’ or, as it is more technically known, a ‘Draft Communications Data Bill’, which will allow them greater power of surveillance of individuals within society. This is arguably in breach of Article 8 of the HRA, which states we have the Rights to Privacy and a Family Life, including a right to our own private correspondence. However, by drafting a British Bill of Rights and replacing the HRA with this, the Government can make it so it is much easier to spy on us. Similarly, another right that is protected in the HRA through Article 11 is the Freedom of Assembly and Association. This incorporates our right to strike, protest and join trade unions, which are contested issues among the Tory Party. With the Government having complete control over the new bill, they can in theory draft legislation that makes it hard for us to access these rights.

Finally, I have concerns over the rumours that a British Bill of Rights would include stronger rights for British nationals, while EU national would also have more rights than those from outside the continent. This is just a speculation and could be false. However, if it is true then it flies in the face of everything the UDHR stands for. If you believe in human rights then you have to accept that they are universal and they apply to each of us. I may not like it, but if I believe in universal human rights then even those whose actions I find wholly repugnant, such as Katie Hopkins, are entitled to the same rights as I am. We cannot pick and choose the rights that apply to us and those that apply to others. The bottom line is that if there are human rights for one then there are human rights for all - just like the Three Musketeers say, 'all for one and one for all’.

Petition: Ensure there is no place in British news for genocidal language