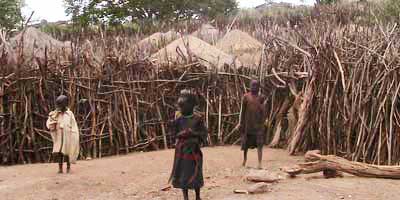 In many parts of the world, women don't know they have rights.

Less still do they know of a 'women's movement' and a 2011 centenary.

In the summer of 2009, I was in Uganda, visiting remote areas - in some places I was certainly the first 'western woman' they had met.

Visitors even from the nearest town were a rarity.

I asked an elderly widow what changes she had seen in her lifetime:

"I'm still gathering and eating leaves. My roof still leaks, only now I can't walk far enough to get the grass to patch it."

Like most of the people I met, she didn't know how old she was. But she was probably remembering back over 70 or so years.

I went to villages where whole families were sleeping on one mat because they couldn't afford another one.

I asked about mosquito nets

'What good is a mosquito net with only a mat to tuck it into? We can't tuck a net into a mat.'

Many of the women were young widows with children, and many women were themselves orphans.

The insurgence, famines, HIV/AIDS, the Lords Resistance Army and intertribal fighting have been responsible for many deaths and almost everyone has lost family members.

I had gone to Uganda to meet with women's groups. There were plenty of them, even right out in the bush.

The succesful ones had a 'rotating fund', monitored by local government representatives. Members each made a small weekly contribution. This automatically excluded many women, who couldn't afford to contribute.

Married women were also excluded, as their husbands wouldn't let them join.

With their funds, these women's groups were able to pay for education for their children, for medical care start micro-industries - chickens, a goat, orange-growing, bread-making.

I asked about microfinance.

"Women can't access microloans because they do not own any assets", I was told.

It was obvious that poverty and sickness impacted even more on the women than on the men and, for women to become economically empowered, was an almost insurmountable challenge.

There was no hundred years of the women's movement here.

So can we get aid to these women's groups?

Ugandan newspapers report that the government feels threatened by finance brought into the country by the already plentiful NGOs. Apparently they feel that NGOs are in danger of running the country.·

It seems to be made as hard as possible to get funds to these women's groups, with maximum possibility for corruption along the way. We needed special permission just to visit the groups, and 'guides' who required a fee which was out of all proportion to the sums of money the groups were dealing with.

I visited one inspirational group which has the systems in place to accept funding which we know will go straight to those who need it: AWARE Uganda.

Kaabong, on the border of Sudan, has seen 25 years of the women's movement, thanks to the perseverance and determination of Grace Loumo.

When Grace Loumo had first arrived in Kaabong, from a lusher part of Uganda, the region was virtually untouched by the outside world. But not in a positive way - in so far as the women were concerned.

Women were 'raped into marriage' and, when they were menstruating, they had to sit over a hole in the ground for the 'period'. Grace found the women had no thought of complaining, of rebelling. That was their life. It was about survival.

Grace took a group of the women to her hometown, where women were more empowered, and this group saw a different way of living.

On their return home, the women planted a fruit orchard.

After many years, they were able to supply the community, and the hospital, with fresh oranges and mangoes. Fresh food in Kaabong is a rarity.

Slowly, over the last 25 years, attitudes have begun to change in Kaabong.

The men have increased respect for the women.

Women and men have set up micro-businesses, making craftwork. Girls go to school, at least for their first few years.

Poverty is ever-present. Drought is an ongoing problem.

Life is still about survival, but at least the women are starting to be more empowered.

In May 2010, Grace was given an award by the President of Uganda for her leadership skills in raising awareness about HIV/AIDS.

I walked 25 years back in time from Kaabong

Several hundred years back in time from some parts of the world.

I walked from Kaabong a short distance to a homestead which was outside the 'safety zone' (protected by the Ugandan army).

A maize of brushwood fences (to hide the homestead from enemy tribes).
Small huts with sunken floors (to protect from enemy bullets).

The women and girls had mostly never ventured beyond the homestead.

It impressed on me, even more, the impact which Grace has had on the women she works with, and that situations can change.