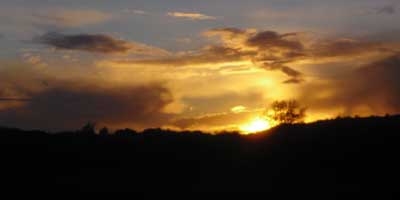 'I never cried when my babies died, not even for one minute,” said one Tanzanian woman. “It is said it is forbidden to cry.

You cry only silently 'kimoyo moyo' (in your heart)."

From 2013 report by Save the Children.

As anyone who has ever suffered the death of a baby will know, it is a devastating experience, wherever you are.

It can feel like a taboo subject and, if you feel that talking about it will help, it can be hard to find someone willing to listen. At such times, bereavement counsellors and friends who have suffered similar experiences are invaluable.

But in many parts of the world, talking and openly grieving are not options.

'Losing a baby is a devastating experience and every mother experiences grief in her own way. But the pain can be especially intense in cultures where a woman’s status is defined by her fertility, where newborn deaths are hidden from society, and where outward expressions of grief are discouraged.' - states the 2013 report by Save the Children - State of the World's Mothers'.

'Because a woman’s value in traditional cultures is usually closely linked to her ability to produce children, losing a baby may severely affect her self-esteem and the way she is treated by others.'

A women who suffers a stillbirth can feel ostracised by her community.

'A study in rural India observed that women who had suffered stillbirths were at higher risk for mental health problems than their western counterparts because of the social isolation they experienced at a time when they were most in need of emotional support.'

It is common, following the death of a baby, to go over and over the experience and wonder if you could have done something differently. At such times, emotional support is vital.

'Women in Malaysia who had lost a newborn reported feelings of emptiness, confusion, anger, anxiety and guilt. “I asked myself, did I do something wrong?” said one woman.'

In some cultures, superstition surrounds the loss of a newborn - adding to the mother's anguish. Taboos mean that she is unable to freely express emotions.

'In rural Tanzania, public grieving after the loss of a newborn is discouraged in order to prevent gossip and bewitchment. Female elders tell the mother that such mourning could lead to infertility and even death of future children. The mother is advised to suppress her emotions in order to speed her healing and prevent another loss. “I never cried when my babies died, not even for one minute,” said one Tanzanian woman. “It is said it is forbidden to cry.'

You cry only silently 'kimoyo moyo' (in your heart).

Here in the UK, the importance of holding a stillborn child, naming her or him, and arranging a funeral, was not recognised until fairly recently.

In many parts of the world, mothers are still not encouaged to connect with, and acknowledge, babies who don't survive. And even actively discouraged from doing so.

'In Nigeria, women are discouraged from seeing or holding the body of their baby and it is often buried quickly in an unmarked grave.

The baby is not given a name and there is no official mourning process.

Women are told they should not talk about the loss.'

Access to counseling is essential following the loss of a baby.

In some countries, professional emotional support is virtually non-existant.

In Bangladesh, it is reported that there is an average of just one psychiatrist for every 2 million people.

'Women in Bangladesh reported feelings of guilt and experienced high rates of depression. They also experienced deterioration of relationships with their husbands and husbands’ families. The authors of one study concluded there is an urgent need to develop mental health services for mothers who have suffered perinatal loss, a daunting challenge in a country with only one psychiatrist for every 2 million people. Their recommendation: A special approach using community health workers with training in culturally appropriate mental health care.'

All Our Children - by Chris Crowstaff

Facing the Unimaginable - the Story of my Baby - by Chris Crowstaff