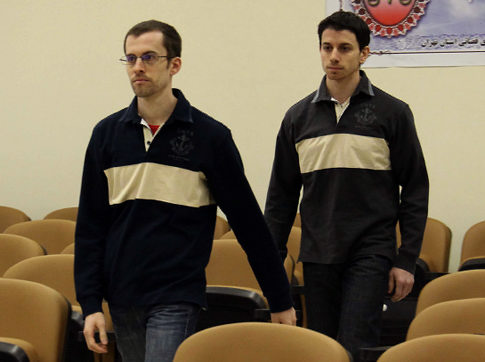 The news that Shane Bauer and Josh Fattal have been freed, will come as a tremendous relief not only to their families but also to the thousands of supporters throughout the world who have campaigned for their freedom.

Throughout 2010, Chris Crowstaff founder of Safe World for Women, was intimately involved in the campaign to free the third hiker, Sarah Shourd....

Eight weeks after their visit, Sarah was released and I felt elated.

But my elation was tempered by the fact that Sarah's fiancee Shane and their friend Josh were still in prison.

The campaign wasn't over.

This summer Sarah came to the UK and I accompanied her around the TV studios.

Before this started I had never heard of Sarah, Shane and Josh.

There have been many dashed hopes over the last year and, like many, I had stopped hoping and refused to believe it until it happened. And now it has.

I can only begin to imagine how Sarah and the families feel.

The work that Safe World did to support Sarah Shane and Josh is only a very small part of the worldwide campaign.

This work wouldn't have been possible without  the unending support of a few journalists, in particular Martin Fletcher of the UK Times and Jane Chambers of BBC World Service.

The second the news came through that Shane and Josh have been released, Martin was on the phone again to me, this time to say 'congratulations'.