My half-century and changing times

My half-century and changing times

By Chris Crowstaff, founder of Safe World for Women. Sept 2011 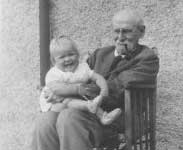 My mother, born 1936, with her grandfather

Age is only a number.

On the other hand, reaching a certain age does sort of make you stop and evaluate your life.

And to look at that elusive thing – time. Where does it go? I’ve been here 50 years and I’ve still barely got time to write a blog!

The young and old

The children are now teenagers. But as the children turn into young adults, at the same time our own parents get older and we find ourselves with new responsibilities.

My husband shares with caring for his aging father who has mild dementia. I often think about the situation for a woman who has no such help. For those women who, due to culture or poverty or both, are the only carers for children and aging parents.

Of course there are men who are single parents and carers too. But, throughout the world, there are many more women than men who are bringing up children or caring for parents.

At the same time, there are many more men than women in high levels of decision-making - in governments, in peace negotiations, in economics and in business.

Which of course is not surprising. As so many women are multi-tasking between different caring roles, and very often other work too. Women are often too busy to offer their input to high level discussions, or even discussions at a local level.

I wonder how many men in positions of power really understand the full implications of their decisions on the world’s women and children.

If women had an equal say at economic and political levels, I very much doubt this would be the case.

"If there is not direct discrimination, I think in a lot of places men don't think women can do things – and that's because they don't understand how they do them. I've heard things like: 'Is she tough enough?' I think I'm pretty tough.

It only changes when you get enough women.”

A century is not long

When my grandfather was born, women in the UK were still some way off getting the right to vote.

Even though the ruler was a queen, women were not encouraged to read or write and, those who did so were often actively discouraged from reading newspapers. There were no women at all in parliament (except the queen as head of state at its annual opening!). Most women stayed at home caring for the family.

Women very rarely travelled alone. In any case, only wealthy women could afford to travel much - and they were restricted by their clothing - corsets, high heeled shoes and full length skirts. It was not acceptable for women to show their ankles.

Women had big families and pregnancy was dangerous for both mother and baby, especially for poorer families.

To my teenagers, this sounds like something out of the history books or a geography lesson. But, in reality, it’s only a very few generations back, here in the UK.

My grandfather was born in the Victorian era, in 1895.

My father-in-law, who I’m busy looking after at the moment, was born just over two decades later in 1922.

It’s easy to feel frustrated sometimes with his attitudes. Until I remind myself (and my youngsters) what he’s been through in his 89 years, what changes he’s seen, what he’s had to adapt to. And how well he copes - despite all the changes.

Children of the Sixties

As a young child myself, in the sixties, I sensed that young people had very different ideas to previous generations – that times were changing. There was a sense of hope. 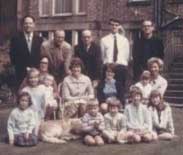 I feel that, today, many people have become disillusioned and impatient.

But a century is not a long time, in terms of generations. Patriarchy has been entrenched for so many centuries, in so many countries of the world. Attitudes have become ingrained.

Even in the so-called ‘developed’ world – the concept of equal rights and women's rights has only been around for a very few generations.

It takes time for new attitudes to filter into the board room, politics, government and peace negotiations. Women are continuing to bring new attitudes and new approaches. And that is bringing more women. I do believe the internet is speeding up the process of change and that things are happening faster now.

I take heart from thinking how astonished my grandfather would be now, to see women participating at every level of politics and business, even though still in a minority.

The future and changing attitudes

My dream is that, by the time my daughter reaches 50, women will have more than just a vote: that it will be the norm for women - throughout the world - to participate equally at every level in the decision-making process and that all women will have a voice.

I have no doubt that will change the world profoundly, in a positive way, particularly for women and children.

Perhaps that’s not as far-fetched as it may seem!