There and Back Again: An African Tale 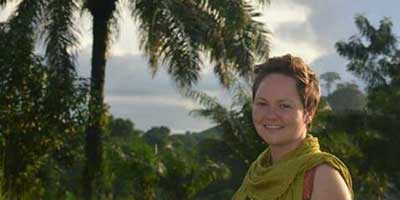 “No other continent has endured such an unspeakably bizarre combination of foreign thievery and foreign goodwill.” ― Barbara Kingsolver, The Poisonwood Bible

Sierra Leone, where do I start?

To be honest, there is no witty or interesting way to begin a story that is three months long. I have stared at my screen for half an hour trying to do just that and failed miserably. I do not wish to write a chronological account, because that would be immensly boring and I do not just want to recount events; I wish to shed a critical light on certain experiences that I have had. I wish to bridge the gap between my experience in Africa and you the reader. I hope to inspire, inform, and challenge your thoughts and knowledge on Africa and especially Sierra Leone.

Upon arriving home I was asked a lot questions but the most common question was, "What shocked you the most?", to which I would reply with a resounding sigh – and a resigned laugh.

The heat was the the first shock I received – it was like a wall of water tryng to force it's way into my lungs. I was feeling pretty stupid standing in my jeans and boots as the sweat began to pour off me 10 minutes into arrival. Six of us packed ourselves into a small 4x4 which was even hotter than outside; we all laughed it off nervously and began to sing This Is Africa .

The toilets on the ferry were vile, but apparently of a lot better standard than the private ferry next to us; this was hard to believe, especially when the temperature began to rise and carry the smell of the toilet around the ferry.

I learned very quickly that I had a particular talent for sweating a lot; while others would be mildly damp, I would look like I had just taken a shower. I thought this was my body acclimatising to the weather...apparently not; the whole time I was there, I sweated like a yeti in a fur coat. My proclivity for sweating copious amounts became famous within the group and the term sweating was soon replaced with 'Denise-ing'. This is of course my proudest achievement of the whole trip.

Finding food was difficult; this was an issue/shock that I only experienced when we were in our respective placements, as food was provided for us when we met as a group. I don't know about anyone else, but for me breakfast didn't exist for two months. I waited until 12 to eat and even then, it was a piece of short bread that the women and children would be selling along the road. They were affectionaly known as Kill Drivers. I ingested a lot of sugar, partly because my body was losing sugar and salt through sweating so much and partly because the safest and most convenient foods were sugar-based.

One thing that I missed was having a decent cup of tea – you couldn't just have a quick 'cuppa tea', you had to light a charcoal stove which was a nightmare, and even then it would take, what, 40 minutes for the water to boil. First world problems, eh?

There was one food-based beacon of hope and that was The Clubhouse, a bar/restaurant that funded Street Child, Sierra Leone. It sold European style food for a small fortune and had a T.V.; we really couldn't want for more. I spent a lot of time there when I was feeling down or homesick; chicken nuggets, chips, and Minute Maid every time. Fruit was limited to bananas and mangos, apples were expensive and scarce which meant I nearly cried when I saw a bowl of apples sitting on my kitchen table when I arrived home.

The reaction from Sierra Leoneans to white people was hard to get used to: they would call us 'Oputo' and the children would want to touch and talk to us constantly. When I was in the hospital, two children stared at me from the open door because they had never seen a sick white person before; their shock was evident from their sharp intake of breath and wide doe-like eyes. Some would touch my freckles and tell me to go to the hospital because I was sick; others saw us as a source of wealth (which isn't entirely inaccurate) and asked us for money and/or food.

In Freetown, a 15 year-old girl asked me to adopt her; I was so shocked that I just advised her to look up international adoption laws online. The stupidity of my response still makes me cringe. While Kristine and I were sitting in the middle of Makeni city, under the clock tower a woman tried to sell her newborn baby to me – I almost threw up and all I could do was walk away and try not to cry.

I have painted a fairly negative picture of Sierra Leone, which was not my intention; there are so many positives things about Sierra Leone and its people.

What shocked me was how everyone dances, even the children. I found myself dancing with them, losing my inhibition and really falling in love with their passion and energy. Sierra Leone is 60% Muslim and 30% Christian and is one of the most religiously tolerant countries in the world! They say each other's prayers, go to each other's schools, and even marry each other. They have the upmost repect for someone's faith, no matter which religion they adhere to.

Sierra Leonean's express their love so openly and in such a raw form that initially it can be intimidating; however, now that I am back in Ireland. I miss their passion and constant out pouring of love for others.

Women openly breast feed and are not self-concious about their bodies, they do not care about weight and love nothing more than posing for the camera, screaming "snap me, snap me!".

Most of all, I miss how giving and helpful the people are; our national volunteers taught us how to hand wash our clothes, cook, and where to find food. Our neighbours always greeted us in the morning and brought our washing in if it rained. When I was in the hospital, my Field Officer's sister washed my feet with her bare hands as I was connected to my IV [intravenous drip].

You cannot learn selflessness from better teachers than Sierra Leoneans.

Sierra Leone shocked and scared me sometimes, but it also taught me a lot of lessons on how to be a better human being; it gave me an insight into what poverty will do to people and made me question my place in the world.

Also Read: The Silent Abuse of Girls in Sierra Leone - by Denise Donnelly