The Silent Abuse of Girls in Sierra Leone 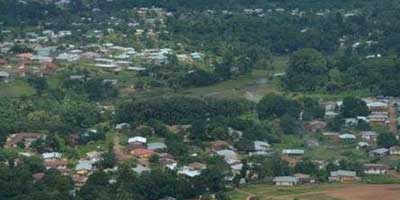 'Who Won the World, Girls'

“It’s not what you call me, but what I answer to.” ~African proverb

Whenever I think about writing a new blog I will usually have an idea of what form and focus it will take. I'll write down a few ideas on my notepad then stare at my screen for a good half an hour before anything happens. I am sure you have already guessed that this piece will focus on women in Sierra Leone.

Initially I thought of finding some relevant statistics to start it off, but my internet is bandwidth-challenged and loading a big website like the WHO for example can take up to 5 to 10 minutes. So I have decided that instead of throwing statistics at you, I will do what most of my other blogs end up doing; telling you a few wee stories.

All names have been changed to protect the identity of the individual.

The women and girls I met in Sierra Leone were beautiful, passionate, strong, and fierce (when they needed to be and they certainly needed to be). Abuse was common and in many cases accepted as part of life, by the abuser, victim, and society. I have described the system of abuse to many people as follows; men abuse women, men and women abuse children, men, women and children abuse animals. However, I would like to clarify that this is not the case for all Sierra Leoneans, this is a model of abuse I witnessed when abuse did occur. I became very good friends with a young woman around my age, she was attending the local university in Makeni city and was one of the most beautiful girls you have ever seen. We will call her Sally.

One day Sally was helping me cook (I really struggled to cook on the stove and any help was appreciated by me and the people risking their taste buds); we got talking about relationships and she told me about her ex-boyfriend and that she had split up with him. When I asked why she told me that he beat her, very badly, that her face was swollen up and she had a busted lip. Firstly, I was shocked that she had been beaten so badly and secondly, I was shocked and impressed that she was the one to end it.

As much as I admire Sierra Leonean women, they are not the most assertive of females; in my IT and Career classes, they would be the smallest in number and would remain silent the whole time. This was not just a choice on their part but was sometimes reinforced by a few of the male students in the class. If I directed a question at one of the girls a man would answer for her or if I asked her to do something on the PC, a male student would take the mouse off her and do it. This was infuriating to say the least and I had little tolerance for it.

This is one of the reasons why I was so shocked at Sally's assertiveness, especially when she told me that she still had feelings for him; at that point my heart broke for her. Sally not only had to wrestle with her own conflicting feelings she also had to deal with pressure from her friends and her ex's family to get back together with him. Her friend Sarah told her that some women think that if their partner does not beat them then they don't truly love them, Sally countered this by saying that "you don't hurt someone you love".

I couldn't have agreed more with her.

Unfortunately, abuse of women and young girls does not begin or end there. You may have noticed the issue of Female Genital Mutilation (FGM) has been talked about a lot in the media recently.

I spoke to a few local women about FGM and they told me that it is very common, transcending tribe, religion, and region, and that for many women it is seen as a right of passage.

Sally watched Ellen and I get up off our mattresses and winced; we laughed and asked why she did that? She said that because of FGM, she would find it painful to get up they way we did. She proceeded to show us how she tucks her legs underneath her and gently rises off the mattress, we asked her if she agreed with FGM, she said no and regrets having it done. She made it sound like it was her choice, but something told me that she didn't have much choice in the matter. Despite it being a very secretive part of Sierra Leonean culture, they have festivals dedicated to it every year.

FGM is a brutal practice and is often carried out in unsanitary conditions and with blunt and unclean instruments, which can cause illness and death.

Physical abuse is not the only threat that many Sierra Leonean girls must face; sexual abuse is common and often an accepted fact of life for girls who reach puberty. We spent the summer months in Sierra Leone, therefore we worked mainly in summer schools, which were run by a lot of very young male teachers, some of whom were younger than me (I am 23).

Not only did I question their teaching ability, I also also questioned their motives with a lot of the girls. Ellen came bursting into our room one day after her school shift, she was shaking and on the verge of tears, when I asked her what was wrong she said that the teachers at her school should not be there. To be fair there were a lot more expletives used than that, but it would seriously disrupt the flow of this blog.

After a few cigarettes. she told me that she overheard all of the male teachers talking about how they loved summer school because the girls would were tight clothes, and as they said this they would make lewd gestures and point out particular girls. I didn't know what to say; you can't say everything will be alright because it won't – some of those teachers may be involved in the systematic abuse of their students. Ellen said that they spoke so openly about it that it was obviously an accepted thing to do, even when you were in a position of responsibility.

I thought to myself, "These girls don't have a chance, how can this be fair?".

This blog has been particularly bleak and has focused on a dark and dangerous part of Sierra Leone culture and society; however, time is a great changer. During my team's time in Makeni, we met a guy called Phillip – he was a social worker for Street Child and he told us that he was working on a case regarding a young girl who had been impregnated by her teacher; she was 15.

The teacher refused to take responsibility and he was more than likely going to get away with it; however, Phillip was going through the courts to get this guy reprimanded and it was working. He told us that he was being threatened by the teacher's family as well as being bribed to drop the case, but that it was the right thing to do and he was not going to be swayed.

Sierra Leone's justice system leaves a lot to be desired and, more often than not, works against the victims of crimes, but it is people like Phillip who help keep the young women of Sierra Leone safe.