Women and Politics in Nepal 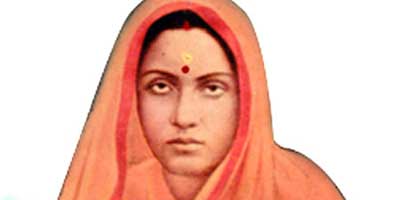 The upcoming election provides us with much-needed perspective on a number of issues. You have the major political parties courting public suspicion by deliberately not fielding any strong candidates against top leaders. This is the latest invention by the so-called heavyweight parties to twist the election story and take a shortcut to winning public votes.

In an interview with Republica, former CPN-UML lawmaker Radha Gyawali said, “As we go through the political parties´ list of women candidates under the first-past-the-post (FPTP) electoral system and their competitors in the constituencies concerned, it clearly indicates that many of the women candidates are likely to be defeated. It is because the parties have named  women candidates just to meet the requirements of the election laws.” True enough, women’s political participation in Nepal has been an uphill battle, thereby requiring strong advocacy for increased rights and the participation of women in the political process. However, the situation remains discouraging to this day.

The Interim Constitution of Nepal mandates that at least 33 percent of candidates for the FPTP system and the proportional representation (PR) system combined be reserved for women. Furthermore, the electoral law for PR seats ensures that 50 percent of all nominated candidates are women. Although women’s representation in political institutions increased substantially after the 2008 elections, entrenched patriarchal norms, gender inequality and discriminatory practices continue to limit the ability of women to participate in and influence political decisions. Institutions such as the National Democratic Institute (NDI) advocate for women’s political participation through leadership training for local women leaders. From 1997 to 1999, NDI helped parties train more than 4,000 women candidates to run and serve as local elected officials. To promote the inclusion of women in politics, NDI supported the Inter-Parliamentary Women’s Alliance’s ability to advocate for increased rights and participation in the political process.

However, gender practitioners claim that Nepal is still a male-dominated society. There is a tendency of leaders to think that women are not as capable as men. Various reports have validated that the few women in political positions were mostly from the upper castes, were close relatives of male politicians and were largely subordinate to male members and leaders. A considerable number of female leaders who made it into the 2008 Constituent Assembly was new to politics and most of them felt a high degree of loyalty to their political parties, making it difficult for them to articulate their own agendas.

I am not sure how far this gender issue will sink before it rises. However, this month’s election is the best time to draw the line.

On one side of the fence, you have the record of political leaders from the previous years to go by. A regime of public officials asking for more than they need, or can possibly use, from buying luxury mansions to accusations of using dozens of stolen SUVs and cars, aiding the party leadership to protect criminals and corrupt elements and financial embezzlement that collectively raises questions about the ideological purity of the leadership. No one seems to have noticed, or minded, that they were all doing this in the name of ‘public service’.

On the other side of the fence are women candidates who were victims, survivors and those that waged armed conflict, and thus have a major stake in reshaping the future political development of the country. Nepal’s latest demographic census revealed that women constitute 50 percent or more of the population, hence their contribution to peace and democracy can provide a more accurate perspective of all segments of society.

For comparison, the Nepali winners of the CNN Hero award have all been women—the likes of Pushpa Basnet and Anuradha Koirala. What greater proof can one ask that women make extraordinary contributions to their country?

At the very most, Nepalis have forgotten that their country was once recognised by a woman revolutionary leader who died fighting for her principles. The story of Yogmaya Neupane is an example of a leader who confronted the Rana rulers demanding good governance. She lived with her head shaven, dressed in a single white cloth, meditated in caves with young widows, free slaves and members of the untouchable Dalit caste as followers. Based on historical scriptures, when her demands for good governance did not translate into actions, Yogmaya and her 67 followers hurled themselves into the raging Arun river in a final act of rebellion on July 14, 1941. On  March 8, 2011, a statue of Yogmaya Neupane was unveiled in the district headquarters town of Bhojpur to mark International Women’s Day. Yogmaya’s story raises a lot of questions, apart from imparting many lessons for the elections.

First, it makes you think that you can always complain about how the Election Commission and the police have not done their job in keeping the vote clean and maintaining peace. You can claim that neighbouring countries are meddling in issues beyond their territorial control. And that donors and international agencies are controlling the political scenario. But there are limits to what they can do, whereas on the other hand, there are no limits to what you can do.

Third, every vote must be cast for candidates who deserve it. They only deserve your votes when their work can trickle down to real beneficiaries in the form of goods or services to the people. It is urgent that you not let the country revert back to those that have done it the most harm. Otherwise, you will only repeat your own history—the first time as tragedy and the second time as farce.

Chin Cabrido is an international news stringer and writer.