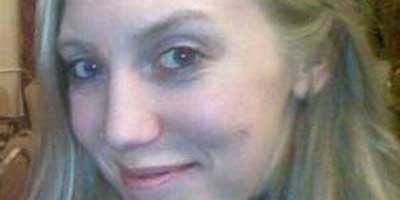 Economically inactive. Outside the labour market. Net recipients. Whatever the opposite of ‘hard-working taxpayers’ is. This the language applied to women all over the world who are, in reality, doing millions – sometimes billions – of pounds worth of unpaid work.

It’s true that low paid and unpaid labour by members of any gender is undervalued in most economic models, but if you’re in the 84.6% of UK women who cook and clean every day, for free, if you’re one of the women working 30 hours a week in unpaid childcare, if you’re one of the women who spends 14 hours a week caring for someone elderly, then, like much of the unpaid labour carried out by women around the world, the useful, constructive, vital work you do is often not even recognised as ‘labour’ in the first place. And when so much of our politics comes back to economics, as long as women are economically invisible, we will continue to be politically invisible.

Even prominent voices on the left keep taking women’s unpaid labour for granted. It’s taken for granted because we’re taught that it’s simultaneously a lifestyle choice and an inevitable part of our biology. Unpaid work is part of the gender role society nudges us into us from childhood – a role which coincidentally just so happens to include the quiet, patient provision of unpaid labour that economic structures depend upon.

The question is not, as it is often put, how to get more women interested in economics. Lack of feminist economist thought itself isn’t the problem. Lots of feminist economists are out there, being exciting and original and intelligent all over the place. Their work just keeps getting ignored. Well, until now. Because it’s possible, just possible, that we are reaching a tipping point in modern economics. The economic crisis, which just happens to be occurring alongside an upsurge in feminist thinking and direct action, could be a crisis that goes beyond the stale and sour pendulum swing from Smith to Keynes to Friedman to Keynes and back again.

Dependence on Goodwill of Paternalistic State

So, where to start? Organisations like the Fawcett Society have been doing great work in looking at austerity and how it hurts women. But that’s still largely working within existing economic frameworks. We need something more radical than an argument about cuts versus spending. The coalition reforms to tax and welfare, for instance, are not bad for women simply because they do or don’t amount to an overall cut or an overall increase in public spending. Women should not need to be dependent on the goodwill of the paternalistic state for our liberty or rights. The reforms to welfare and tax are bad for women because so much of the specific policy detail actively promotes a regressive push-pull effect on women which nudge, nudge, nudges us back into what are affectionately (some would say, inaccurately) known as ‘traditional’ gender roles. The government insists this is not what they’re doing. But whether by agenda or accident, the impact for women is the same.

Take women’s rights as workers. A new study (as if we needed another one) found that 60% of women have experienced harassment in the workplace. And that’s without a breakdown by wage or profession. In some professions it is almost certainly higher than 60%. We must ask if harassment is worse in bars, catering, and cleaning jobs than in office work, for instance? Are receptionists and PAs subject to more or less sexism than managers and directors? Is it worse in professions where male employees or customers feel the most threatened, the most economically disempowered themselves? Is sexism in the workplace symptomatic of a lingering discomfort about our right to be here at all? After all, whatever the intention, it reminds women that yes, we are allowed into the club but we must play by their rules. We must take the banter, we must dress appropriately, whatever they decide that means, we must shave our armpits. We acknowledge, in how we navigate the myriad of microaggressions, that we are, after all, in a male space. We are still guests in the workplace and we are still guests in the economy. That is why David Willetts – famously known as “two brains” and praised for his adherence to rational, evidence-based policy making – was able to blame the rise of women in work for the rise in male unemployment. Women, like immigrants, don’t just do jobs. We take jobs.

The full economic empowerment of women is nearly impossible because the disempowerment of women is actually the bedrock of the world economy. According to United Nations figures, for example, in Asia, over 60% of all food grown is grown by women. In Africa, that rises to 80%. Yet the vast majority of these women are officially labelled by economists and academics as “economically inactive.” (If growing food is not a valuable part of the economy you have to ask what the point of the economy is, and who the economy is for?)

Economic disempowerment is useful to those who would wish us under control; it makes us dependent on the benevolence of the powerful. That often manifests itself as benevolent sexism. We become reluctantly grateful for the generosity of, for example, the government. Needless to say, it’s not a generosity that can be relied upon. Like all benevolent sexists, politicians take praise for what they ‘give’ and deny responsibility for everything they ‘take away’.  And this is not abstract theory. The economic disempowerment of women has fatal consequences.

In a recent report, the Chartered Institute of Housing confirmed what organisations like Women’s Aid and End Violence Against Women Coalition have long known – that cuts to benefits, in this case, the benefit cap for instance, is actively keeping women trapped in abusive relationships.

It isn’t hard to see how a benefits system built to ‘incentivise’ partnerships and ‘disincentivise’ being a single parent (9 out of 10 of the latter being – yes, you guessed it – women) is inherently patriarchal. A whole spider of coalition policies do just that. Some ministers even state it as an explicit intention, such as with the marriage tax credits. The list is long. Universal credit for couples to all be paid in a lump sum to just one partner. Tax cuts for married couples. The marriage incentive buried in the child benefit changes. Through all these policies, women – specifically, women without much money, who don’t fit the approved, gendered economic role laid out for them – are being positioned as recipients, not agents, of the economy. We talk so much about the sexual objectification of women. Where is the anger about the removal of our economic agency? Where is the anger about economic entitlement towards our bodies, our energy, our time, our labour?

Sure Start centres, childcare tax credits, child benefit, housing benefit for single parents, working tax credits for anyone on a low income and/or part time, insecure, inflexible work – all these things are seen as net outgoings, economic expenditure, all of them ripe for cuts. All of them are painted as ‘women’s issues,’ batted around in a scrabble for the ‘women’s vote’ – the implication being both that women are ‘other’ and that these resources aren’t beneficial to the broader economy, only to women, who don’t count as part of the economy anyway.

Thousands of Women Turned Away from UK Refuges

It’s not just numbers on a spreadsheet, in some office. Women are being beaten. Women are being killed. Women’s Aid says refuges are turning away thousands of women a year because of under-resourcing, as a direct result of cuts. Two women a week are now killed by a partner in the UK. Two a week.

We must also remember that this is all happening alongside a growing narrative that, with alarming patience, quietly, slowly, determinedly undermines women’s right to reproductive choice. Sex education is under threat, especially with the rise of free schools, a quarter of them religious. Claire Perry MP said at the Tory party conference this year that she expects the abortion time limit to be revisited in the next parliament, because of ‘new evidence’. And a parliamentary debate recently heard ‘evidence’ relating to sex selective abortions, with furious demands for restrictions on choice and inflammatory, inaccurate claims being thrown about with very little challenge at all. We must remember that many of the smart, ambitious rising stars of Tory feminism hold pro-life convictions, and may be able to salami-slice policy on abortion backwards in a way that Tory men are sometimes less able to get away with.

(To avoid the inevitable derailing of the salient point here, yes, I do believe you can be a pro-life feminist, but the truth is, I don’t much care about whether policymakers are pro-life. What I care about is whether they are anti-choice or not. Let’s leave the messy ethics of abortion, life, and faith for another day: this blog post is about economics, and the fact is, we cannot have a sensible discussion about child benefit, housing benefit, school meals, tax credits, social work or flexible working without unequivocally defending women’s right to control our own reproduction as a starting point.)

Just as welfare and unemployment is all too often approached as if it exists outside the economic model we’ve chosen, rather than as a symptom of it, so the ‘lifestyle choices’ that women make are also constantly removed from the economic context and realities in which they exist. Women do not, in any meaningful sense, choose to be paid less because we want to be mothers. Gender roles dictate which work is to be done by which gender, and then we assign it economic value accordingly.

The intergenerational poverty, unemployment, and educational disenfranchisement at the root of social inequality intersects with women’s rights and choices too tightly to be left unpicked or ignored. We cannot expect to develop any meaningful progress in either economics or feminism without treating them as two sides to the same coin – and without being afraid to profoundly, radically, and unapologetically rethink the painful intersect between the two.