'Breasts are either shameful or not – make up your minds' 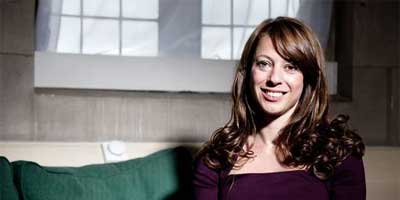 Searching for Gloria de Piero's topless pics? Breasts are either shameful or not – make up your minds

First published by the Independent

Breaking: woman has her very own pair of breasts!

That can’t be the newsworthy bit. No, the exciting bit must be that she revealed them. Voluntarily! For money! But even that’s not quite it. Magazines and papers print images of women doing that every day. So where’s the newsworthy bit of Gloria de Piero’s topless photos?

On reading de Piero’s statement about the pictures - and, more to the point, the news that so-called ‘journalists’ have been allegedly offering large sums of money to get hold of them - I’m reminded of the video by singer Tulisa, after her sex tape was posted online. Some expected it to be apologetic. But I punched the air when Tulisa declared, proudly: I haven’t done anything wrong. I’ve got nothing to apologise for.

When a working class woman, who was herself photographed topless, and is now an MP, tells them what she thinks of their journalism, I can’t help wondering if the gutter press might be hunting around so they can use those photos – the very same kind of photos they try to sell us as liberating and empowering for women – to embarrass her into silence.

What message does would that send? You can pose topless – just don’t become an MP? Show us your tits – but don’t have opinions afterwards?

And the less said about the boring sexual double standard that still goes on, as predictable as death and taxes, the better. Allegations about George Osborne’s sexual past are treated as funny, known facts about Boris’s are painted as charming, while Nick Clegg’s assertion that he’s slept with “less than 30 women” is mostly annoying because of the bad grammar. Yet Gloria de Piero choosing to sell topless photos, isn’t immoral, and far from causing anybody pain, probably brought a number of people considerable pleasure, is supposed to be scandalous?  What would happen if de Piero – or Harriet Harman or Claire Perry or Theresa May – said they’d slept with 30 men?

It’s not just the pictures but the sexist, classist narrative surrounding Piero’s career that the pictures, if published, would almost certainly be used to reinforce. Just look at the way she’s constantly referred to as a “former TV presenter” and even just “TV girl” - instead of, say, a former political journalist, or a former GMTV political editor.

But is it too optimistic to wonder if the dead tree press is coming to be out of step with the public over the immature love-hate relationship it has with mammary glands? So far, people have been supportive of de Piero. Perhaps it’s not surprising. People want a media that will ask questions and tell truth to power, not a bunch of pompous moralising bullies who howl about the closed-club nature of politics only to fill it up with more of the same. As de Piero says: we don’t want politics only open to people who’ve been planning their political career since their teens.