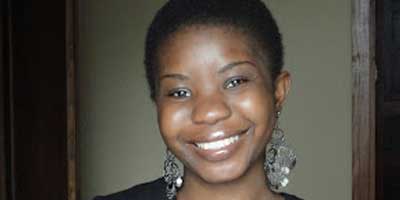 A few years ago, I was a radio presenter for a women rights program called ‘Every Woman’ (2006). Even though my co-presenter and I were still not very clear what women’s rights were, we somehow managed to hold inspiring discussions on air about gender inequality.

On one edition, we got a call from a listener who was sharing her experiences about widowhood rights. She told us of the great love that she and her husband had once shared -- and how all of that was rubbed into the mud and how she was abused and dehumanized, by the traditional rites that her husband’s family put her through during his funeral.

You may not have heard of it, but there is something called widowhood rites in most parts of Africa and perhaps in other parts of the world, too.

These are specific things that the wife of a deceased husband has to fulfill, but there is no such thing as widower rites.

At least, I have not heard of it!

When a wife dies, society sympathizes with the widower.

When a husband dies, the community starts questioning the circumstances surrounding the death of the man and examines ‘invincible’ motives that his wife may have to kill him.

Without any proof or trial, widows are accused of killing their husbands.

It becomes mandatory to show public display of emotions so that people will see how distressed the widow is. Widows who do not cry (screaming and shouting) are considered heartless and unconventional. But we forget that shock sometimes make people unable to cry.

Above all, screaming and shouting is not a yard stick for the display of pain.

Secondly, these women have to mourn their husbands by choosing certain colors such as blue, black, and white to wear every day for six –nine months, one year, etc.

The death of a loved one is a shock that no one really ever gets over. What pain is greater than that?

Some traditions require that during mourning widows should not receive visitors, do any income-generating activity, eat from a normal plate, or share common things like cups and buckets with other people, shave all pubic hair from their body (the shaving is usually done by other women) and all the hair both on the head, ampit, and sit and sleep on the floor until the rites are over.

There are many reasons why widows go through this problem, but it is hardly ever for justice.

Some families use it as a strategy to get back at the widow especially if they did not approve of the marriage and take away the property that the deceased left behind regardless if he had children or left a will. In other communities, it is just mandatory to go through the process because it is considered a thing of shame to lose your husband.

Most women lack the knowledge that it is their right to report such matters to the police; others lack the money to follow procedures, but most often, they fear the consequences of trying to report this violation of their human rights because most police people send back cases like this to be tried in the family by describing it as a family matter.

Can such a community, family, in laws ever reach a fair and just verdict?

Labelled a Witch in the Midst of Bereavement and Poverty

How do you perceive a normal life for such a woman after she has lost her husband and who is suffering multiple human rights violation from her community and in-laws?

Whose character has been defamed and she is labeled a witch?

And who is left with the sole responsibility to look after her children with no money, no dignity?

Cycle of Torture Perpetuated by Other Widows

Our listener was bound by tradition to sleep on the floor and eat from leaves (instead of plates) during her widowhood rites.

She was not allowed to take a shower for 21 days.

Her head was shaved and she moved bare feet throughout this rites. By the end of these 21 days she was sick because she had bacteria on her body and she was traumatized.

What pained her most is the fact that these rites are conducted by other widows – other women, other mothers who have once been through the same process.

How can an activist argue this because the pain is not directly inflicted on the widows by men but by other women?

Patriarchy reinforces widowhood rites by placing more value on the lives of men over women. A woman is regarded as a property under African customary laws.

What Happened to the Great Love & Solidarity Africa is Known for?

Is losing a partner not enough pain?

Must these women be humiliated and stigmatized for losing their partners? What happened to the great love and solidarity that Africa is known for?

As an African, I know that when one person in the community is bereaved, everyone comes together to help them stand up, to console them and reassure them that it will be well again.

This should apply to everyone, women included!