The Myth of Misandry: Fighting for Women’s Rights in Cameroon 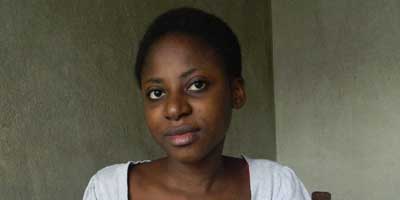 Many Cameroonian men are not familiar with the term misandry, but they will refer to women’s rights activists who hold strong opinions about women’s and men’s equal places in society as man haters.

Why talk about misandry?

Misandry is a tactic used by men to silence women’s sufferings, similar to diverting attention away from oppressive acts by saying, “She is angry because women always have hormonal and emotional constraint problems.”

Misandry is increasingly being used as a means of derailing attention from men’s crimes by blaming women. The claim is that outspoken women have practically chosen not to see anything good in men because they hate men.

Distinctions between misandry and feminism 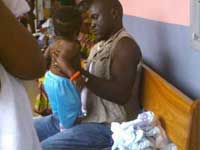 Men who respect women and equal rights: positive role model.Hating men’s actions is not the same as hating men as beings. If a particular group of people will not stop making women’s lives miserable, cat-calling them on the streets, sexually attacking them in offices, sexually harassing them in schools, using their advantages of wealth and power to beat them down psycho-physically into submission, thereby forcing women to accept rules not because they want but because they have no choice, then there is no reason why those men should be praised and not condemned for their acts.

If you are among the group of men who respect women, I’m sure you will never be hated by any woman. Women might hate certain men for certain reasons.

If you have heard women saying generally that they hate men, it means the majority of the men these women comes across or have heard about in highly patriarchal countries have done nothing but oppress women and cause them pain.

It is normal not to love someone who causes you pain, and it is OK to get angry about this. It is normal and OK not to praise rude men for their bad behavior. When the numbers of men who make women insecure and rob them of their freedom reach 80%, it is men who need to check themselves, not feminists.

Frustration comes from trying over and over to stop men from invading women’s spaces while they never try to listen to their struggles or make any effort to help them. Frustration leads to stress and anger.

Anger is a normal, natural human phenomenon. As explained by the American Psychological Association, ‘Anger is an emotion characterized by antagonism toward someone or something you feel has deliberately done you wrong.’ This means that anger does not arise without cause or reason.

Speaking out against societal norms

The insinuation that “I hate men” when I speak out against the disrespect men have for women or question norms that always place men at the top for no justified reason is too common.

We, as strongly opinionated and thinking women, only profess our hatred for men when we stand out against norms that do not benefit everyone, such as:

Call for awareness of gender inequality