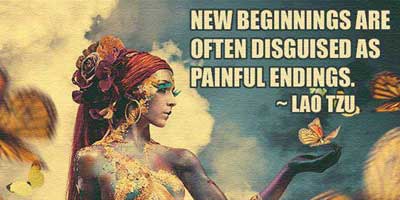 Before everyone jumps on the bandwagon of, "we are so sorry to hear that", please DON'T!!

I decided to blog it because separation/divorce is such a huge taboo and our Muslim holier-than-thou community treats divorced women like plaque. Calling quits on an emotional, financial, psychological abusive relationship is a good thing and not a bad thing. I know coming from the super desi household all women are told to stay in abusive relationships in an unspoken code. Because at the end of the day, marriage is a test from "Allah" and a woman has to go through it no matter what bullshit.... *fumes*

I am not writing this because the woman I am writing about is my mother. My mother and I rarely agree on everything. In her view, I am too strong and a "free thinker" [whatever that means]

My mother has been scared, stressed out and depressed about the whole thing this time. I try to call her more often and check up on her but she worries about other things. For example, her main reason of worry right now is my youngest sister graduating from her school. She does not realises that she needs energy to take care of herself before she can invest in anyone else and that youngest sister is only 13 and that there is time for everything.

My mother says that she will stick by her decision and do not go back to the same nexus of abuse. But I guess that part is yet to be seen... Though I do remember the way he patronized her by saying that she would have zero support [you know being single, separated/divorced w/ kids, with financial debt caused by an abusive husband] and that everyone will take advantage of her emotional vulnerability.

I don't know how much she is ready to embrace the world on her own and if she realises that being on your own is not the end of the world. But I hope she sticks to her guns...

During this whole time [my mother fleeing her abusive relationship with my dad], I have been trying to be objective regarding behavior of my father. But I don't have any sympathy for him. Its not cos the way he behaved with my mother [ and I was the eldest child who witnessed each and every part of it]. It cos he is abusive and the advocate in me refuses to have any leniency for him.

The other day, my father called me after kicking my other sister out of the house [the super diva one who chose to stay with him]. His grande scheme has been to ask me to return to his house because he has space [I live on my own and I am perfectly happy with my space]. This only arose as now he is feeling lonely. I guess he does not realises that I am not 15 anymore and I am way past his manipulation tactics.

In my short life, I have experienced that "good people" are not necessarily good partners. Some people might be great friends and do a lot of social and community work but they are some of the same people who are worst with their intimate partners. Claiming to have great politics does not makes anyone a great person, unless the politics is not applied into practice.

Divorce/Separation especially in South Asian community is seen as a failure of a woman. It does usually nothing to a man. It is only the woman who gets to be blamed for everything. Because its her "duty" to "make it work".

I wish it was OK for numerous women like my mother to stand up and leave. I wish they had the support they needed. I wish we did not have abused as a normalised practice and we did not use the excuse, "It happens with everyone" or "Its OK!"

Also read: Ending the Cycle of Abuse - Part I