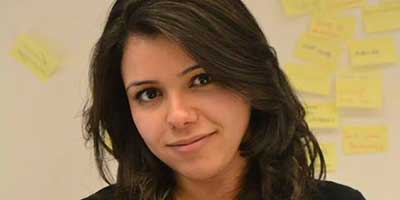 Walking in the street, I was called "ibrony" in Ghana and "Muzungu" in Kenya which means "white". I didn't take it seriously when I interacted with people. I would just smile! but deep inside for the first time I felt segregated because of my skin color especially that I see myself Black but maybe I look White. I see myself black just because people think African means black. I then thought about our racism in Tunisia...how someone would feel to be called "black" in a predominately "White" society as I felt being called "White" in predominately "black" societies. Very Complex Indeed!! I realized how racist and inappropriate are the expressions we use comfortably in Tunisian dialect of the word "black" like "kahloush", "ousif" or "abeed"... also how racist to internationally call a part of the world "Black Africa", "L'Afrique Noire"? so when will we be able to seriously identify and address racism?

In fact, if you google Racism in Tunisia, you will not find any articles, research, videos or documentaries while racism is intrenched in our society ... when we still refuse to mix with black people in the school... when teachers point their fingers to black students as troublemakers ... when we still have seperate buses in the southern cities  because lighter skinned people refuse to take the same bus... when blacks have to address the white with "si"=Mr.  in order to get their business done... when girls refuse to date black guys and vice versa... when marriage with blacks is seen awkward in our society... when white girls get married to black men only they're famous football players... when students who come from around Africa to study in Tunisia feel harshly discriminated... when the media is totally making blacks invisible from the Tunisian TV and society... when black babies in orphanages rarely get adopted... when black people are socially deprived from leadership positions in politics and other fields... why we talk about everything in this democratic transition but racism, what would that mean? we're a tolerant society and we don't have racism, right? it has become so normalized that we don't even talk about it. Now, it's time to first admit, yes Tunisians (majority) are so horribly racists! they commit daily abuses, look down to black people and treat them inferiorly.

When I was in the United States, I lived in the "Deep South", the state of Georgia, one of the most racist southern states. I remembered that in high school during my English courses I studied the different racist expressions that I shouldn't use to call a black person such as "Negro", "Slave"or even "black", it is preferred to call him/her African American and describe them as dark skinned. When I lived in Georgia though, people were comfortably using all these expressions. I realized then racism is alive and well. Indeed, I started observing injustices and inequalities based on racial prejudice. White people eventually get better education and better jobs not only because of their social class but mainly the racism among schools and employers that are predominately white.  As in most of the democratic and undemocratic societies, politics is disconnected from the reality of the communities. The historical moment of a black man running for the highest office in the United States and holding power for two terms consecutively, didn't change much of the racism around the US. Blacks are still associated with crimes, robberies and drugs and only black neighborhoods are considered dangerous!

Now, here in South Africa, racism is also alive and well. In other African countries, maybe it is never about the color of one's skin. If the racial bigotry in the US was fed by slavery, what are the roots of racism in South Africa then? The picture is so sarcastic because only 10% of the population here are white but they are the rich, the elite, the business and landowners. It is even more sarcastic that in the government, blacks hold the office yet black people are the poorest and most marginalized. Most of the South Africans I met outside of South Africa were white and so I thought I would see as many white people in Johannesburg as blacks. Yet, when I arrived at the airport, I didn't see any single white person at the visa desk, customer check or exchange bureau! my first conclusion was that black people are used for the labor force just like in the States. Amazed by the infrastructure and the westernized South Africa, it seems that economic well-being of white people is intertwined with racism and unless it is addressed intentionally and thoroughly, a community building effort will not reach its full potential.

The following day, I went out with a group of friends from different African countries including South Africans,  to an area called Rosebank, cosmopolitan commercial and residential suburb. It was a popular hangout, shopping destination and quite mixed in terms of race. It has a thriving nightlife with cafes, bars and clubs. Then, we head to the "Greenside", very fancy area with about a dozen high-end restaurants but predominately white clients. As we were walking around looking for a nice place to chill, someone among the group felt frustrated and said  "OMG Look at those Caucasians!! I hate white people, I don't want to stay here, let's go back to my people". I was just observing the "hatred" and "racism". We went back to Rosebank and another friend in the car said with a smile: "back to Africa". "now they are coming to us" another girl said.

We were standing on the street talking, where a beggar passed by. From all the people around he chose me to ask for money! as I was the only one who might look "white" for him so I should be "rich", makes sense right? now the funny thing is that few days later, my friend that I just knew for few days asked to borrow money from me instead of asking her friends whom she knows for  years. Both the beggar and my friend looked at me as a mere "rich white woman" -that I am not-

I realized that racism has taken a new form. The racism of white people has given birth to a racist generation of black people too because it perpetuates the unearned privileges of some and imposes undeserved restrictions on other. Young people look up to the history, to how their parents are treated... how people look down to them... how their lands have been literally confiscated... and experience racist expressions and treatment sometimes on a daily basis  so they react also with more racism...

Now the roots of racism in South Africa are more complex. Section 9 of Chapter 2 in South African constitution clearly outlines non-racialism. So people are protected by law from racism. However, the issue has become more of classism and inequality. As wealth remains in the hands of the few that happens to be white.

The experience in South Africa made me think that racism will continue to escalate to the potential for hostility and shape in further new forms if we don't implement policies to stop such institutionalized prejudice. I think in Tunisia, It's time to condemn the Act of Racism in the media, in service organizations, in the workplace, in neighborhoods, at school, in local government... virtually every area of daily life. Therefore, our institutions and systems have to implement policies that promote racial equality to prevent inequality. It starts from an anti-racism education in the school curriculum to recruiting people to board members, executives and managers regardless of their skin color.

On the other hand, as black Africans we cannot go into such a vicious cycle and say: "when they treat us well, we will treat them the same". We cannot feature that enemy as a scapegoat to be blamed for historical injustices. I think with this mentality, it has become no more an outsider stereotype that Africa is "Black Africa", but we are confirming it to ourselves by claiming that's the Africa we want. We shouldn't associate ourselves with the victimization of our social or economic state but actually stand up confident and proud in the "white" circle claiming our existence. Black people who read this, unless they know how African I am, may say: "it's easy for you to say it because you're not black"!  but I believe we can't just wait for the "White" to engage with us and give us a space but we have to claim our place. Eventually, we should change our mentalities while changing the other person's mentality.