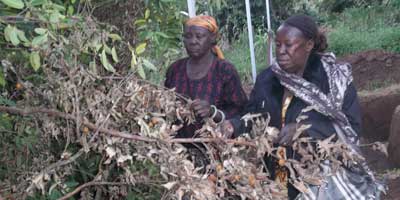 Since receiving the report below, Safe World was sent the following news from AWARE Uganda, emphasising the urgency of the situation:

"Greetings from Kaabong our community has again been stricken by natural hazard, which has displaced about 4,000 people including women, children and breast feeding mothers among others.
We are appealing for support in any kind to help the vulnerable women, children and other communities affected by this natural disaster.
Thank you,
Mrs Grace Loumo, Executive Director/Founder"

Women as Agents of Change

AWARE Uganda was privileged to attend a consultative meeting on Resilience Uganda Country Programming Paper (CPP) to End Drought Emergencies in the Horn of Africa on 14 March 2013, at St. Peter's Community Hall, Kotido, in Northern Uganda.

Response to the CPP by Grace Loumo, Founder/Executive Director of AWARE Uganda, May 2013

The nature of that vulnerability varies wildly, cautioning against generalization. But climate change is likely to magnify existing patterns of gender disadvantage.

So, we would like to bring to your attention the CPP DRAFT; it should be clearly noted that both women and men are the beneficiaries of the project. Otherwise, Karamoja women would have a raw deal, since customarily women are given low status.

Grassroots women are not passive: they do not only receive help –  they are active agents with different capacities to respond to challenges posed by climate change.

Most of the Uganda CPP draft so far has been gender-blind, because climate change affects women and men differently. A gender equality pespective is essential when discussing policy development, decision-making, and strategies to mitigation and adaptation.

Women are not helpless victims, they are powerful agents of change and their leadership is critical.

Women can help or hinder strategies related to energy use, deforestation, population, economic growth, science and technology, and policy making, among others, so let Karamoja agro-pastoralists women appear as the beneficiaries and implementers on the draft.

To improve livelihoods and enhance resilience of communities to drought by transforming the agro-pastoralist and pastoralists sector into a more profitable, integrated and resilient

The Uganda country priorities were summarized into six (6) components below:

The Current Situation on the Ground:

Advanced Food Insecurity in the Communities Leading to Starvation. Most families can't afford a meal in two days

The Implications to the Community

Risks and Consequence for the General Population

Needs for the Community

(i) The first priority for intervention

(ii) The second priority for intervention

Area of Interest by AWARE Uganda