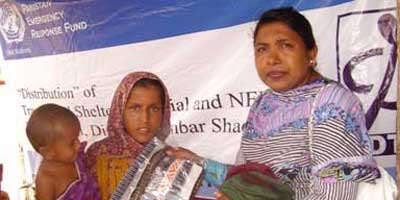 One year after devastating floods wreaked havoc on Pakistan, another one struck in August, leaving tens of thousands affected, homes damaged and more than 80% of crops destroyed.

The UCs Jamali Tehsil Shahdadkot of district Qambar Shahdadkot have been under water, and badly affected by the recent flood.

SDTS proposes to respond to this emergency with shelter and NFI supportAccording to statistics, more than 28,025 people have been affected, 2,803 households were damaged, and 82% of the standing crops have been destroyed.

The survey revealed that non-food items (NFI) are to be considered as top priority.  Winter has started and vulnerable groups like children, women, disabled, and older persons require shelter and NFI.

SDTS is one of the agencies that has been accepted into the revised Pakistan Floods Emergency Response Plan 2010 (PIFERP 2010) as of 17th September 2010.

Those who've taken refuge under the open sky have top priority

We have responded to this emergency by supporting 500 families and 4500 individuals with shelters and NFI for winter.  Women, children, and vulnerable families who are without shelter and have taken refuge under the open sky, will be given priority.

SDTS is the district's focal agency for shelter and NFI cluster for district Qambar Shahdadkot, and is proposing to respond to this emergency  with  shelter and NFI support.

The shelters are locally and culturally accepted, and called Manah or chappar. They are made with Manjhandari (a long wood like bamboo), straw chikh (pattar – reeds, used in roofing), a plastic sheet, and rope, and will be provided to 300 families who are in the open sky.

A total of 4,500 individuals, 2,000 female, older and people with disabilities, will get shawls and blankets, and 3,000 children will be provided with winter warm caps and sweaters.. 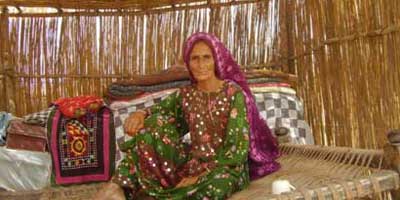