'When I think of the day Farida was assassinated, it breaks my heart' 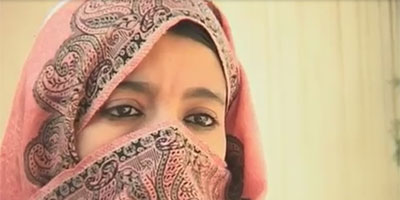 The recitation of the Holy Quran is connected with the first anniversary of the death of Farida Afridi, the co-founder of SAWERA, which took place on 4th July 2013.

All the staff members, including many women, attended this religious ritual which was organised by the SAWERA Management.

Farida Afridi (Late) was killed by unknown militants last year in 2012 while she was on her way to work at the office.

Farida has rendered invaluable sacrifices for women’s empowerment. She was the first woman in our region to take the initiative for women’s rights. As our society is a male dominant society, there are many restrictions about girl’s education and women doing paid work. But Farida did her best to convince her parents; she got an education and took the initiative to establish a women-led organisation with the collaboration of her colleagues - Technical Adviser, Mr Laljan Afridi, and Chief Executive Officer, Ms Noorzia Afridi.

Quran Khwani holds to pray for eternal blessing for Farida Afridi. Staff members from other local and international organisations also participated in this event.

On this occasion Mr Laljan Afridi Technical Adviser of SAWERA said that Farida was a great and devoted lady to her work and efforts, and she took part in every activity held for women’s empowerment with devotion and bravery. Her efforts will always be remembered in our hearts. Everyone offered fateha loyal to her. Ms Noorzia Afridi expressed her feelings with simple words, - “I feel her loss every single day”.

I cannot even begin to explain that how I feel, even today.

Even today, when I think of the day she was assassinated, it breaks my heart.

I can just pray for her at this time as I have no more words to express my inner feelings.