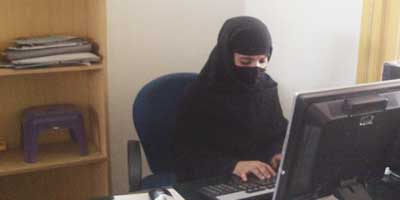 LAHORE: The Human Rights Commission of Pakistan (HRCP) has condemned the killing of Farida Afridi, a social worker, and burning to death of a man accused of desecrating religious text.

In a meeting held on Thursday, HRCP said:

“It is a matter of grave concern that the risks facing human rights defenders and those working to ameliorate the lot of marginalised segments remain very high across the country. HRCP is utterly shocked at the targeted killing of Farida Afridi, whose only crime was working for the uplift of women in an area where they need such help the most.

Two armed men riding a bicycle shot her in the head and fled. The threats to human rights defenders in FATA are as worrisome as the impunity the killers enjoy. The ghastly murder is reminiscent of the killing on December 8, 2011, of Zarteef Afridi, a human rights defender and HRCP coordinator in Khyber Agency. He too was shot dead by two men on a motorcycle. His killers are still at large.

“The HRCP would like to remind the government of its obligation to provide a safe working environment to human rights defenders all over the country, particularly more so in FATA, which faces about the worst turmoil in the country. In such places, journalists, human rights defenders and workers of civil society organisations, who strive to provide essential needs or awareness to the people at great personal risk, have faced perils only because of their role in promoting rights or highlighting violations.

"The killing of journalists, rights defenders and civil society activists in FATA is the latest addition to the prevailing hurdles for those working in the region for the uplift of the marginalised people, especially women.

“The threats human rights defenders face are well known and the government officials are expected to do more than turning up at a rights defender’s funeral prayers. The government must protect them in FATA and elsewhere, given that they face more serious threats than other citizens. The government must not only compensate the family of the deceased for its failure in protecting the life of a man in police custody from ‘mob justice’, but also take concrete measure to avoid such unfortunate incidents in the future. HRCP welcomes the registration of a case against members of the mob and demands that the killers and all others are held to account for their role in the cold-blooded murder.

Taken together, these two incidents once again highlight the level of brutalisation that Pakistani society has reached. Matters will not improve by looking at these incidents separately because they are mere symptoms of a deep-rooted affliction.”

Safeworld staff are heartbroken to receive news of the murder of Farida Afridi.

At a young age, the two women chose to devote their lives to promoting women's empowerment and peace in the tribal regions of Pakistan.

Our hearts go out to Farida's family and to Noorzia and their friends. We hope they get at least some comfort in knowing that Farida has already helped many, in her short life.