Breaking the taboo of sexual violence in Colombia 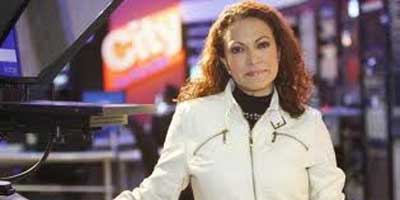 When journalist Jineth Bedoya stood outside the gates of Bogota's maximum-security La Modelo prison one morning nearly 11 years ago, little did she know that the visit would mark her life and convert her into a household name.

The Colombian reporter was there to interview an infamous inmate, a paramilitary warlord, as part of a newspaper investigation that delved into the shady links between the government and right-wing paramilitary groups.

Bedoya never made it to the interview. She was kidnapped, drugged, and bundled into a car by a group of paramilitary soldiers just outside the prison gates.

Three men gang-raped her, tortured her, bound her and dumped her alongside a road about two hours east of Bogota, where a taxi driver discovered her 16 hours after her ordeal had started.

She kept silent about the crime for years.

“I spent nine years in silence. I felt ashamed. The damage done to your soul never goes away,” said Bedoya, 37.

Since going public about her ordeal, Bedoya has become the public face of sexual violence against women in Colombia and for women seeking justice for similar crimes committed by all warring factions in Colombia’s long-running conflict.

“Now I can speak about what happened to me. I realised I could be a voice for all the thousands of women who have been victims of sexual violence, which gives me strength,” Bedoya said.

Eleven years after the ordeal, Bedoya’s attackers have not been prosecuted.

Under pressure from local and international non-governmental organisations, Bedoya’s case was brought to the Inter-American Commission on Human Rights on the grounds that the Colombian state had failed to make headway on the case in a reasonable amount of time.

The slow wheels of Colombian justice, though, have started to move. Two of her attackers, former middle-ranking paramilitary fighters, are now behind bars on charges of rape, murder and human rights violations.

“I formally identified two of the perpetrators two weeks ago. I wanted to confront them,” said Bedoya, a petite woman.

Bedoya’s high-profile campaign to raise awareness about the plight of survivors of sexual violence in Colombia has taken its toll.

“The reaction from some men and even women has been that what happened to me was my fault. It was my fault for going to the prison in the first place,” Bedoya said, her eyes welling up with tears.

Over the years, Bedoya has received numerous death threats and was once forced to flee the country.

“They (the paramilitaries) have taken away so much from me but they’re not going to take away my country,” Bedoya said when asked whether she would consider living in permanent exile.

For her protection, Bedoya has a bodyguard and travels in a bullet-proof car flanked by a police escort.

For nearly five decades, Colombia has been mired in fighting between government troops, leftist rebels, cocaine smugglers and right-wing paramilitary militias. All of these armed groups are responsible for sexual violence against women, according to Colombia’s highest court.

In a landmark 2008 ruling, Colombia’s Constitutional Court concluded that “sexual violence against women is a habitual, extensive, systematic and invisible practice in the Colombian armed conflict”.

The court also ordered the attorney prosecutor’s office to investigate 183 cases of sexual violence carried out by armed groups. Bedoya is case number 62.

Colombia does not have a national register for sexual violence against women and little nationwide research has been done on the issue, making it difficult to gauge the extent of the problem.

But more women are coming forward to denounce crimes of sexual violence, following the demobilisation of over 30,000 paramilitary fighters as part of a peace deal with the previous government.

Under controversial legislation, known as the Justice and Peace Law, paramilitary fighters can confess their crimes in exchange for lenient prison sentences.

“What’s happening now is that networks and organisations of women are coming forward and unmasking a macabre chapter in Colombia’s history,” said Bedoya.

Five years ago, Bedoya remembers attending one of these trials.

“I heard one woman say – ‘They (the paramilitaries) killed my husband, quartered his body, and then two of them raped me.’ This was the first time I’d heard a woman talk publicly about sexual violence. The atmosphere in the room was one of palpable shock. The taboo had been broken,”

So far, of the 57,000 crimes, many of them human rights violations, confessed by former paramilitary fighters, only 86 involve sexual violence.

“Obviously this figure doesn’t represent the magnitude of the problem. When the paramilitary trials first started, state prosecutors didn’t even ask them whether they had carried out rape and sexual violence. They didn’t think it was important,” she said, adding that prosecutors are now asking these questions.

Colombia’s armed groups, including the leftist FARC rebels, use sexual violence against women to instill fear in communities and as a way of imposing social and military control in an area.

“During paramilitary incursions, the order was to rape women as a way of showing their power and sowing terror among local communities,” Bedoya said.

In Colombia, rights groups and the United Nations are collecting testimonies from women and girls who have suffered sexual violence as part of the country’s conflict.

They talk of being publicly degraded by armed fighters.

“We’ve heard cases of women being forced to eat excrement, others being forced to run around naked in a town,” said Saskia Loockhart, head of community services for the U.N in Colombia.

“We’re just at the tip of the iceberg,” said Loockhart, adding that women from Afro-Colombian and indigenous communities bear the brunt of sexual violence.

For Bedoya, a writer and subeditor at Colombia’s leading daily, El Tiempo, the fight to get justice for herself and other survivors of sexual violence continues.

“It’s an invisible crime and a taboo that’s only just beginning to get broken,” she said.