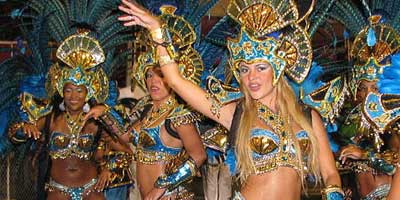 Culture of Rape Continues in Brazil

The country of soccer is also known as a place in which 65% of its population believes that women wearing short clothes are responsible for being raped or sexually abused. At the end of March 2014, some very important news has put all Brazilian women on alert.

Research carried out by by IPEA (Instituto de Pesquisa Econômica Aplicada) – the Institute for Applied Economic Research , revealed some important and alarming data about violence against women in Brazil.

The report went to the media on 27th March 2014; it is called “Sistema de Indicadores de Percepção Social – SIPS, and this project conducted interviews with 3,810 people living in 212 cities in Brazil, between May and June, 2013.

Ipea interviewed Brazilian men and women with some questions regarding violence against women, and the following results surprised even the researchers.

"Women who wear clothes that show their bodies deserve to be attacked?”

65% of the interviewed people said YES.

Another important question was:

“If women would know how to behave themselves, there would be fewer rapes?”

It means that women are 'responsible' for their own rapes and sexual abuses because they did not behave correctly.

Even more so, they did not behave like men wanted them to be: pure, subservient, quiet, wearing long clothes…

Women are raped whether they wear short or longer clothes – clothes are not the problem!

The problem is that men need to be taught to respect women no matter what they wear or how they behave.

In fact, this kind of “respected behavior” was born in the Middle Ages as a form of social control into an emerging male society controlled by religion: women need to preserve themselves, they need to not have sex until they were married, they cannot have sexual feelings or desires.

And now this explodes into Brazilian society. 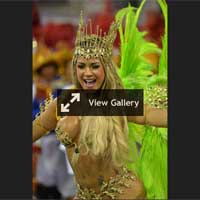 And tourism brings money to the nation.

We need to see nations not just as coins, but as human beings. And the female human being in Brazil is afraid to get out to the streets with any clothes because she can be raped – and she will be the one responsible for that.

Because she is a woman!

No! Sex is learnt and we can educate boys and girls to respect each other, to respect the word NO!

“Should cases of domestic violence be talked about only between family members?"

“When a domestic violence is being committed between man and woman, it is something to be solved just between the couple and no one else?”

(which means that no one must intervene).

Here we can see how society works in Brazil, turning domestic violence into a private issue.

The woman is responsible for her own sexual violence, according to the minds of 42% of the people interviewed.

And for 27% of these interviewed people, a married woman needs to attempt to satisfy the sexual desire of her husband.

Which means that for 27%, is rape inside the marriage is legal?

It is another Middle Ages thought that Brazilian women need to satisfy their partners, because if they were married, it is their role to do that, simple. And most men did not think that having non-consensual sex their wives is rape.

The project studied 12,000 cases of rape that happened in 2011, and more than a half of the victims were less than 13 years old – and most cases had two or more aggressors at a time.

Otherwise, 91% of Brazilian people think that husbands who committed domestic violence must be in jails. There is a lot of contradiction.

It is contradictory because this report says that a woman’s bodies belong to society and not to herself. Brazilian culture and society is still very patriarchal and in spite of the boom of our economic empower, we have a lot of problems that are asking for urgent help. 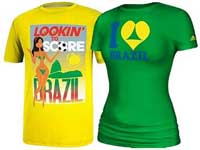 In February, Adidas were forced to withdraw a series of inapporpriate T-shirts, but attitudes continue.But right now the World Cup is the most important issue for the Brazilian Government.

What about our women and girls?

Oh, maybe they are here to invite foreign tourists to participate in sexual tourism. Because…their bodies belong to everyone else but themselves!

So why do 91% agree that violent husbands need to go to jail?

Easy: because violence against women is not socially tolerated by discourses (media, laws, etc), and in this “fake” world of tolerance, it is a bad thing to say that violent husbands did not deserve to be jailed, in a public research report. You will suffer a kind of social bullying for that response.

Do you want to suffer bullying?

But women can be raped because of the clothes they are wearing.

We are a “fake” society!